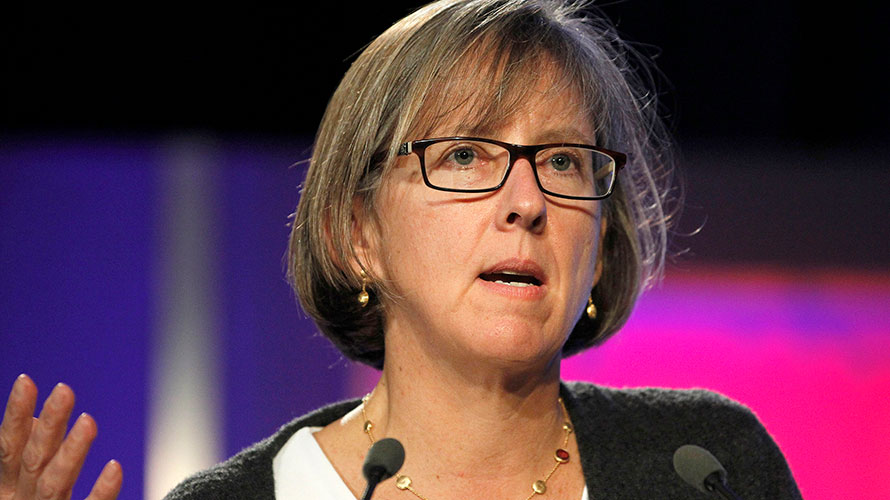 It’s the most wonderful time of the year: Kleiner, Perkins, Caufield & Byers Partner Mary Meeker’s 2018 Internet Trends Report is out.

Big themes in the 294 slides this year: Privacy, ecommerce, China and work. Here’s a closer look at the year, according to Meeker:

Usability improvements are based on data, which creates what Meeker called a privacy paradox: internet companies make low-priced services better thanks to user data; users increase time spent based on their perceived value of said services; and regulators want to ensure user data is not used improperly.

“But it’s irresponsible to stop innovation and progress,” she added.

Transformation is accelerating in ecommerce with 16 percent year-over-year growth in 2017 with around $450 billion in the U.S. Ecommerce is now at 13 percent of retail sales.

And Amazon’s ecommerce continues to increase its share of sales as well—in 2017, it was at 28 percent share with $129 billion gross merchandise volume (GMV) versus $52 billion GMV in 2013, or a 20 percent share.

Another Amazon win: The way consumers search is changing.

Now, 49 percent of product searches start at Amazon—36 percent start on a search engine. What’s more, Amazon is better poised to capitalize on those searches with features like one-click purchasing, which encourage consumers to use Amazon to fulfill orders that result from those searches. Product finding at Google, on the other hand, takes consumers away from Google, so orders are fulfilled by others.

The way consumers discover products is also changing, fueled in part by Facebook and Instagram, which feature ads in feeds.

Social media is driving purchases as well—Facebook leads the way with 78 percent of survey respondents saying they have discovered products on the platform, followed by Instagram and Pinterest with 59 percent, Twitter with 34 percent and Snap with 22 percent. What’s more, 55 percent of respondents said they have purchased a product online after a social media discovery. 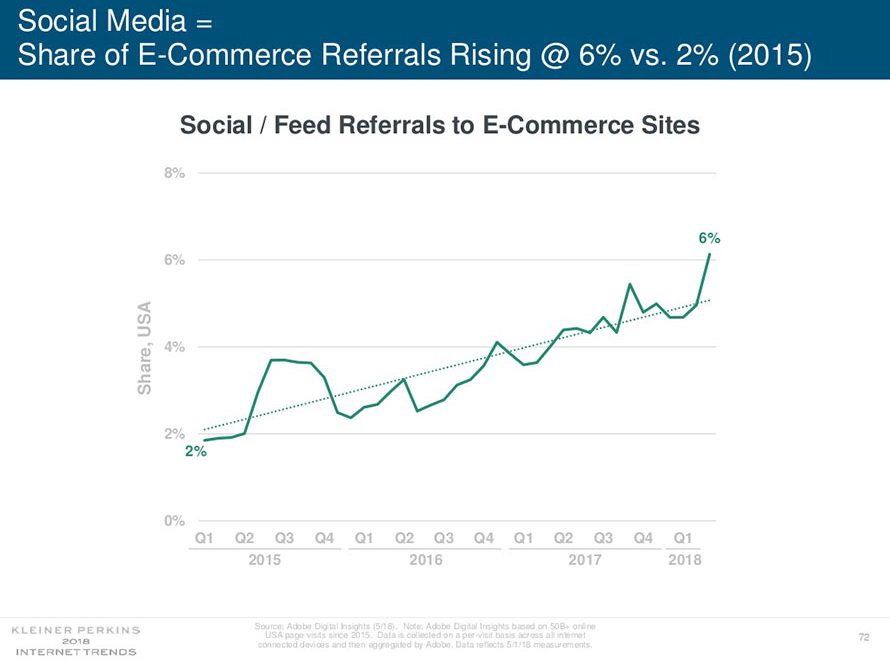 Product and price discovery are often video-enabled on sites like YouTube and Chinese shopping website Taobao and they are often social and gamified on sites like Wish, which offers hourly deals to 300 million users, and Pinduoduo, which invites users to refer friends to reduce the prices they pay.

But Alibaba’s “new retail” vision is starting to take hold in China. The marketplace platform handles billions of transactions each month, which provide insights into consumer behavior. And Alibaba is extending its platform beyond China with investments in platforms in Pakistan, Indonesia, India and Singapore. 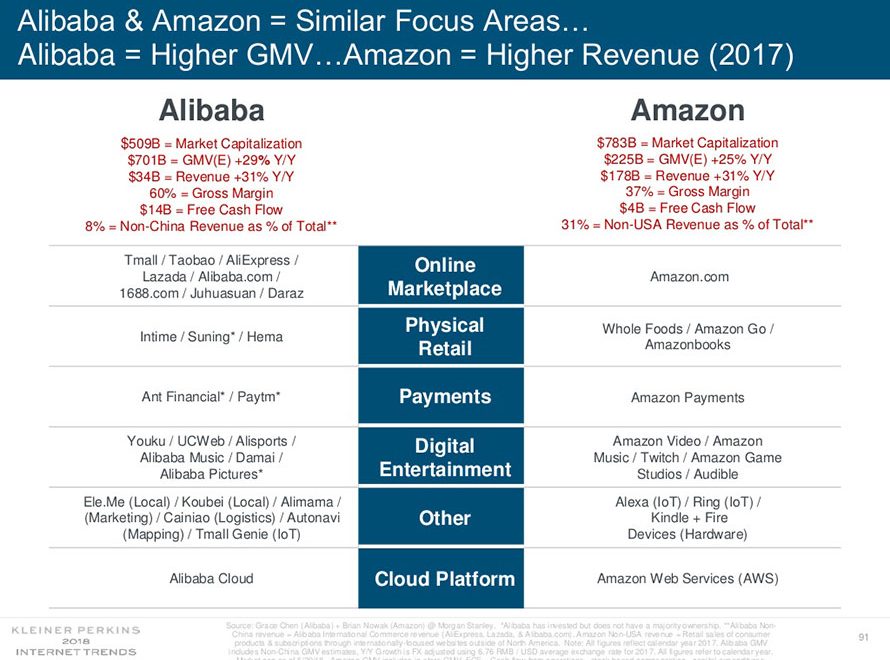 Growth continues in internet advertising. While percent of time spent in media and percent of ad spend declined in print, radio and TV, Meeker identified a $7 billion opportunity in ad spend in mobile as time spent was up 29 percent and ad spend was up 26 percent. 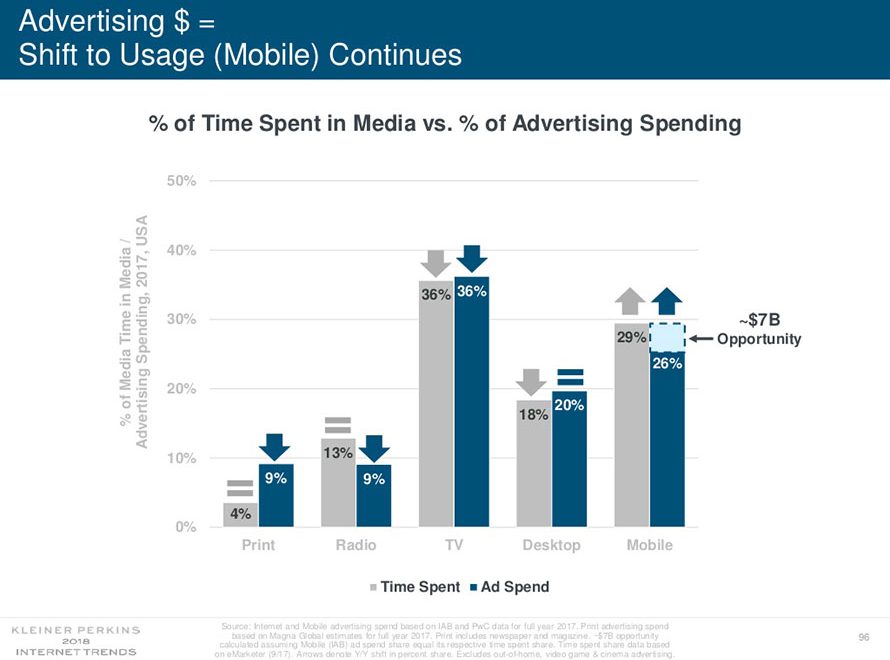