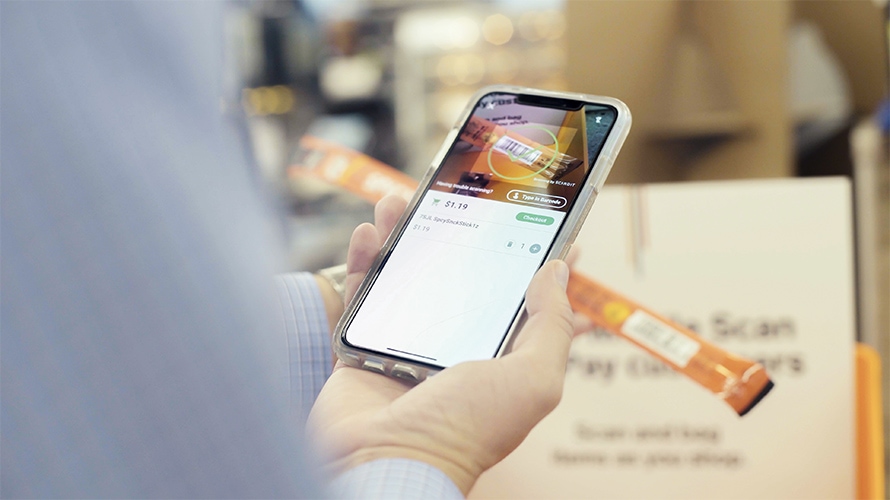 7-Eleven will allow customers in Dallas to check out on their phones. - Credit by 7-Eleven

It’s been a big week for checkout-free shopping in Dallas—just a few days after retail warehouse Sam’s Club announced it was opening its first location in Dallas in which shoppers can check themselves out via an app, convenience store chain 7-Eleven said it is piloting similar technology at 14 locations in the Dallas metro area, too.

In order to Scan & Pay, customers will have to download the 7-Eleven app and register for the 7Rewards loyalty program. They must also be located within the geofenced area surrounding the pilot stores. (7-Eleven is based in nearby Irving, Texas.)

When customers meet these criteria, they will see an option to scan their Slurpees, Big Gulps and Slim Jims and can then check out using Apple Pay, Google Pay or a debit or credit card. After checking out, a QR code will appear on the confirmation screen that customers scan at a confirmation station on their way out.

The technology was developed in-house to “enhance the shopping experience for busy on-the-go consumers,” a rep said in an email.

It’s been a big year for cashierless shopping outside of Dallas, too. The first checkout-free Amazon Go opened in Seattle in January and has since expanded to two additional Seattle locations, as well as locations in Chicago and San Francisco. And, overseas, Chinese ecommerce firm JD.com has opened 20 of what it says will be hundreds of unmanned convenience stores called X-Marts.

All of these stores—7-Eleven included—sell a similar array of goods. In an interview for an earlier story about cashierless shopping, analysts noted the technology is perfect for retail in which convenience is valued, like swinging by to pick up drinks, snacks or everyday items.

But other retailers are starting to experiment with it, too. That includes department store chain Macy’s, which rolled out mobile checkout earlier this year. The feature will be in all 650 U.S. stores before the holiday season.