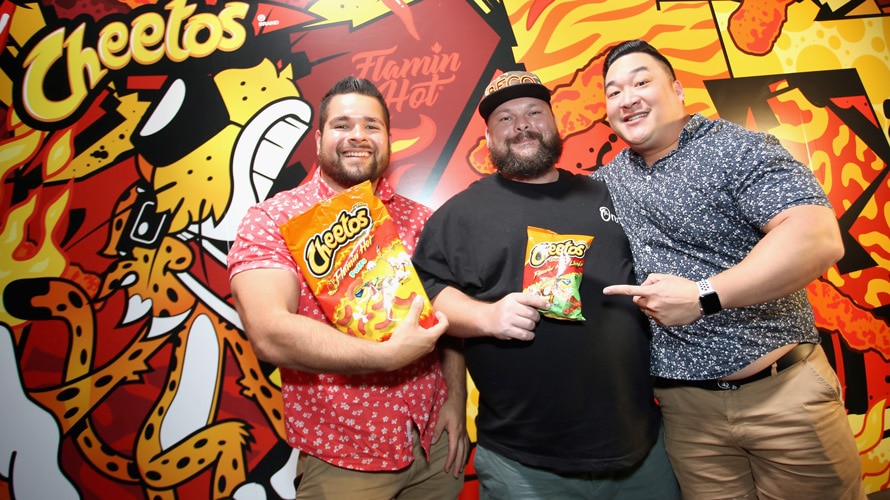 The people are loving their Cheetos. - Credit by Getty Images

For the third straight year, Flamin’ Hot Cheetos is the nation’s favorite snack brand, according to sales data from goPuff, an app-based delivery service that offers more than 2,500 products from 150 facilities located across the country.

Reviewing orders between November 2018 and November 2019, the crunchy version of Flamin’ Hot Cheetos beat out rival chip brands and other snacks like Snickers and Life Savers. Gushers Flavor Mixer came in second place, followed by Funyuns, Ben & Jerry’s Half Baked and Sprite.

GoPuff users were most likely to request their bag of Flamin’ Hots between 8:00 p.m. and 11:00 p.m. in their respective areas, said Daniel Folkman, goPuff’s vp of business.

Frito-Lay did not respond to a request for comment.

This news comes as Flamin’ Hot Cheetos prepares to tell its origin story on the big screen. A biopic directed by Eva Longoria and produced by Fox Searchlight will tell how Richard Montanez, the son of a Mexican immigrant, worked as a janitor at Frito-Lay when the idea for his spicy snack invention came to him. The upcoming film’s title is Flamin’ Hot.

Flamin’ Hot Cheetos certainly seem to benefit from the occasional celebrity endorsement. Recently, for example, Golden State Warriors power forward Draymond Green told ESPN he loves the snack, though he only allows himself one day per week to enjoy it. In 2014, pop star Katy Perry dressed up as a Flamin’ Hot Cheeto for Halloween.

Last month, Frito-Lay debuted a holiday commercial featuring a singing and dancing Anna Kendrick, who gets her mitten covered in orange Cheeto dust after dipping her hand into a bag.

“With brands like Doritos and Cheetos, we are hyper-focused on listening to our Gen Z audience and care deeply about what they think,” Ferdinando told Adweek last September. “We scour the social landscape to learn and understand.”

The Philadelphia-based goPuff, which offers consumer goods ranging from snacks to spirits to cleaning supplies to pet food, is open around the clock in more established locations and from noon to 4:30 a.m. in newer markets.

While Flamin’ Hot Cheetos currently occupies the throne, additional goPuff numbers reveal it should not rest easy. Throughout the past three months, sales of the General Mills-owned Gushers have spiked so high that the company predicts the fruit snack will surpass the cornmeal snack by this time next year.