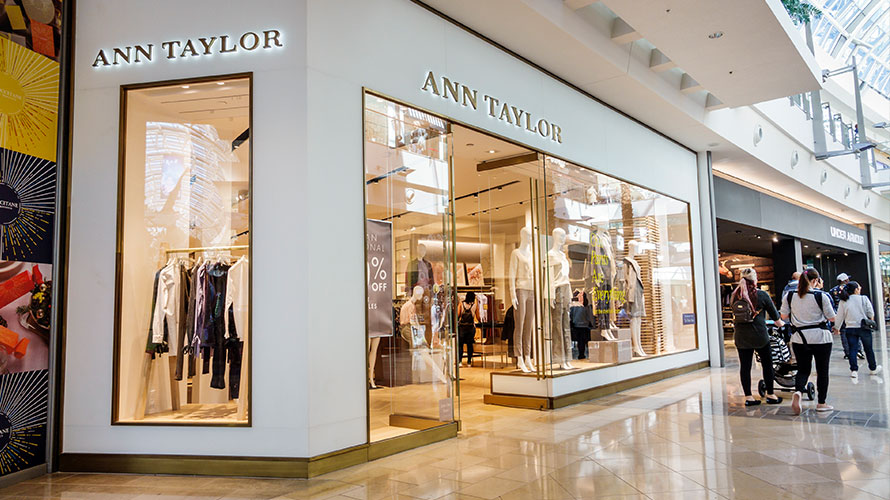 Ann Taylor is one of several retail banners operated by apparel group Ascena, which filed for Chapter 11. - Credit by Getty Images

Ascena Retail Group, the parent of brands such as Ann Taylor and Loft, filed for Chapter 11 bankruptcy protection this morning in Virginia, the company announced.

Tied to the bankruptcy is a restructuring agreement with a majority of its secured lenders, under which Ascena would reduce its debt by about $1 billion, swapping it out for equity. The process would also entail closing stores, including a significant number of Justice locations and a select number of Ann Taylor, Loft, Lane Bryant and Lou & Grey stores, which will be based on reaching “sustainable lease structures” with landlords.

Regardless, the plan includes exiting all stores in Canada, Puerto Rico and Mexico and the closure of all its Catherines stores. Catherines’ intellectual property and commerce operations will be sold to Australian retailer City Chic Collective. The buyer’s stalking horse status, however, means the deal is subject to higher offers from other parties.

Like so many retailers, the company attributed the filing largely to Covid-19, according to Ascena’s interim chair Carrie Teffner.

“The meaningful progress we have made driving sustainable growth, improving our operating margins and strengthening our financial foundation has been severely disrupted by the Covid-19 pandemic. As a result, we took a strategic step forward today to protect the future of the business for all of our stakeholders,” she said in a statement.

In that vein, the company said it raised $150 million in new financing from its existing lenders, which will remain in place post-bankruptcy. Once approved by the court, the injection of capital combined with cash already on the balance sheet and cash flow from operations is expected to be fund operations during the restructuring.

“This comprehensive restructuring, as well as the actions we are taking to optimize our brand portfolio and store fleet, mark a new start for our company and will allow us to expand our customer-focused strategies across her mobile, online and store experiences,” said Gary Muto, Ascena’s CEO, in a statement.

When the Ascena reported earnings in late May, it provided a concerning update, noting that it was weighing all options as the pandemic ate into cash flow and increased the company’s debt. Prior to the outbreak, however, the retail group was already struggling. It put needed investment in digital to stay pace with a quickly evolving landscape, which ate into margins, while facing increased competition. In addition, apparel is increasingly taking a backseat to spending in other categories like consumer electronics. Indeed, Ascena was on major credit agencies’ watchlists for possible default.

Ascena, however, did make moves to adapt to the rapidly changing retail environment before the pandemic hit. Last year, it shuttered its DressBarn banner, once the flagship, closing some 650 stores in the process. It also sold Maurices to OpCapita for a valuation of $300 million, which included $210 million in cash and a retention of a 49.6% stake in the chain. David Jaffe, son of the company’s founder, also stepped down last year as chairman and CEO.

Most importantly, Ascena began a series of acquisitions that would transform it into a wide-ranging conglomerate, culminating in the 2015 $7.3 billion purchase of Ann Taylor and its Loft brand. The move was intended to bring two large, more relevant brands into the company’s orbit, perhaps providing it with a more viable future, but saddled it with debt.