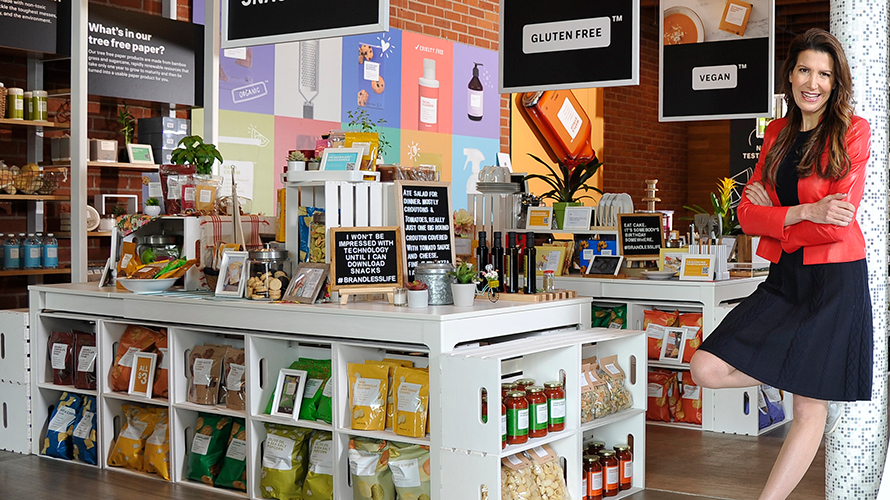 Brandless' new pop-up won't sell anything in the physical store—except for kindness. - Credit by Brandless

This time, though, it’s not luxury shoes or a mattress company. It’s Brandless, a relatively new(ish) startup that sells everyday grocery and household essentials like tissues, toothpaste and tortilla chips for $3 (and donates a meal to Feeding America with every purchase). However, unlike other pop-ups that center around selling products, Brandless is hosting two weeks of programming from May 1 to 13 in Los Angeles with different panels centered around wellness and nutrition. 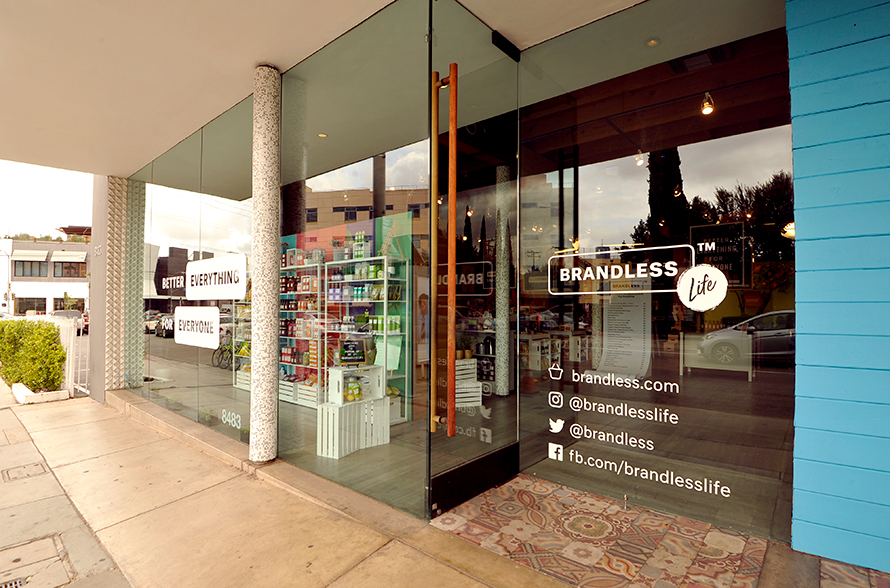 The experience, dubbed “Pop-Up With Purpose”, will be in the West Hollywood area of Los Angeles. Consumers can buy $9 tickets to panels like “Vegan Women of Color: Influencing Lives and Healing Our Cultures” or “How to Quit Your Day Job” with actress Sophia Bush. Brandless is working with Feeding America for a day of programming on May 9 where consumers can meet with representatives from Feeding America and the Los Angeles Regional Food Bank.

Additionally, Brandless is donating 5,000 meals on behalf of each speaker, as well as donating three meals every time someone either tags Brandless or uses the hashtag #Brandless on social media. Brandless will also donate 10 meals for every person who visits the pop-up.

“We’re just trying to be role models, and we’re trying to redefine what it means to be a brand,” said Tina Sharkey, CEO and co-founder of Brandless. “My goal for the pop-up is to really get on the ground with our community and engage in the conversation with what it feels like to feel more.” 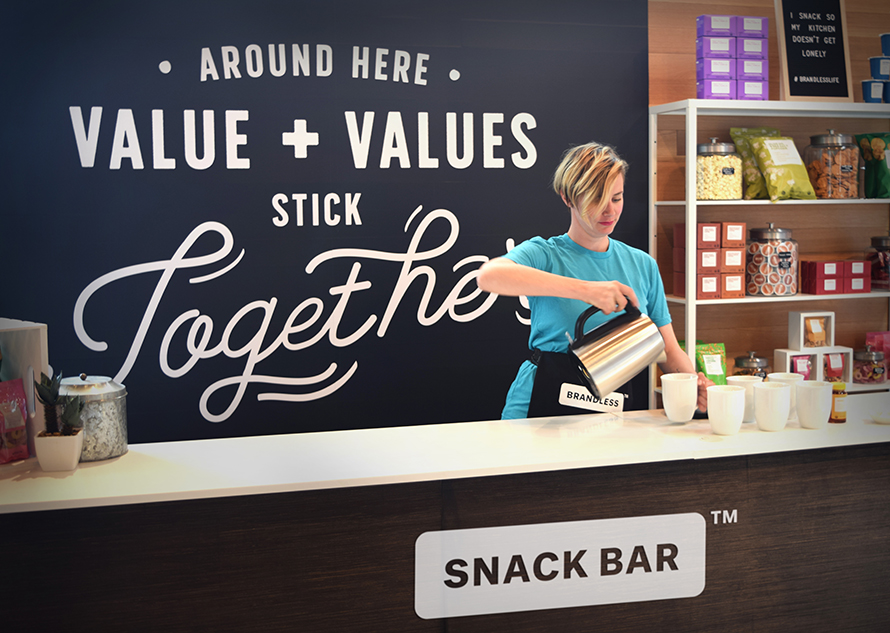 The entire experience is about the Brandless community coming together, which is why no one can come and walk out with any of the company’s products. Instead, Brandless ambassadors will be walking around with iPads to help people build a Brandless box at the store but still ultimately get it shipped to their home.

For attendees who can’t make the event, several of the panels are being livestreamed on the company’s Facebook page as well as on the Brandless blog. The company, which now sells more than 280 products, like partially popped popcorn, recently lowered its free shipping minimum to $39 versus the original $72 at launch. 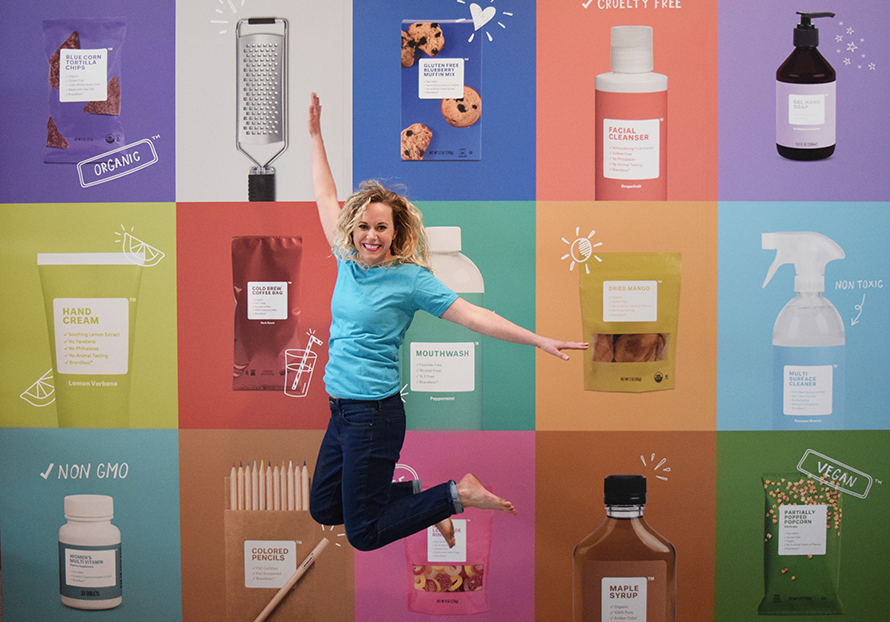 Sharkey wouldn’t say if more Brandless pop-ups will happen in the future, but said this one is a test-run to learn from.

“I think experiences are the new form of media and connectivity and connection,” Sharkey said. “We’re just here to be flexible to listening and learning.” 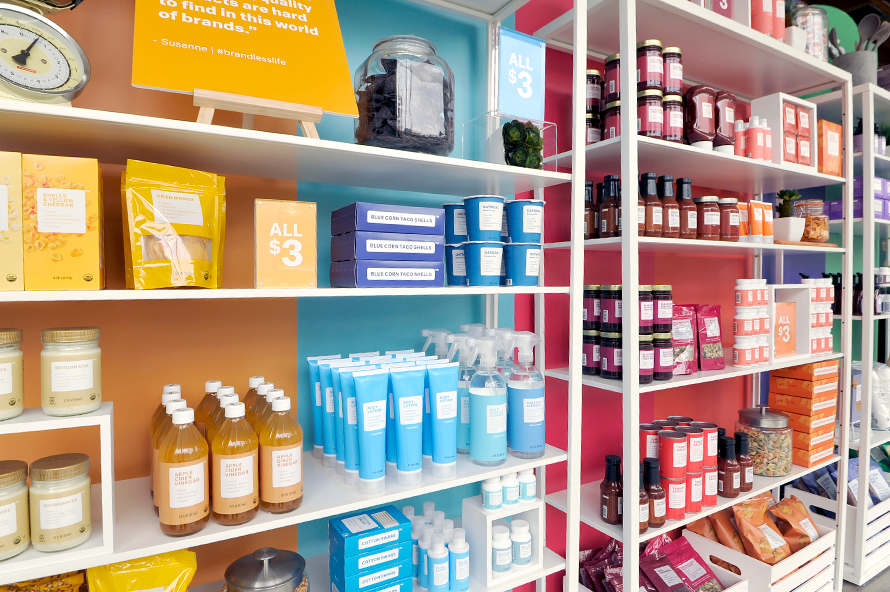