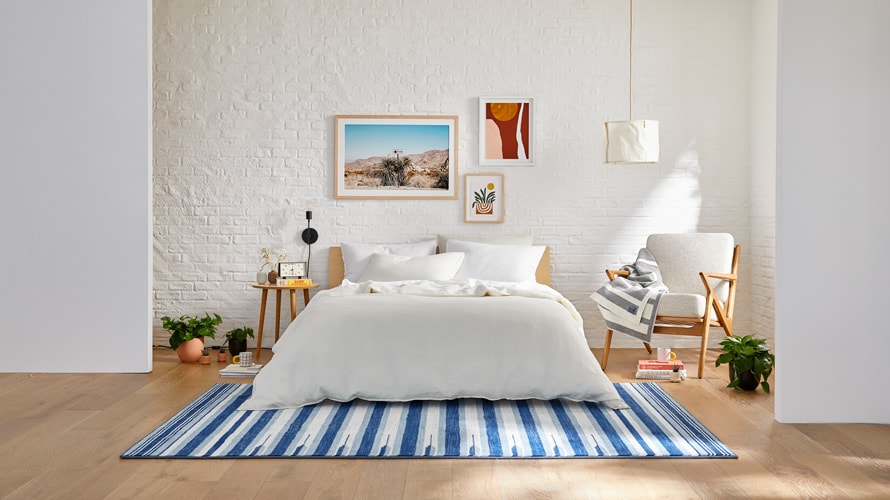 Brooklinen is working with 12 partners to stock its marketplace. - Credit by Brooklinen

Many direct-to-consumer brands are starting to follow the traditional trajectory that legacy companies were once admonished for: Grow into as many tangential categories as possible. Allbirds started its business with footwear and now sells socks; Everlane launched with basic wardrobe staples and has since expanded into sneakers and other product categories.

Brooklinen, the 5-year-old DTC bedding company, is taking a somewhat unconventional approach. Instead of creating new products to complement the bedroom and items it already sells, it’s rolling out a marketplace called Spaces with 12 retail partners.

On the surface, it looks like Brooklinen is simply playing nice with other DTC brands. But the brand is actually getting its tactics from a playbook that several DTC companies—Outdoor Voices, Burrow and others—are already using. In order to scale, sometimes it’s easier for brands to work with each other, rather than extending into new product categories for growth’s sake or opening up a retail presence.

“We have a brand that has really good penetration,” said Rich Fulop, co-founder and CEO of Brooklinen. “People trust us [to] set up a marketplace with a lot of different brands and products.”

The idea behind the marketplace originated from Brooklinen’s pop-up shop in New York last year, where customers kept asking to buy the props the company used to stage bedrooms like an alarm clock or art on the wall. Brands working with Brooklinen include potted plant DTC service The Sill, custom frame shop Simply Framed and Ikea challenger Floyd, maker of furniture that can be disassembled and reassembled.

Fulop said some of the relationships between Brooklinen and the partners operate on a wholesale basis, whereas others are drop shipping or revenue sharing. For example, The Sill will drop ship its products since they’re perishable.

Otherwise, Brooklinen’s marketplace is handling everything else, from selling to fulfillment to telling the brand story. In some cases, the company will still ship in its own packaging to keep its brand story intact. Brooklinen will also share data with these partner brands.

Fulop said Brooklinen coming together with these brands wasn’t about shaving margins but reaching more customers and figuring out what works, since Brooklinen has plans to expand the marketplace beyond the bedroom.

“It’s really about having a tight fulfillment experience and whatever makes that happen,” he said. “To reach new customers, it’s actually efficient to reach these new brands. It’s an efficient customer-acquisition strategy if the customers convert, and it should be beneficial to them.”

Brooklinen expanding to a marketplace isn’t necessarily a new concept, according to Web Smith, the founder of retail research platform and community 2PM. It’s what Smith calls linear commerce, in which a brand uses an existing audience to monetize further revenue, growth and traffic.

While it’s a tried and true practice among media companies and retailers like Costco, it’s new to the DTC space. Smith sees it as a practice that more DTC companies can use to grow and become more competitive. The audience for many DTC brands is already coming to the brand anyway, so giving them another reason to stay on the site versus buying elsewhere is key.

“Brooklinen has critical mass—they have a huge audience,” Smith said. “They know exactly what their audience wants, and it makes perfect sense to get additional revenue on the products merchandised on behalf of other companies.”

The marketplace will offer free shipping, as well as some discounts depending on the brand. Brooklinen and the partner brands will measure sales and revenue, but Fulop said the metrics everyone is looking toward are engagement and receiving qualitative customer feedback about the marketplace—which can dictate what areas or products Brooklinen introduces next.

“It’s like we’re launching a new business,” he said. “It’s layered on top of the brands that we’ve built.”

Brooklinen started working on Spaces at the beginning of 2019. The marketplace model is something Fulop expects to see more of in the future.

With so many new brands in different categories, it’s difficult for any company to “cut through the clutter,” Fulop said, adding that he suspects the industry will see some more consolidation in the next two years. It’s why Brooklinen went this route, as opposed to creating a mattress or other adjacent products in bedding.

The curation is key as well to standing out compared to big box stores. Brooklinen now joins several other companies and brands rolling out marketplaces including Verishop, a luxury marketplace started by Snapchat’s former head of strategy Imran Khan, and b8ta, which recently expanded beyond consumer electronics and into fashion and lifestyle.

“It’s not about more product, but the right product,” Fulop said.