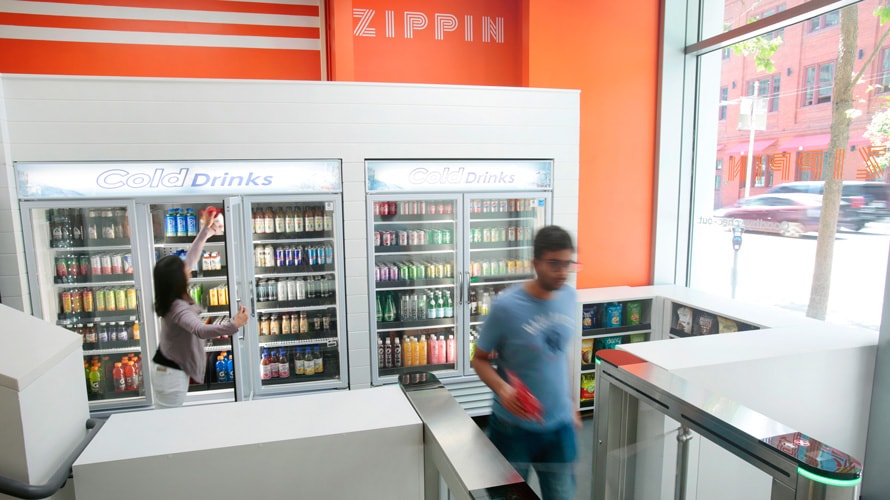 Evolv Ventures, a venture fund dedicated to making investments in companies that specialize in emerging tech with the potential to transform the CPG industry, is backed by legacy American food giant, Kraft Heinz.

Zippin’s technology uses computer vision, AI and sensors to render a cashierless checkout experience for brick and mortar retailers and tracks inventory in real time to help staff restock missing items (and let shoppers see what items are available in store via the Zippin app).

Smriti Jayaraman, principal at Evolv Ventures, wrote in a statement that Zippin’s technology offers CPG brands “a unique set of opportunities to participate in the customer journey.”

Check-out free technology is compelling for companies like Kraft Heinz because of the data aggregation, which provides a better understanding of shopper behaviors and preferences. It also enables a more efficient shopping experience, especially in venues like arenas, theaters and airports, where consumers are less keen on wasting additional minutes in line.

When Zippin announced in October that it was opening an autonomous microstore in the Sacramento Kings’ home stadium, the Golden 1 Center, Zippin CEO Krishna Motukuri said in a statement that Kings fans would be able to “walk in, grab a beer and walk out in under 30 seconds.”

The stadium’s check-out free concession stand was fashioned after Zippin’s “store-in-a-box” concept, the “Zippin Cube,” which allegedly allows retailers to launch a fully functional cashierless store in less than three weeks from placing the order. The stores are roughly 300-500 square feet in size.

When Adweek spoke with Motukuri on Dec. 18, the CEO said that feedback on the Golden 1 Center store (which has been live for seven weeks thus far,) has been “overwhelmingly positive.” “Some repeat visitors have been able to [shop] in under 10 seconds!” Motukuri shared.

This round of funding, which now brings the startup’s total funding to $15 million, will allow Zippin to accelerate new “Zippin Cube” launches, invest in product innovation and grow its team.