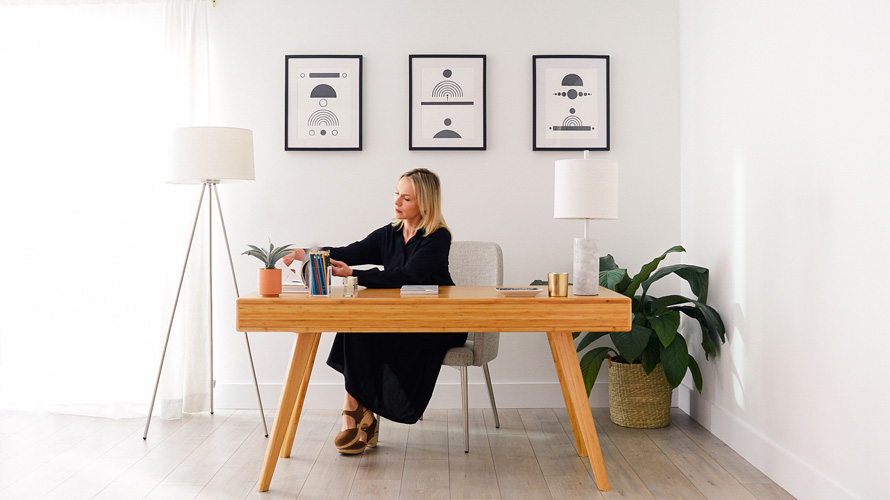 Fernish has continued to see overall growth throughout the pandemic, according to CEO and co-founder Michael Barlow. - Credit by Fernish

Furniture rental subscription service Fernish has seen home office furniture rentals at the company more than triple as of May 16, year-over-year as many Americans continue to work from home.

A service like Fernish may make a lot of sense for people that began working from home on a temporary basis. That’s because furniture rental contracts can be structured to be as short as three months with an option to swap items in and out and to add new things along the way, as well as to renew at the end of the period.

“That flexibility is helpful to people,” said Michael Barlow, CEO and co-founder.

The company has continued to see overall growth throughout the pandemic, he said, which is a snapshot of how the home furnishing retail landscape continues to evolve during the Covid-19 crisis.

Home improvement has experienced a lift in sales overall, with consumers not only spending more time at home, but also increasingly viewing their home as a sanctuary. Home Depot, Lowe’s and Ace Hardware all reported comparable sales increases for their most recent quarter, for example.

“People spending more time in the comfort of their homes is likely to persist—whether that be working, recharging or entertaining,” Fernish said in a statement.

Fernish also noted it has seen a 90% increase in the rental of accessories and decor, as customers refresh their spaces, as well as a 75% spike in rugs, throws, pillows and tabletop accessories such as vases and bowls, and a 40% jump in lamps to create mood lighting.

Unfortunately for legacy furniture retailers such as Pier 1 Imports and Art Van Furniture, both of which filed for bankruptcy prior to the pandemic, the costs accrued due to store closures is resulting in their liquidations. That may open up market share for the likes of Fernish, which not only offers rentals, but ends up selling a portion of the items it rents out.

Even though Fernish partners with Crate & Barrel and CB2, Barlow said it has its own supply chain and makes its own furniture. The ability to source its own product could lend itself to the direct-to-consumer outfit establishing a viable furniture retail unit of its own.

With more people not only working from home, but increasingly being given the option of living where they want by tech giants such as Facebook, Barlow and his company are betting that the shift towards mobility and the need for services such as Fernish will only accelerate.

That’s also the hope of its backers such as Khosla, which recently led a Series A $15 million investment in the company, bringing the total amount raised by Fernish to $45 million. The round included existing investors such as Real Estate Technology Ventures, Techstars Investments, Intuit co-founder Scott Cook and Amazon executive Jeff Wilke, among others.

Negotiations for the latest round began in late January, Barlow said, with the cash injection to facilitate expansion, not only in terms of new markets, but to add more employees, invest in tech and increase marketing spend.

The next generation furniture company is appealing to younger generations, including millennials, who have embraced the service economy and subscription services. “This is the way people are living now,” Barlow said.

Fernish launched in Los Angeles in 2018 and has since expanded to the Seattle area, with plans to enter several new markets this year.