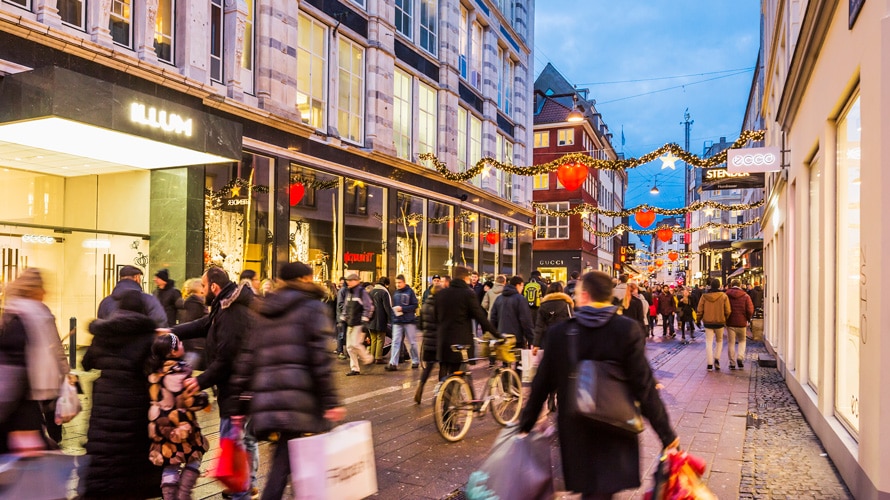 Each year, the holiday season creeps just a bit earlier, and 2019 is no exception.

Target and Walmart each rolled out holiday deals back-to-back, with the former introducing one-day shipping starting Nov. 1 and the latter already offering its “Early deals drop.” With an expected 4% year-over-year increase in retail sales from last year, according to Coresight Research, and six fewer shopping days this year, retailers getting a jump on the holiday can give an opportunity to bulk up sales at a time when concerns of a coming recession are on the tops of executives’ minds.

In a new holiday shopping trends report from Google, three key trends around consumers—like how customers are shopping earlier than Black Friday and Cyber Week—highlight how retailers can make the most of this year’s shorter holiday shopping season.

According to Google’s holiday data, 37% of U.S. shoppers over 18 years old said most of their holiday shopping was done before Black Friday and Cyber Monday. As Google notes, it’s an opportunity for retailers to “inspire” consumers, stating that 34% of shoppers say finding out about new products is a great part of the shopping experience. While a sizable chunk of shoppers is buying before Cyber Week, 58% think they’ll get a better deal online and are searching specifically for deals on electronics before and after the end of November.

Other data from ShipBob, a fulfillment company servicing brands like ZitSticka and Nature’s Ultra, points further to this trend, with five of the top 10 most active buying days occurring in November last year, the fourth most popular day being Oct. 30. This year, ShipBob expects the holiday season to fully kick in on Nov. 11. However, an Adobe holiday report estimates that Cyber Monday will the biggest online shopping day of the year, bringing in about $9.4 billion, with an expected $143.7 billion in total online sales, this season.

The Google report goes on to showcase a more obvious trend of just how much shoppers hunt for deals. While one in four shoppers state that brick and mortar have the best deals, 58% of shoppers still think they’ll get the deal they want online. According to Google, mobile searches for “best deals” have grown by 990% in the past two years, and 52% of shoppers believe finding a great deal is one of the best parts of shopping.

“People want those deals and people will procrastinate till they get there but people are also willing to go out there and willing to shop,” said Casey Armstrong, CMO of ShipBob. “Get creative and [figure out] how do you pull that buying season even earlier into November.”

Google ends on just how much consumers want convenient shopping methods, whether it’s 63% of shoppers looking at a return policy before buying to the 70% who want shopping as easy as possible without talking to a single person. Some of those services include buy online pick up in-store (BOPIS), which Adobe predicts to increase 39% year-over-year, with 37% of consumers looking to use the service. This research from Google comes a few weeks after the company rolled out its Google Shopping platform and a series of additional features, such as product price tracking to capture those holiday dollars, which Coresight Research anticipates will exceed the $686 billion last holiday season.