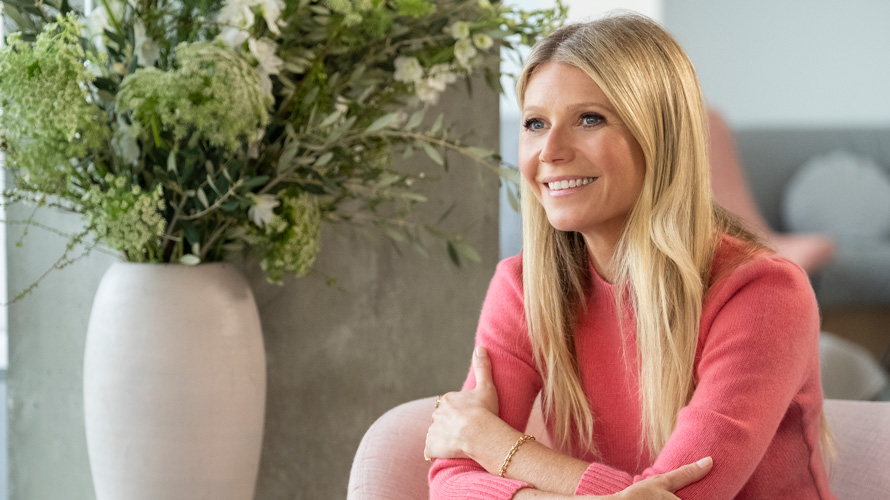 Gwyneth Paltrow spoke with Sallie Krawcheck on the final day of the NRF conference. - Credit by Netflix

Depending on the moment (or the reader), Gwyneth Paltrow’s content-meets-commerce brand Goop finds itself at the center of the internet’s praise or ire. Take earlier this month, for example, when it attracted a bit (or a lot) of both when a promotional poster for Goop’s new Netflix show, The Goop Lab, was released. It had people on social media thinking of one thing.

When Ellevest co-founder and CEO Sallie Krawcheck asked Paltrow on stage at the National Retail Foundation’s annual conference in New York City about the poster, Paltrow made it clear that she knew exactly what people were thinking when they saw that poster.

Gwyneth Paltrow welcomes you to The Goop Lab on January 24 pic.twitter.com/ZzeEEbAy9L

It prompted a wave of laughter from the crowd of retailers from all over the globe in town for the annual event.

Paltrow elaborated on the brand’s “controversies” during her keynote interview. She admitted that in part, due to her own heightened profile and thanks to her “first act” as an actress, the brand has often faced increased scrutiny.

“I am a huge target,” she said.  “I was an actress, a very visible actress. And then I decided to be a founder and entrepreneur. That rubbed people the wrong way, and I think people have mixed reactions to me, or all women, stepping out of a box that they are very comfortable with us being in. I’ve been in the public eye for a long time. I understood inherently that was going to be a part of the journey.”

However, when Paltrow first started the lifestyle brand, which began as a newsletter she wrote from her kitchen table in 2008, turning Goop into a business wasn’t top of mind.

“At the time I started it, I had no idea how I would monetize it or what the business model would be,” admitted Paltrow.

The monetization came later, as Goop expanded into its own product lines, particularly in skincare, and opened its own storefront, both in e-commerce and brick and mortar (there are permanent shops in London, New York, Los Angeles and San Francisco, with pop-ups in other cities as well). With the store, as well as the site, Paltrow said Goop is able to amplify what these partner brands, like skincare companies Dr. Barbara Sturm and Tata Harper, do. That’s meant that they’ve been able to support initiatives and brands close to Goop’s own priorities, such as clean and non-toxic beauty products—now, a major beauty industry trend.

“When we started, there was really no company doing luxury clean skincare for women, and we saw a big white space,” she said. “I thought, ‘I’d really love a great moisturizer than doesn’t have anti-freeze in it.'”

Goop, of course, has grown tremendously since then, and now has over 300 employees, a content platform, a podcast, an events business and partnerships with brands such as CB2. While Paltrow couldn’t deny that her celebrity has played a role in its growth, she said that that’s also posed its challenges, too.

“In life, there’s always an aspect to everything that’s positive and negative, and I think the same with my celebrity in business,” she said. “In a way, it’s something I’ve almost had to overcome and in a way, it’s a huge blessing.”