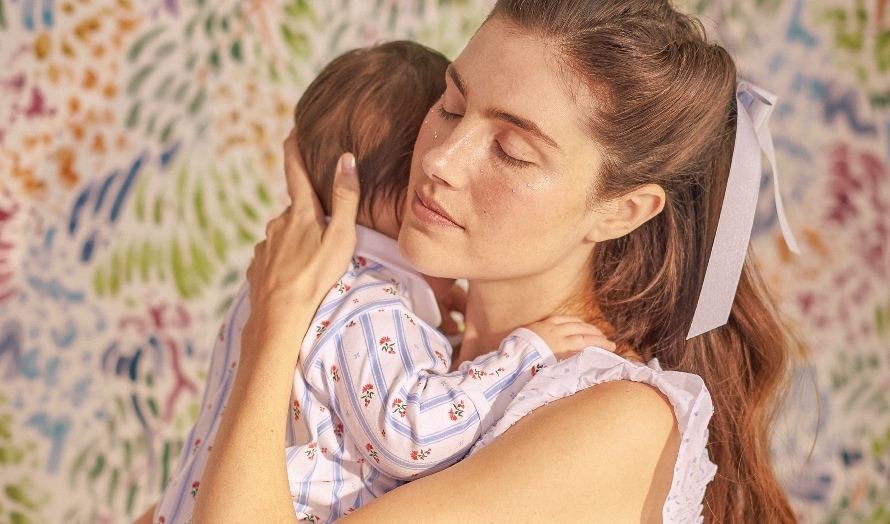 Today, the brand is debuting Hill House Baby, a line of 12 kits filled with various assortments of products suited to a baby’s first year—not to mention, the first year of parenthood. The kits range from $50 to $250 and can be as simple as a set of three swaddles or as elaborate as a matching sweater set for parent and child.

For Hill House Home founder Nell Diamond, the brand’s latest product category launch is “a full circle moment.” She discovered she was pregnant with her first child just two weeks after founding the business, a timeline that meant she was particularly in tune with what products were available for new parents.

“I could see that there was this clear gap in the market for a focus on the zero to 12-month space, which to me is the most intimate, vulnerable kind of petrifying days, way scarier than birth and pregnancy and also way more amazing,” she said. The gap was especially visible when it came to high-quality pieces that she wasn’t afraid to use with a newborn.

Diamond was inspired to sell the products in kits to help new parents and their friends who might be unfamiliar with the items needed during those early days. 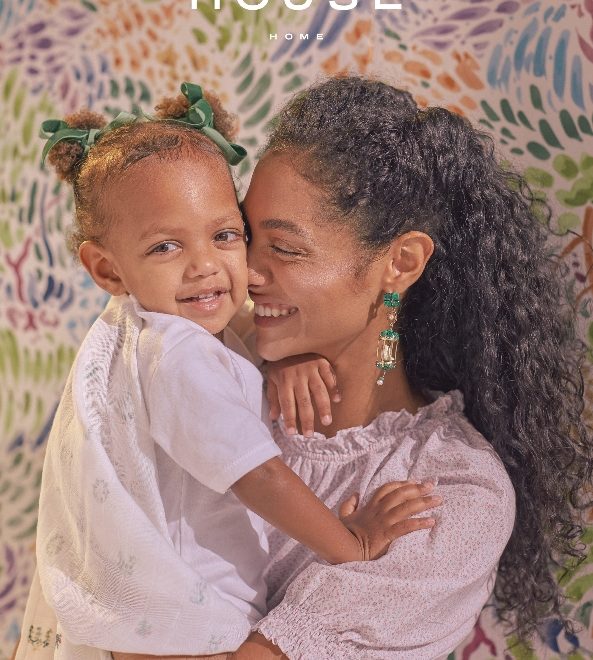 Emma Craft
As such, the kits have self-explanatory names—inspired by Alice in Wonderland, said Diamond—like Feed Me, Bathe Me, Tote Me and Take Me Out on the Town. The design of the products, which often depict the more quiet, domestic moments, was inspired by the work of one of Diamond’s favorite artists, American impressionist Mary Cassatt.

“All of these things that we do day after day are in the lead-in to the fabric of a beautiful life. So much of the focus is so often on the baby shower and the wedding shower and graduation in a woman’s life, and instead I wanted to put the focus back on the things we do every day that lead up to those amazing celebratory moments,” she said.

“Usually, you’re putting a model who has never held a baby or has only held their own baby with a baby that they’ve never met, so the photos don’t end up being super intimate, and it takes a lot to get this shot,” she said. “And this was such a quick shoot day. Literally, Emma started shooting, and seeing the relationship between the babies and their mothers was just incredible.”

Diamond found Craft on Instagram, a fitting point of discovery as the platform has played a major role in the brand’s story and growth. Diamond and the Hill House Home account have a nearly equal number of followers, and she often poses questions or posts updates. For example, she had a countdown on her Instagram Stories in the build-up to this launch. 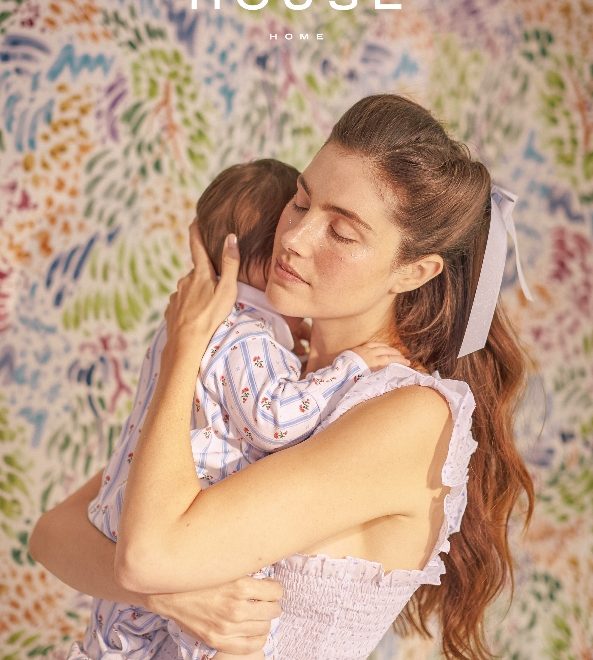 Emma Craft
Instagram, however, only represents a piece of the brand’s marketing. The brand also has a podcast called One Quick Thing as well as a blog titled 40 Winks. In honor of Hill House Baby’s debut, Diamond will be sharing her birth story on the blog, kicking off a series where other women will do the same. And traditional marketing plays a role, too, with out-of-home ads running in New York and the brand filming its first-ever commercial a few weeks ago.

“Our main priority is to weave this story of who we are and what we stand for into lots of different parts of our core community’s daily life,” she said. “We’re never going to be able to tell the story on one single vertical. … We’ve been really excited about testing and finding different ways to tell more parts of our story that isn’t asking a lot from our community.”

Since its founding three years ago, Hill House Home has had 100% year-over-year sales growth every year, and became profitable in year two. The brand also announced alongside the baby category that it had raised a $1.5 million private equity round.