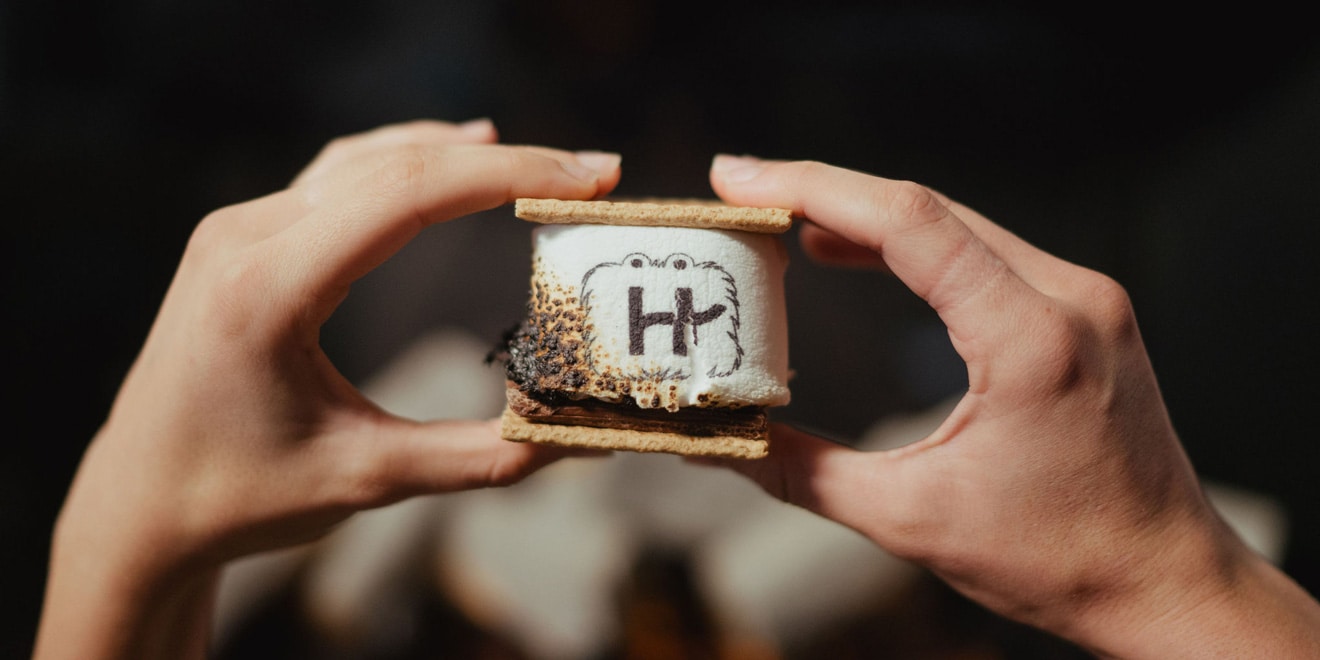 Hinge is inviting fans to destroy Hingie, the brand’s mascot that dramatically dies when users find a match, in the comfort of their own homes.

The dating app has launched an online merchandise store called The Hingie Shop, featuring products that are an extension of the brand’s ongoing “Designed to Be Deleted” messaging. The international campaign, which debuted in August, encourages users to go on dates with the goal of getting into a committed relationship and deleting the app.

The direct-to-consumer shop sells products that can be “destroyed,” inspired by the campaign’s deaths of Hingie, a furry white cube that resembles the app icon. Consumers can purchase a Hingie bath bomb to dissolve, a s’mores kit for burning a branded marshmallow and a Hingie piñata to smash. 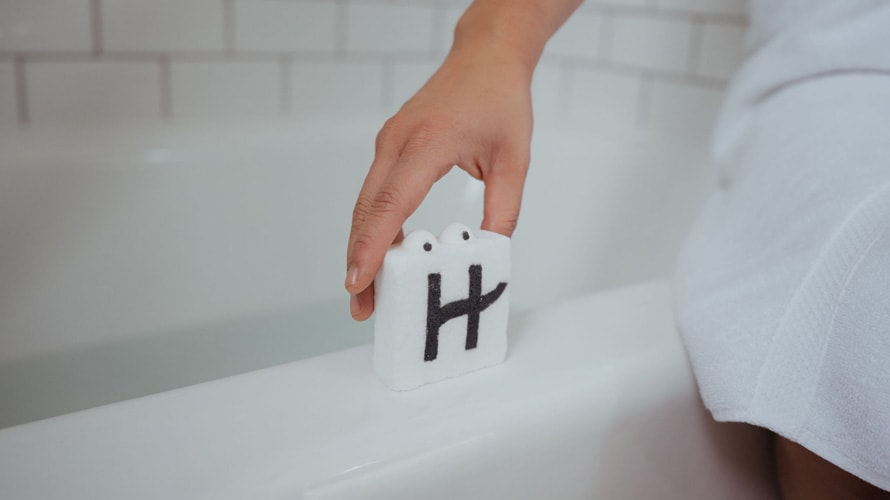 The Hingie Shop sells branded bath bombs.
Hinge
Hinge CMO Nathan Roth said the brand launched hingieshop.com in response to positive consumer feedback to the new mascot and the campaign. Since Hinge launched the campaign, the app has seen a 47% increase in monthly downloads and an 18% increase in users deleting the app because they found a partner, according to Roth.

“Hingie has more than 150,000 followers on Instagram and his account is growing faster than Hinge’s own account,” Roth said. “This inspired us to create the store as a ‘thank you’ to fans.”

Along with the irreverent merch, the store sells branded T-shirts and sticker sheets. For committed couples, the store also offers a branded engagement ring box and a 14-karat gold necklace with real diamonds, which couples can customize to flaunt their Delete Day—the day they both deleted the app. According to Hinge, 85% of members consider their Delete Day as a milestone in their relationship.

“We see Delete Day as the [new way] of defining the relationship,” Roth said, noting the necklace is a “celebration of that moment.” 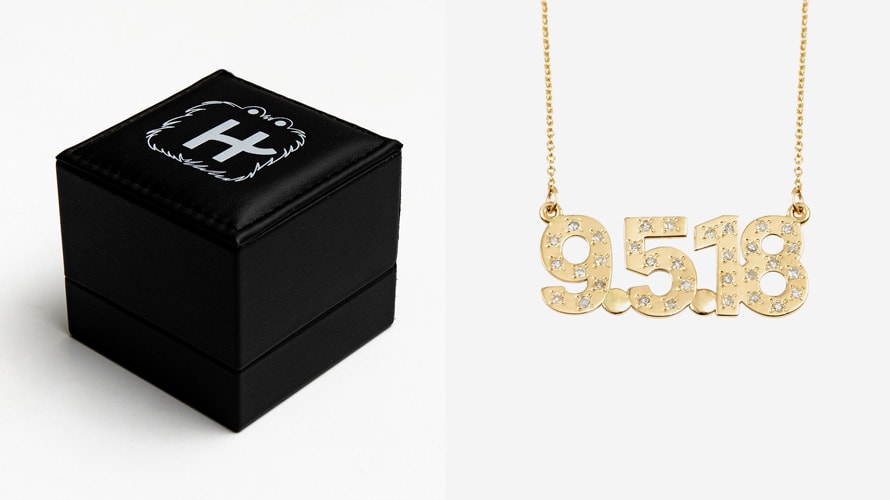 For committed couples, the shop sells a branded engagement ring box and a gold "delete day" necklace.
Hinge
Roth said The Hingie Shop is open indefinitely, with new product releases planned for the future (a branded onesie isn’t out the question). Roth also hinted that Hinge has more stunts and marketing initiatives planned for 2020 themed around the “Designed to Be Deleted” campaign.

Hinge, which was acquired by OKCupid and Tinder owner Match Group in 2019, has used humor for past marketing efforts. The brand previously created custom Snapchat geofilters for users to “crash” 25 weddings across the U.S. and launched an out-of-home campaign with real user data to tell dating stories on billboards.