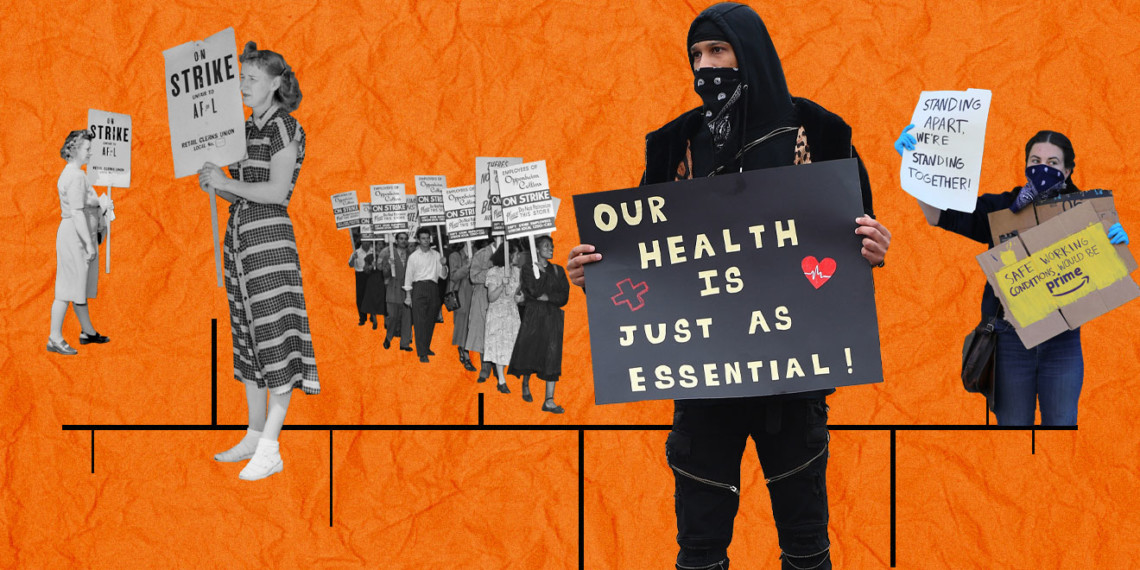 As the coronavirus pandemic continues, so do reports of protests among the essential workers at companies like Amazon, Whole Foods, Instacart and Target who are now a critical link between consumers and the goods they need at home.

For its part, Amazon says it is taking “extreme measures” to keep workers—whom it calls “heroes”—safe. But the retail employees who still go out into the public to pack and ship orders say those measures are not enough.

This is certainly not the first time in U.S. history retail workers have protested during a crisis. And, if we look back at moments like the Great Depression and World War II, it’s clear employees today are up against a formidable foe. But the good news for those workers is their cause may not be lost if they can appeal to American consumers.

Daniel Opler, associate professor of history at the College of Mount Saint Vincent, said mass strikes by retail workers in cities like San Francisco and New York during the Great Depression are the closest parallel to the protests in 2020. But, he said, employers then “were seen as particularly vulnerable due to the government more frequently siding with workers than they had before.”

That includes the department store Gimbels, where workers went on strike in 1941 to demand the eight-hour workday recently adopted by the manufacturing industry. 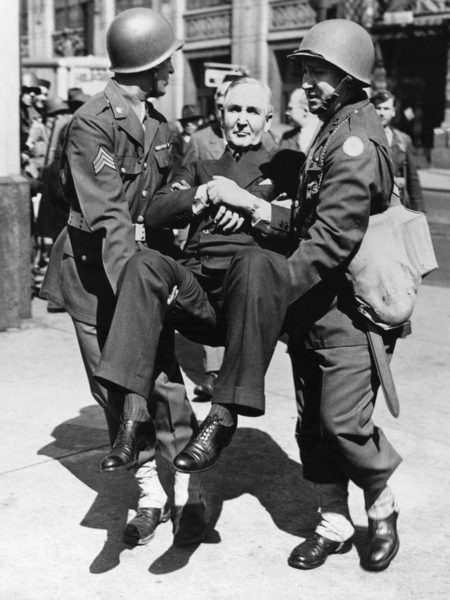 Montgomery Ward Chairman Swell Avery was carried out of his office by National Guard troops after refusing to comply with collective bargaining agreements.
Getty Images

“[Gimbels’ employees] shut down the store and performed numerous acts of sabotage against the store managers, releasing pigeons and white mice … to disrupt store business as much as possible, and [they] eventually forced the management to back down and grant them the eight-hour day,” Opler said.

Another example is the 1944 Montgomery Ward strike in Chicago at the height of World War II.

“Then, due to government involvement in the economy being expanded due to the war, the government decided that [Montgomery Ward] management was in the wrong, not giving workers the wages and benefits they deserved,” Opler said. “The Army actually went into Montgomery Ward and escorted store manager Sewell Avery out of the store, guaranteeing workers a victory.”

In some ways, that is more like what’s going on today, Opler said, since Montgomery Ward employees were seen as vital to the national interest because the distribution of goods was considered a key to winning the war. (Similarly, Amazon has said its employees are serving a “critical role … by enabling people to stay safe at home while receiving the products they need” during the pandemic.)

Ileen DeVault, professor of labor history at Cornell University and academic director of Cornell’s Worker Institute, also pointed to WWII, when unions signed no-strike pledges but workers nevertheless carried out so-called “wildcat strikes,” for an analogy to the current situation. However, because it was wartime and unemployment was low, DeVault noted, it was also “totally different from our current situation.”

“Unemployment has suddenly spiked and we still see strikes, which represents the desperation of workers in what we’re treating as critical positions,” DeVault said. “We’re all sitting at home ordering from Amazon all the time and using Instacart to get groceries and asking these people to take risks we don’t want to take in going to a store and buying things.” 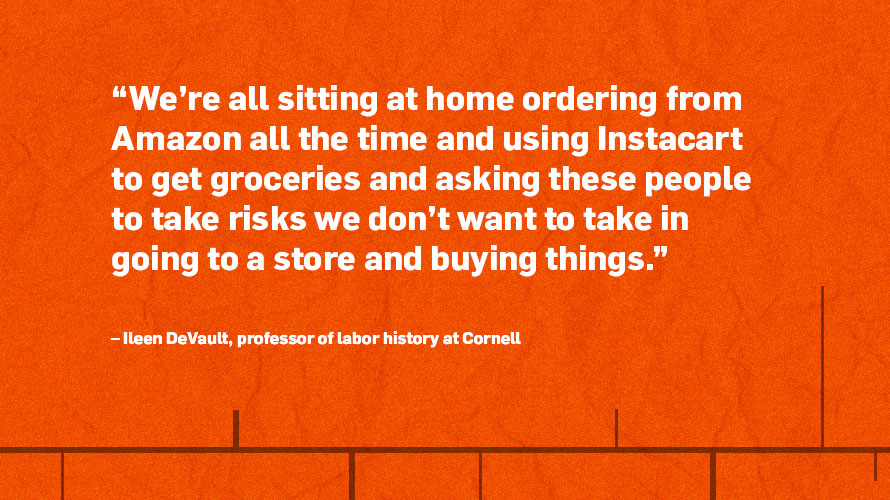 But, DeVault said, nothing in U.S. history truly compares to this moment.

“We’ve never gone through a major pandemic—this is far greater than the 1918 Spanish influenza pandemic and … even then, we didn’t close down the entire country’s economy the way we have this time,” she said.

And, DeVault noted, this isn’t the first time we’ve heard complaints about working conditions inside Amazon’s fulfillment centers. Historically, Amazon has pointed to worker pay and benefits in response. But, DeVault said, whatever Amazon is paying is not enough now.

“This is not a normal situation,” she said. “These are people saying, ‘Wait, there’s something on top of what’s happening on a daily basis in the past at Amazon,’ which people were already upset about and now, adding on top of this is the possibility of a deadly infection, and then certainly this looks different all of a sudden.”

So what happens now?

DeVault expects Amazon will fire the employees it identifies as ringleaders. (In fact, that has already happened.) That, in turn, may scare other workers with the realization that if they complain, they too will lose their jobs.

“In that way, not much is going to happen,” DeVault said.

“I think the only way [employees would] really have an impact is to get people to stop ordering from Amazon, but that’s almost impossible."
Ileen DeVault, professor of labor history, Cornell University