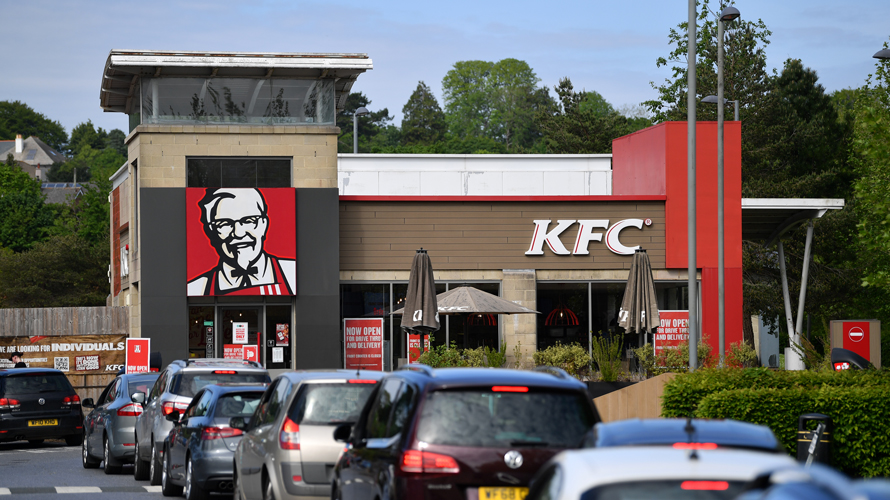 KFC is testing the new version of its fried chicken sandwich only at select Orlando, Fla., restaurants. - Credit by Getty Images

As the competition to make the best fast-food chicken sandwich intensifies, with KFC testing its own pickle-topped fillet, the chain has a clear advantage over its rivals: footprint.

The fried chicken chain has more than 4,000 locations in the U.S., while chief competitors Popeyes and Chick-fil-A each have about 2,500 locations.

If KFC ends up launching its new chicken sandwich nationally, that bodes well for the comparable sales of its restaurants in regions lacking competition.

The Louisville, Ky.-based outfit has leaned on its vast distribution network in the past to introduce trendy specialties to a nationwide audience, including Nashville-inspired chicken and waffles with hot sauce as well as a fried chicken and glazed doughnut sandwich, which are offered periodically on a limited basis.

“We want to make certain our menu is distinct with craveable items,” said Andrea Zahumensky, KFC’s CMO, in an interview with Adweek.

The idea is to bring such offerings to neighborhoods that don’t normally have access to them, she said. Menu innovation at KFC is a matter of keeping an eye on food trends and figuring out how to bring those trends to the masses.

“We are constantly looking at our menu,” Zahumensky said, and are “never just satisfied we have what we need.

“When we looked at the chicken sandwich offering, our sandwich was just not the one to beat. That’s how we think of menu innovation in total,” she said.

As the self-proclaimed “fried chicken experts,” it’s important for KFC to have the chicken sandwich eaters prefer.

For now, the chain’s latest sandwich is being trialed at select locations in Orlando, Fla., through mid-June. At those restaurants, the chain’s current chicken sandwich offering, the Crispy Colonel, has been taken off the menu, according to Zahumensky, a veteran of consumer products giant Procter & Gamble. If the new sandwich is rolled out nationwide, it will likely end up replacing its existing sandwich across locations.

The new sandwich differs from the Crispy Colonel in that the fillet is 20% larger and the bun has been upgraded to brioche bread, plus pickles and a choice of mayonnaise.

KFC is trialing the sandwich, as it does all new products, to ensure that it is setting up the brand and restaurants for success, Zahumensky said, not only with an eye on sales results, but also to find out what consumers and employees have to say about the product.

The test will also help the chain to figure out how to strengthen its operations for a potential launch, and more importantly, whether to take the next step of rolling out the sandwich nationwide. Before the in-market test, KFC conducted extensive premarket testing, Zahumensky said.

“If I could tell you the number of sandwiches I’ve ate over the last few months,” she said.

KFC knew early on that the fillet needed to bigger than its current offering. But the more complicated element was figuring out the components. It wasn’t just a matter of finding the best bun, the best pickle and the best mayo, but also ensuring those elements complement one another, she said.

The bun needed to be designed, for example, so that it hugged the fillet to prevent the contents spilling out when a diner bites into it.

And while the chain’s version is very similar to those offered by Popeyes and Chick-fil-A, it’s still distinctively KFC, with the fillet sharing the same distinctive spicy and extra crispy breading of its fried chicken.

Zahumensky claimed the end product is the “best we’ve ever put out there.” While KFC is still waiting on the final results of the test, so far the initial response has been positive. “We’re feeling really confident our fans are really going to love the sandwich.”