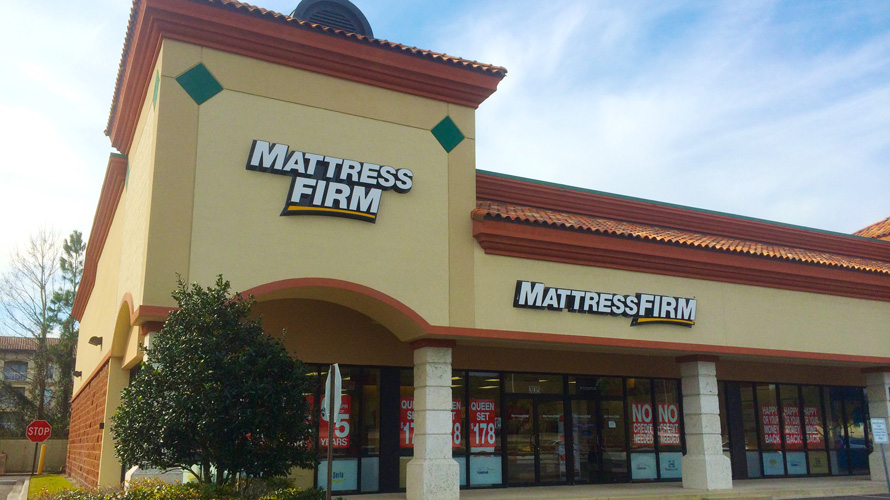 Mattress Firm said it is paying partial rent on its locations as it works and reaches agreements with landlords. - Credit by Getty Images

Mattress Firm has advised its landlords that it will temporarily pay partial rent on its store locations, said Randy Carlin, the company’s chief real estate officer.

“We appreciate our landlord partners that have worked through suspension agreements with us, as those efforts reaffirm their confidence in our partnership,” Carlin said.

The company was previously reported to have initially communicated to landlords that it planned to reduce what it paid for rent, but then subsequently revoked that offer. Mattress Firm did not provide further comment on this particular point.

Industry sources, who requested anonymity due to the sensitivity of negotiations, have said that language in lease agreements provide little legal coverage for retailers who plan to withhold rent without striking a deal with landlords first.

Those involved in negotiations say some form of rent deferral, in which rent is reduced over an initial period of three to four months, but then repaid, is becoming standard.

In an additional twist, restructuring and legal advisers are now saying that if retailers don’t pay rent without an agreement in place, they may also void any rights they might have under the lease.

For example, retailers might be able argue for waiving rent payments, among other options, under the co-tenancy clause, which requires a landlord to have a certain percentage of occupancy or retailers open for business at a particular property, said a retail restructuring adviser, who is guiding retailers on the matter.

In two to three months, if vacancy rates go up and landlords are not able to comply with the co-tenancy requirement, retailers who don’t pay rent now without landlord consent would have already broken the lease and have no rights under the clause.

“The idea is that once the landlord terminates the lease, the tenant loses the benefit of being able to argue its defenses for non-payment,” according to a corporate attorney, who is currently advising a number of retailers on the matter.

If the lease has been terminated by the landlord, the tenant loses all ability to even argue the points that might work in its favor, the lawyer pointed out, such as withholding payment based on a “force majeure” clause, which can eliminate liabilities as a result of disastrous event, like a natural disaster.

In select cases, however, retailers may choose to not make payment without an agreement, even though may give up their rights under the lease, according to a retail financial adviser, who also advises companies on such matters. That’s because they may not desire to retain the location. For the stores they wish to keep, they will likely make an effort to reach an agreement with the landlord, the adviser said.

Mattress Firm, meanwhile, grapples with the mandated closure of many of its stores and a drastic reduction in foot traffic at locations still open, Carlin said.

“This is a broadening crisis across the retail industry where no one wins with massive defaults, evictions and litigation,” he said. “We are continuously evaluating and modifying our business strategy as this situation unfolds and as such, recently advised our landlords that we will be temporarily paying partial rent so that our business can navigate this crisis and that our landlords don’t bear the full cost burden.”

Mattress Firm has assessed every part of its business in order to find savings that will help it survive the pandemic, according to Carlin.

“We will continue to do everything we can to ensure that, when the situation eases, there are Mattress Firm jobs available for our people to return to and viable Mattress Firm stores for which landlords will receive rent,” he said.