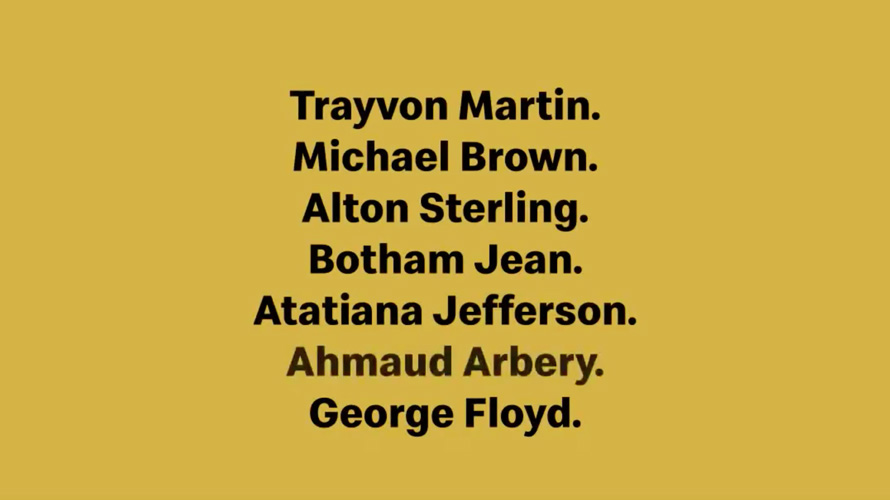 Brands must do more than list victims in an ad. - Credit by McDonald's

McDonald’s posted a branded video ad naming seven Black individuals killed over the past several years at the hands of police and gun violence. The corporation also said it would donate to the National Urban League and the NAACP.

Are consumers supposed to cheer for this or say they are lovin’ it? Why stop at seven? What about the thousands of other Black and brown individuals killed over decades of oppression and racism in this country? What about the very members of its hundreds of thousands of employees, or family members of its employees, who are all too familiar with the fear and frustration they face because of their skin color? Have they talked to their employees or taken a poll to understand the impact social injustice has on them or their families?

Ads like this demonstrate the shortsighted and insulting response companies take in an attempt to appear relevant and empathetic during a monumental national crisis. These words are hollow. The words don’t show empathy or transparency. The ad doesn’t even commit to an actual dollar amount. Exactly how much of its $1.1 billion first-quarter profits will McDonald’s donate and over what period of time?

The ad tries to insert McDonald’s into this long-awaited and much-needed demand for change but instead shows the true colors not only of the company, but also of many other U.S. legacy corporations.

McDonald’s did not bother to note in the video that for years, it paid lobbyists millions of dollars to combat the push for a $15 federal minimum wage. Lower wages are at the heart of the systemic oppression McDonald’s notes in the ad. Currently, there is a 30% pay gap between white and Black workers across the U.S, according to the Economic Policy Institute.

In fact, “Forward through Ferguson: A Path Toward Racial Equity,” a report for reform written in the aftermath of Michael Brown, who was fatally shot by police in Ferguson, Mo., in 2014, cites that more than half of African American workers are paid less than $15 per hour. The National Employment Law Project notes a $15 wage increase would have given a raise to 38% of African Americans and perhaps started, six years ago, to rectify the economic disparity that often paves the way for social injustice.

Global brands such as McDonald’s owe it to their communities, their employees and their customers to do better and do more. As President Barack Obama said on Wednesday when speaking on behalf of his foundation, My Brother’s Keeper Alliance, this is the time for action. This is the time to mobilize and organize.

I am not Black. I am not a man. I am a white woman in her mid-50s who earned her MBA in the ’90s when ethics were a small part of the business school curriculum. The focus was always on shareholder value. I could never understand why businesses couldn’t do good for the world even as they were doing well for their shareholders.

Today is the day that companies need to think more about their value to society rather than shareholder value. And it’s time that consumers rethink their loyalty to brands that might make a good show of looking like they understand and are empathetic but fall woefully short of actually doing so. So, turn your protest into action. Boycott the brands that do not share the same value for change that you do.