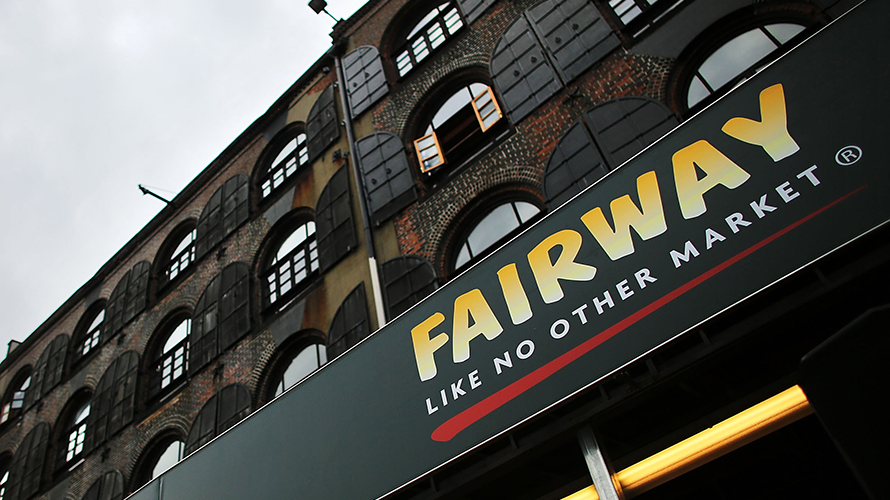 Fairway Market was founded in 1933. In 1995, the company began growing and expanding into new locations. Getty Images

New York’s social media sphere was in a disheartened tizzy Wednesday over speculation that Fairway Market, a beloved grocery chain that has been feeding city residents since the 1930s, was filing for Chapter 7 bankruptcy.

The New York Post originally reported the news, but Fairway Market responded by tweeting a vehement denial of the supposed impending liquidation and closure of its 14 stores:

Despite reports, Fairway Market has no intention to file for chapter 7 or liquidate all of its stores. All 14 stores remain open for business, offering a complete range of high quality, specialty food products, and we look forward to seeing our customers and employees. pic.twitter.com/eqiMFODBGW

Unfortunately for fans of the grocery chain’s fresh produce and famed selection of cheeses, Fairway Market officially announced today that, together with 25 of its affiliates, it has voluntarily filed for Chapter 11 bankruptcy (also known as reorganization bankruptcy) to complete its purchase agreement with Village Super Market.

Village Super Market operates a chain of ShopRite supermarkets and Gourmet Garage specialty stores in the Northeast. Like Fairway Market, they’ve been in the neighborhood grocery business since the 1930s.

What’s next for Fairway Market

Fairway is preparing to sell up to five of its New York stores as well as its distribution center for about $70 million. A court-supervised sale process will be executed to continue negotiations for the sale of nine remaining store locations. A group of the company’s senior lenders (represented by King & Spalding) are providing Fairway Market with up to $25 million for possession financing.

Court records indicate that the five stores included in the deal are in Harlem, Chelsea, Kips Bay, the Upper East Side and its Upper West Side flagship.

This isn’t the first time Fairway Market has filed for Chapter 11 bankruptcy. The company did so in 2016 to cut about $140 million of its total of $347 million in debt, and to secure $55 million in financing to keep operations running.

“After careful consideration of all alternatives, we have concluded that a court-supervised sale process is the best way to meet our objectives of preserving as many jobs as possible, maximizing value for our stakeholders, and positioning Fairway for long-term success under new ownership,” said Fairway Market CEO Abel Porter in a statement.

If Village Super Market is successful in its bid, there’s hope for folks who choose Fairway Market as their “Place to Go Fooding.”

“We are committed to keeping Fairway, including its name, unique product selection and value, a part of this community,” said Robert Sumas, CEO of Village Super Market.

Fairway Market is expected to continue conducting business and serving customers at its stores across the tri-state area, including its promotional and loyalty programs.