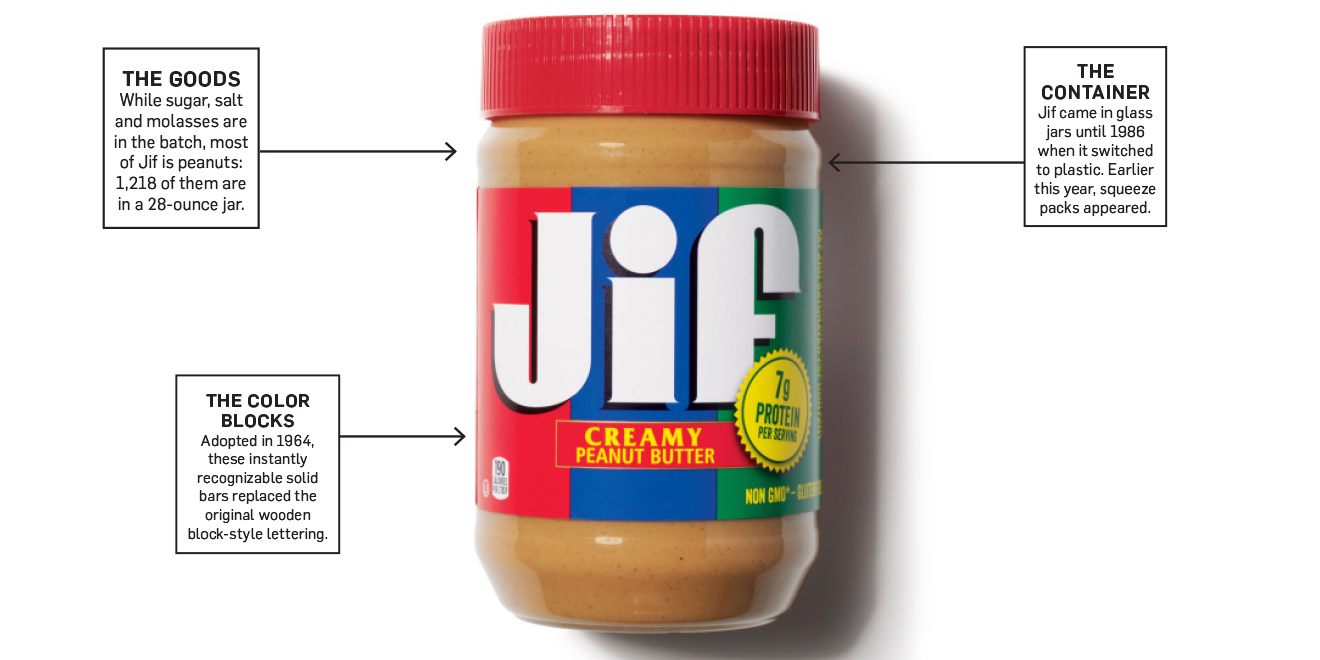 One of the more colorful moments in the world of tech took place in 2013 when Steve Wilhite rose from his seat in New York’s Cipriani Wall Street to accept his Webby Award for lifetime achievement. Wilhite is the inventor of the graphics interchange format, an animated loop better known as the GIF, which the computer scientist developed in 1987 while working for CompuServe. As he reached the podium, Wilhite kept his acceptance speech short.

As the marketing gods would have it, the people at The J.M. Smucker Co. happened to be listening to all this, which is why Jif, the peanut butter, produced a limited-edition run of jars in February featuring the brand name spelled both ways. And while the ostensible point was to “settle the great debate” on how to pronounce GIF, the only clear result was a lot of talk about peanut butter.

As it turns out, people have been talking a lot about Jif in 2020. When Covid-19 took hold in March and Americans began stocking up on snack-worthy, kid-approved, shelf-stable items, Jif was one of the essentials. It was, in fact, already at the top of its category. Americans eat 270 million pounds of Jif yearly—enough to make 2 billion peanut butter sandwiches. The company’s two plants grind 188 billion peanuts a year, and one in 10 peanuts grown in America will end up in a jar of Jif.

John Harvey Kellogg, the creator of corn flakes and also a doctor and nutritionist, served peanut butter to his patients in treatments as early as 1867, but Americans en masse would not taste peanut butter until its public debut at the St. Louis World’s Fair in 1904. It took the arrival of hydrogenation, which solidifies fats at room temperature, to make peanut butter a regular consumer item.

Peter Pan was the first to market in 1920, followed by Skippy in 1933. By the time food entrepreneur William T. Young of Young Foods began making Big Top peanut butter after WWII, there wasn’t a lot of market share to be had. Yet after Procter & Gamble bought the brand in 1955, the picture changed. In 1958, P&G switched the brand’s name to the shorter and catchier Jif.

And with the help of some advertising, Jif took the lead in the market.

Jif’s lock on the category was one reason J.M. Smucker was willing to pay $810 million for the brand in 2002. Another reason was that peanut butter fans are uncommonly fervent and loyal. “There’s so much passion around the category,” said Calhoun, who explained that the brand you buy “has a lot to do with what peanut butter you grew up with.”

And, for most of us, that’s Jif. However you pronounce it.

P&G’s creating Jif as a new name for Big Top was a savvy move, but in 1966, it made a savvier one by hiring Grey Advertising. It was Grey that came up with the “Choosy mothers choose Jif,” easily one of the best-known brand slogans of the late 20th century. In fact, except for shortening “mothers” to “moms” in the late 1980s, the tagline did the heavy lifting for half a century. As of last year, Jif changed its slogan to the decidedly more millennial “That Jif’ing good.” But if you’re a consumer of a certain age, you’ll always remember the brand as one that choosy moms wound up choosing.