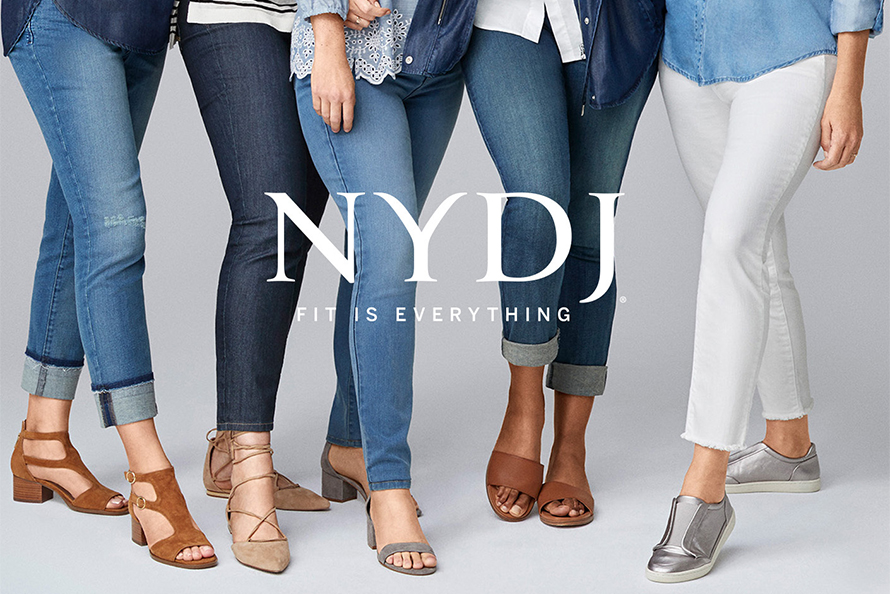 NYDJ was founded in 2003, then known as Not Your Daughter's Jeans. - Credit by BusinessWire

Premium denim brand NYDJ was recently exploring a sale of the company, according to two sources familiar with the situation. The likely buyer is Gerard Guez, CEO of Sunrise Brands, which operates names such as Seven7 Jeans and American Rag, said one of the sources.

NYDJ, formerly Not Your Daughter’s Jeans, declined to comment on the matter via CFO Jennifer Adams. Guez, meanwhile, did not respond to a request for comment.

The high-end denim brand, which is sold in department stores such as Bloomingdale’s and Saks, had a $100 million term loan due Jan. 6, according to Fitch Ratings. Fitch listed it as one of their loans of concern as recently as a Jan. 24 report.

Though Adams declined to comment on the sale, she said there was neither a payment due on the term loan, nor a default.

The loan at one point changed hands at around 60 cents on the dollar, according to a source familiar with the situation, indicating that while NYDJ was viewed as distressed, some recovery was expected.

Octagon Credit Investors, which reportedly held a piece of the term loan, did not respond to a request for comment.

Octagon sued NYDJ and a group of lenders in November 2017, according to a report by Reuters. The lawsuit was after a majority group of lenders led by Mudrick Capital Management provided a $20 million loan in May 2017, which ranked senior to an existing $144 million loan. The Mudrick-led group did so without obtaining Octagon’s consent or inviting them an opportunity to participate. As a result of the lawsuit, the majority group ended up amending the agreement to allow the minority group, namely Octagon, the same rights.

NYDJ was a part of the surge in premium denim brands more than a decade ago, after its founding in 2003.

In 2008, Falconhead Capital acquired a stake, and then subsequently sold NYDJ in 2014 to Crestview Partners and Maybrook Capital Partners. The company began to struggle in recent years as the popularity of designer denim faded, along with department store sales.

The brand differentiated itself from competitors with a fit that was more comfortable by using what it coined Lift Tuck Technology. Over the years, NYDJ added more styles while maintaining the comfort element. In 2014, the brand added tops and jackets to its core denim bottoms product.