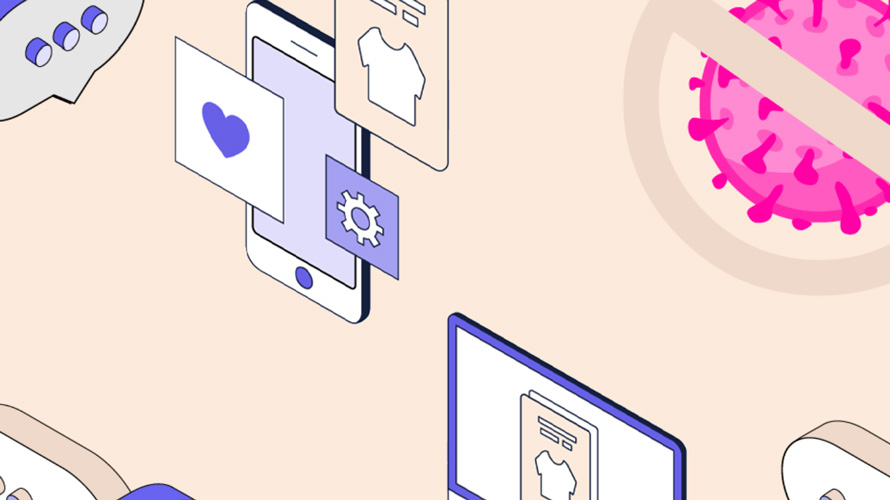 Online fashion sales are recovering globally this month after sinking heavily in March due to Covid-19. - Credit by Nosto

During a pandemic, “window shopping” has become endlessly scrolling through Instagram boutique feeds and navigating every category on a department store’s site.

The fashion and apparel industry took a punch from Covid-19 in March when online retail sales plummeted by 30%. But now, new data from ecommerce personalization platform Nosto shows that revenue has resurrected globally this month, rising 21% higher than the same time last year. 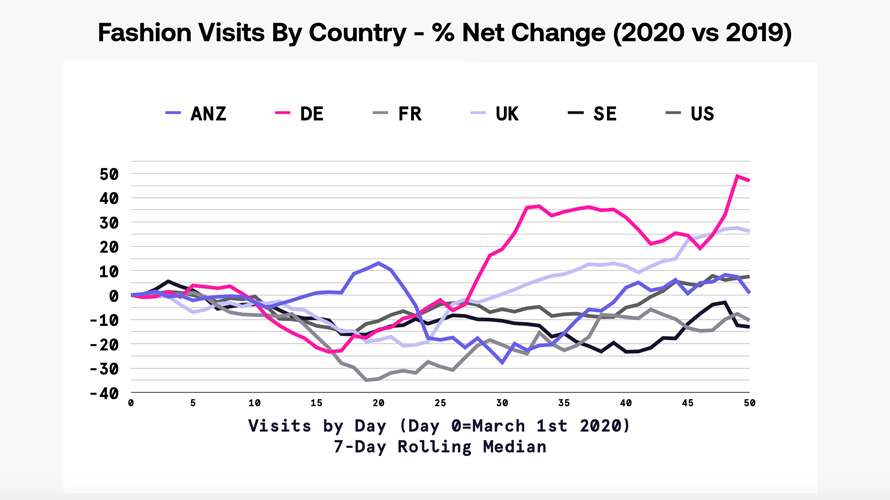 Visits, sales and orders have even surpassed where they were at during the same time last year, long before Covid-19, according to the Nosto report. April sales are up by 24% in the U.S. compared to April 2019, while online visits are up by 8% and the retail conversion rate has shot up by 29%.

Matthew Levin, global head of marketing at Nosto, said in a statement that it’s possible that “consumers are simply being lured into making fashion purchases now through heavy discounting by retailers who are fighting to keep the sales coming in, which is pushing down average order value.” If this is the case, Levin does not believe the tactic would be sustainable over the long term. 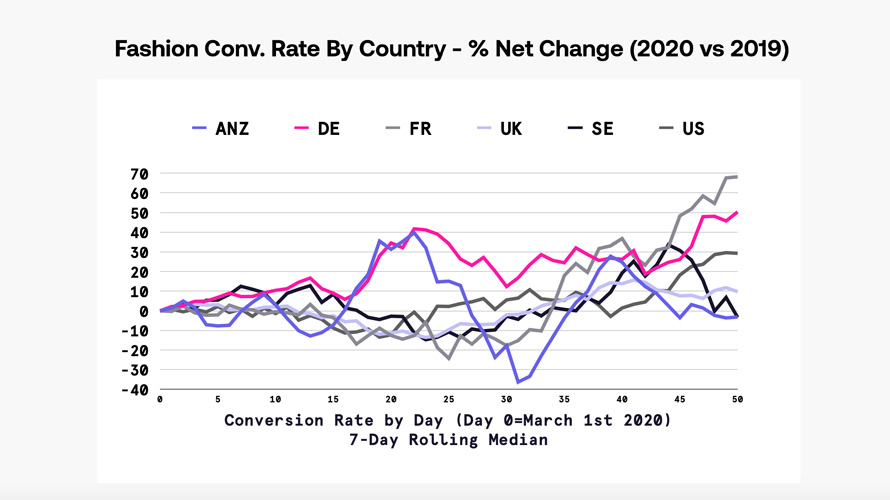 Over the whole period, Nosto’s data shows that visits, orders and total sales started dropping noticeably in the United States by the second week of March. A significant drop was seen after March 12 that bottomed out on March 20 for most of the markets analyzed, with sales revenue down 32% year over year. These numbers rebounded in April.

However, due to ongoing aggressive discounting driving sales, the average order value, or AOV, in the United States is down by 10% compared to April 2019. 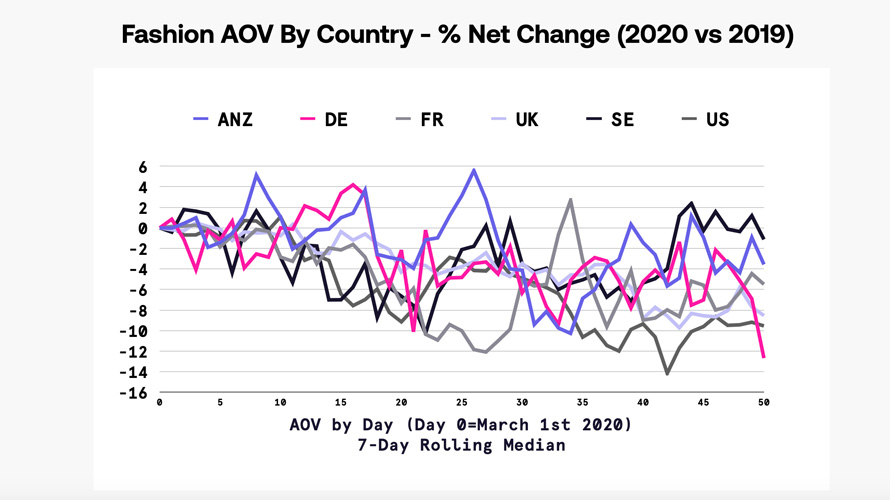 When comparing the performance of 271 online merchants from the U.S., U.K., Germany, France, Sweden, Australia and New Zealand between March and April 2019 and 2020, Nosto’s research indicated that the AOV has gone down by 3% in 2020 across the globe and will likely stay at a lower level. Depressed AOVs may also be a result of people not spending as much now due to economic uncertainty.

In a statement, Levin offered strategies for retailers to deploy to improve their website performance. He suggested organizing category pages to surface relevant items and prioritizing inventory filtering in product recommendations. Levin also said that retailers can show in stock items only and adjust their messaging by using dynamic content that encourages consumers to enjoy new apparel at home.

Don't miss Adweek NexTech, live this week, to explore privacy, data, attribution and the benchmarks that matter. Register for free and tune in.
@monicroqueta monica.zorrilla@adweek.com Mónica is a breaking news reporter at Adweek.