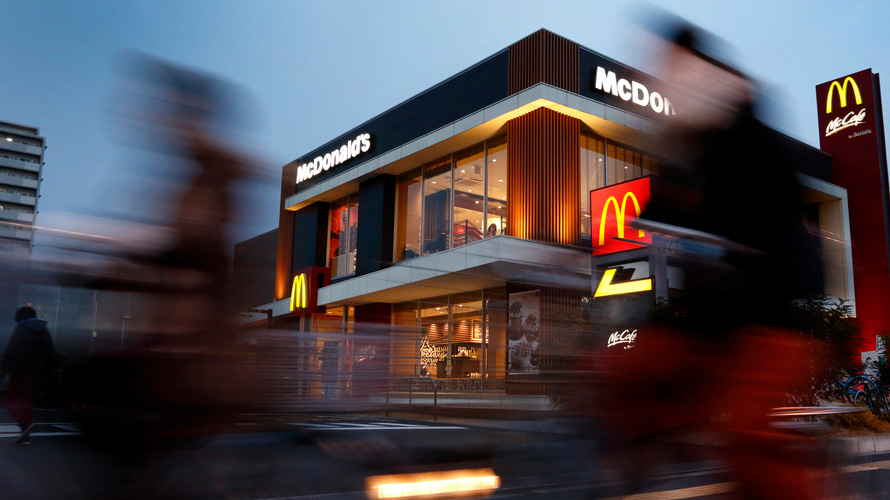 McDonald's had the highest average number of visits during Q4 compared to 10 other top QSR brands. Getty Images

The end of 2019 may have been good for retailers (mostly), but the holiday season did not boost much of the food sector’s earnings, according to mobile analytics platform Placer.ai’s deep dive on 11 quick service restaurants.

Digging deeper into these performance insights also shows that some fast-food brands outshined others in terms of foot traffic, quarter-to-quarter growth surges and consumer loyalty, managing to keep them at the top in spite of the struggles Q4 brought as a whole.

From Oct. 31 to Dec. 31, the intoxicating smells of salt and grease emanating from the Golden Arches and the sweet kick of Starbucks’ recurring autumnal favorite, the Pumpkin Spice Latte, won consumers over.

Starbucks and McDonald’s were the foot traffic leaders among the 11 brands analyzed during the holidays, with the Seattle-based coffeehouse chain accounting for 26.5% of total visits while the global hamburger franchise claimed a 22.7% share.

Chick-fil-A came in third with 12% of visits, and Taco Bell was fourth with 6.8%. Per Placer.ai’s previous findings, Chick-fil-A’s November 2019 visits outperformed the same months in 2017 and 2018, evidence of a sustained improvement in the brand’s ability to drive visits. During Q4, the brand announced that it would stop donating to anti-LGBTQ+ organizations after consumers protested the chain in the United Kingdom—which came in the midst of the Chicken Sandwich Wars. The brand also created one of the year’s most heartwarming Christmas ads, chock-full of Easter eggs.

Some growth despite a bitter winter quarter

It’s no surprise that Starbucks, a purveyor of hot drinks with whimsical toppings and seasonal syrups (along with hot sandwiches, cookies and croissants), thrived during 2019’s winter months and showed a quarter-to-quarter growth of 8%.

Panera Bread followed with 4% growth from Q3 in 2019, while the remaining eight brands showed quarter-to-quarter decreases in traffic.

Chipotle, a brand that Placer.ai has indicated is a must-watch in 2020 partly because of an improved, digitized restaurant design, had 15% YOY growth in Q4. Per the burrito bowl brand’s CMO, Chris Brandt, new and existing locations will be redesigned to improve employee efficiency and optimize for mobile ordering, such as walk-up windows, better placement of its digital order pick-up shelves, a built-in cooler in the serving line and front-row seating.

Sonic, which recently went in a new marketing direction with its latest ad campaign, posted the largest decrease in earnings from Q3 with a 24% loss.

Though Starbucks was the overall front-runner compared to the 10 other brands analyzed in terms of foot traffic during Q4, McDonald’s was the victor in terms of average amount of visits per quarter. McDonald’s had 2.7, while Starbucks had 2.5.

Chick-fil-A came in third with 2.2 visits, trailed closely by Dunkin’ with 2.1 visits. Per Placer.ai, it’s “critical” for these chains to maintain brand loyalty through continuous innovation.

During Q4, Dunkin’ partnered with Homesick Candles to pull off an aromatic marketing stunt: the sale of three limited-edition scented candles in Peppermint Mocha Coffee, Original Blend Coffee and Old Fashioned Donuts. During the quarter, Dunkin’ joined the plant-based meat alternative trend and rolled out the Beyond Sausage Sandwich, which was recently sold by self-proclaimed “employee of the month” Snoop Dogg in an ad by BBDO New York.