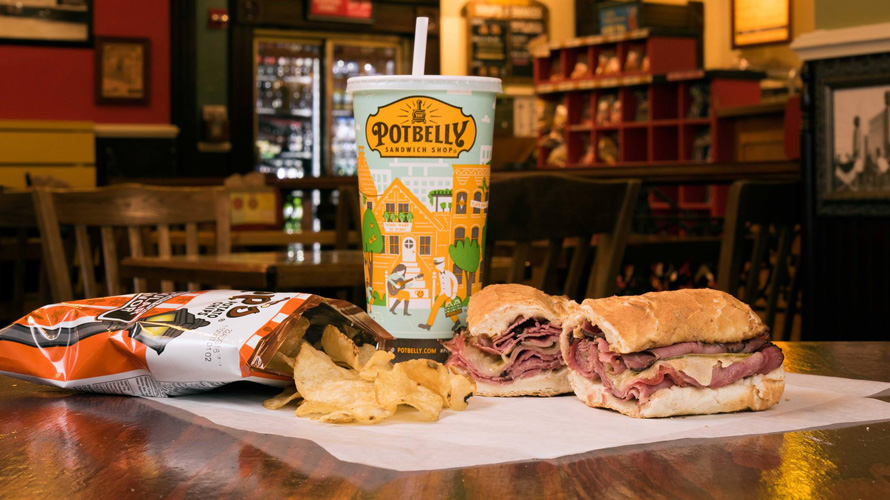 Potbelly hired Alvarez and Marsal as a restructuring adviser as the chain negotiates with landlords. - Credit by Potbelly

Potbelly Sandwich Shop has hired Alvarez and Marsal as its restructuring adviser, according to sources familiar with the situation, and is said to be weighing its financial options, including bankruptcy.

Potbelly and Alvarez and Marsal did not respond to a request for comment.

Update: Three days after publication of this story, a Potbelly spokesperson responded: “We have not engaged this firm and have no plans to do so.”

Sources said although Potbelly, which was founded in 1977, was one of the first fast-casual concepts, it has encountered increasing competition. The company also has too many shops in poor locations, sources said, and has failed to offer a flavor profile that appeals to younger consumers.

But in a restructured form, the chain could attract a buyer, an industry source said.

Potbelly warned in a May 18 public filing about its potential inability to continue to have enough cash to cover its expenses due to the material adverse effects on the company’s revenue and cash flow of the Covid-19 pandemic. The company has also previously said it could shutter up to 100 of its 400 U.S. locations.

On June 4, the restaurant chain provided an update on its business, stating that it reduced its weekly cash burn by 75%, from $2 million per week to $500,000, as of May 31. In order to reduce cash burn, the company did not pay rent for the months of April and May, in addition to cuts in general and administrative costs and capital expenditure.

At the store level, Potbelly said it is cash-flow neutral.

The restaurant operator also has said it was holding constructive conversations with landlords concerning permanent closures and lease restructurings, the outcome of which would affect cash burn in the future.

As of May 31, Potbelly said it had cash on hand of $29.7 million after repaying $15 million under its revolving credit facility, which it said is available for future borrowings, with total liquidity of $44.7 million.

“At the same time, same-store sales have improved in eight of the last nine weeks, progressing from a decline of 68% to a decline in the mid-20% range,” said Alan Johnson, the company’s CEO, in a statement accompanying the June 4 update. “Ongoing cash burn will be highly dependent on the continuing trajectory of same-store sales and the resumption of lease payments made at the vast majority of our stores. We continue to act with a sense of urgency to both protect and improve the long-term financial health and fundamentals of the business.”

“We have a plan to meet the evolving needs of our customers and the new competitive environment,” he said. “Although much remains uncertain, the strength of our people, our ideas and our execution have us well-positioned to exit the pandemic from a position of strength.”

Potbelly, which serves sandwiches, salads, hand-dipped shakes and other items, opened its first shop in Chicago in 1977, where it is still headquartered.