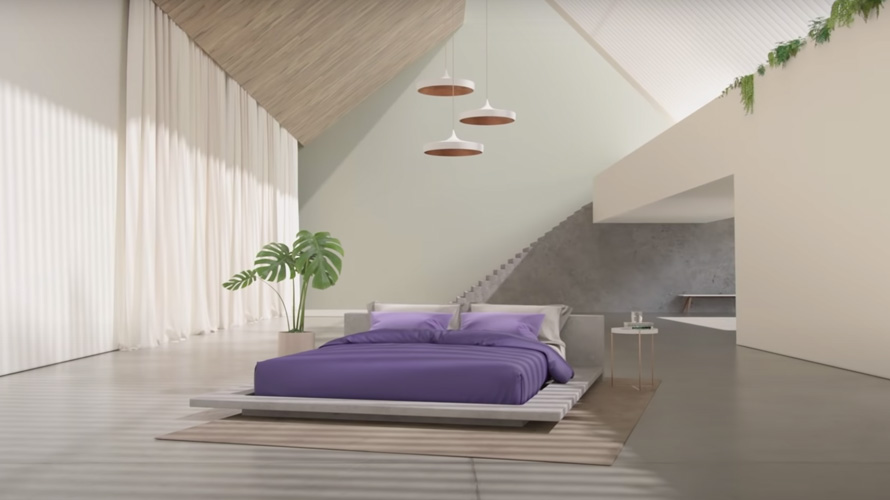 DTC sales of Purple's mattress are proving resilient during the pandemic, up 170% in April year-over-year. - Credit by Purple Mattress

Even though Purple’s mattresses have only been available for purchase since 2016, there’s a good chance you may have seen one of the company’s past ads, which have garnered some 1.8 billion views (that’s billion with a B) over the past four years.

Before Purple began selling mattresses, consumers were already familiar with the company’s signature material through Dr. Scholl’s insoles and the straps on Jansport backpacks. After founders and inventors Tony and Terry Pearce, who are brothers, figured out how to mold pieces as large as a king-size bed out of a hyper-elastic polymer, the Purple mattress was born.

Over the past several years, the direct-to-consumer brand has experienced rapid growth that’s carried through to the company’s first quarter that ended March 31. Revenue during the period increased 46% to about $122 million, up from nearly $84 million for the same period a year prior. Profits also rolled in, with net income growing to $20 million compared with a net loss the year before of just under $1 million.

After a temporary slowdown due to Covid-19, April’s DTC orders increased more than 170% year-over-year to about $54 million, showing resiliency during the pandemic. And the company’s growth doesn’t come from mattresses alone: A number of ancillary products such as pillows, sheets and seat cushions are also proving popular.

Underpinning the success of Purple, which considers itself a bit of content pioneer, is a new ad campaign that’s a departure from its recent past.

Previously, the brand was one of the first to populate social media with infotainment spots, said Burke Morley, the company’s vp of brand and executive creative director.

Such clips could be nearly 4 minutes in length and relied on storytelling and humor to explain how Purple products work. In one ad, a Sasquatch family demonstrates how Purple mattress covers work.

“[Purple] launched with a bang on the internet,” said CEO Joe Megibow. “[The videos] did a great job of cutting through and getting the brand out there.”

Megibow characterized the content as juvenile but humorous, successfully building awareness around the Purple brand at a time when video was underutilized. But the focus of the ads was more on content than the product, he explained.

Morley, a veteran of burger chain Sonic and sneaker giant Nike who joined the mattress maker almost a year ago, said Purple wanted to go in a different direction, showing how the products feel in a way similar to how restaurant commercials show food tastes. To achieve that, the company teamed with ad agency ManvsMachine.

“If you think about these better fast food chains, they are good at showing appetizing food,” Megibow pointed out, allowing viewers to virtually smell and taste the dishes depending on how moisture, movement and steam are utilized.

Morley said the company wanted to achieve, metaphorically, the same effect of bacon sizzling on a grill.

That means instead of salty, crisp bacon, Purple wanted to show off the support, lightness, breathability and durability of its mattresses. In its ad, a montage shows blocks lowered onto the product, the mattress’s material stretched to its limit, and the product floating through air, all culminating in a final image of the mattress in a serene setting, promising restful sleep.

Megibow said the company could have geeked out to tell you how the mattress works. Instead, Purple leaned heavily on imagery to demonstrate that the product is not merely a block of foam, Morley said, and by bringing the technical aspects of the product to life, taps into the audience’s emotions.

A sampling of comments on the ad on YouTube are enthusiastically positive, ranging from “The only company with ads that you don’t want to skip,” to “Watching every Purple ad has become my life.”

To adjust for the pandemic, Morley said a voiceover was added to make the ads more actionable, whereas originally the soundtrack consisted only of music.