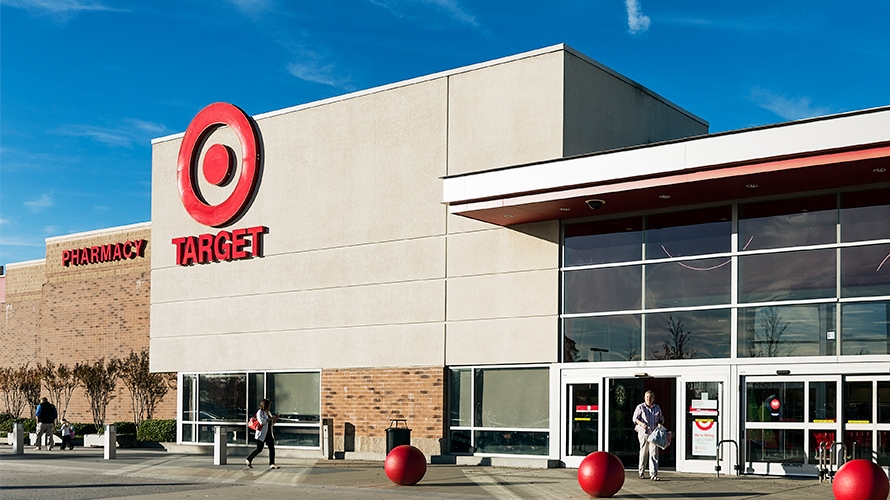 Target had a positive second quarter, which led to a boost for its stock price.

Retail earnings this quarter were once again a mixed bag, with several positive notes in earnings reports from retailers across the country, from big-box shops to department stores. But, oftentimes, any improvements in one metric were accompanied by drops in another.

Target proved to be a notable winner this week. The Minneapolis-based mega retailer reported its second-quarter earnings this week, beating Wall Street’s expectations and sending its shares up to a record high of $103 on Wednesday. Fellow big-box store Walmart had similarly positive results, with earnings per share coming in at $1.27 versus an expected $1.22, leading to a 5% jump in stock price the same day it was announced.

These results point to a bright spot in retail that isn’t named Amazon (though on the earnings call, Walmart said its performance this quarter was boosted by the “four-day July sales event” it ran to compete with Prime Day), but it doesn’t seem to signify a greater industrywide trend. Many retailers had positive and negative results, with expectations surpassed for same-store sales or adjusted earnings per share but missed for overall revenue, or vice versa.

Mall staple stores, like Urban Outfitters and Nordstrom, are an example of that dichotomy. Urban Outfitters didn’t have its “finest” quarter, according to its CEO, with profits dropping 35%, but still managed to beat expectations on adjusted earnings by share by three cents, according to CNBC. Nordstrom’s revenue fell short at $3.87 billion, compared to an estimated $3.93 billion. However, its adjusted earnings per share beat expectations (90 cents versus 75 cents) and its stock shot up despite the mixed news—perhaps speaking to the low expectations retailers are facing right now.

There’s still more to come in retail earnings for this quarter, with companies like Gap, Foot Locker, J.Jill, Lululemon, Tiffany & Co and more set to announce their earnings reports in the coming days.