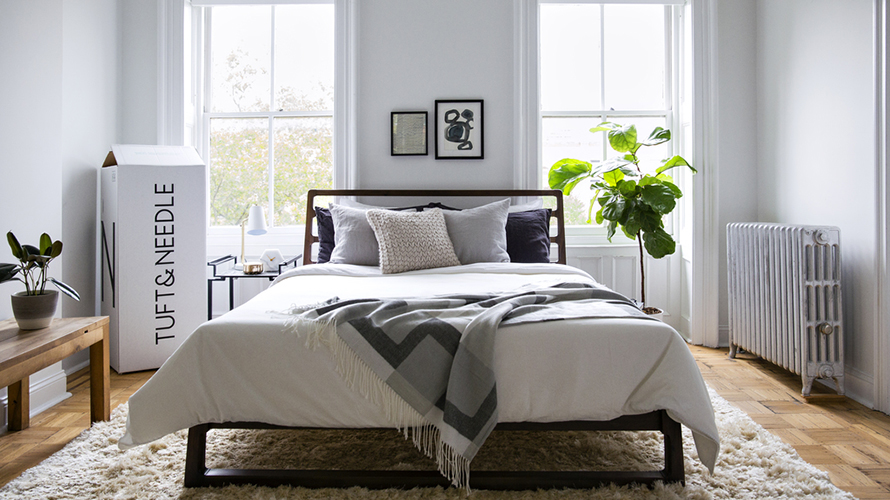 Serta Simmons Bedding has about $3 billion in sales. - Credit by Tufts & Needle

Serta Simmons Bedding isn’t sleeping on how much the online, direct-to-consumer demand for mattresses is growing.

The company, which is behind brands like Beautyrest and Tomorrow, is merging with Tuft and Needle, an ecommerce mattress company founded in 2012. Terms of the deal were not disclosed. Serta, which reported $3 billion in sales, said in a statement the merger will “offer innovative product lines, enhanced services and better value to customers.” Co-founders JT Marino and Daehee Park will become part of the leadership team at Serta Simmons Bedding and will report to Serta CEO Michael Traub. The deal comes weeks after ecommerce competitor Casper announced plans to open 200 stores across the country in the next three years and that Mattress Firm, a partner of Serta’s, will potentially is exploring filing for bankruptcy.

“The main driver here is they’re losing share on the traditional retail front and they’ve got to reverse,” said Bruce Winder, a retail analyst. “One of the quickest ways to even the playing field is [to] merge with the exciting player in the industry.”

David Wolfe, CEO of Leesa Sleep, an ecommerce competitor of Tuft and Needle’s, didn’t find it surprising or concerning, saying it reaffirms the trend of retail moving toward more online sales and gives Leesa an even bigger reason for existing.

Wolfe, who founded Leesa in 2015, said there will continue to be news like this every day as the industry is “in the midst of [a] disruption” and as department stores continue to reel from store closures and the shift in consumer demand to online.

“I think if you’re a large player in this businesses, wherever you sit in the value chain, you have to recognize that online is a really important part of your business,” Wolfe said.

However, that doesn’t invalidate the need for retail. Leesa, which already has two stores of its own, plans on expanding its retail footprint and is keeping its partnership with West Elm.

The blend of bricks and clicks is a key factor Winder said online ecommerce companies have an easier time planning for—and could help companies like Serta figure out their own direct-to-consumer strategy alongside retail. (Serta also expects direct-to-consumer companies to have about a 20 percent of market share this year.)

“You have the luxury of scaling your brick-and-mortar stores in a very intelligent [way] versus if you’re a traditional legacy you’re kinda caught flat footed with too many stores,” Winder said.

Expect to see more consolidations in the $17 billion mattress industry as the disruption shakes out, Winder added, pointing to the direct-to-consumer model as one of the tactics companies will use to survive.