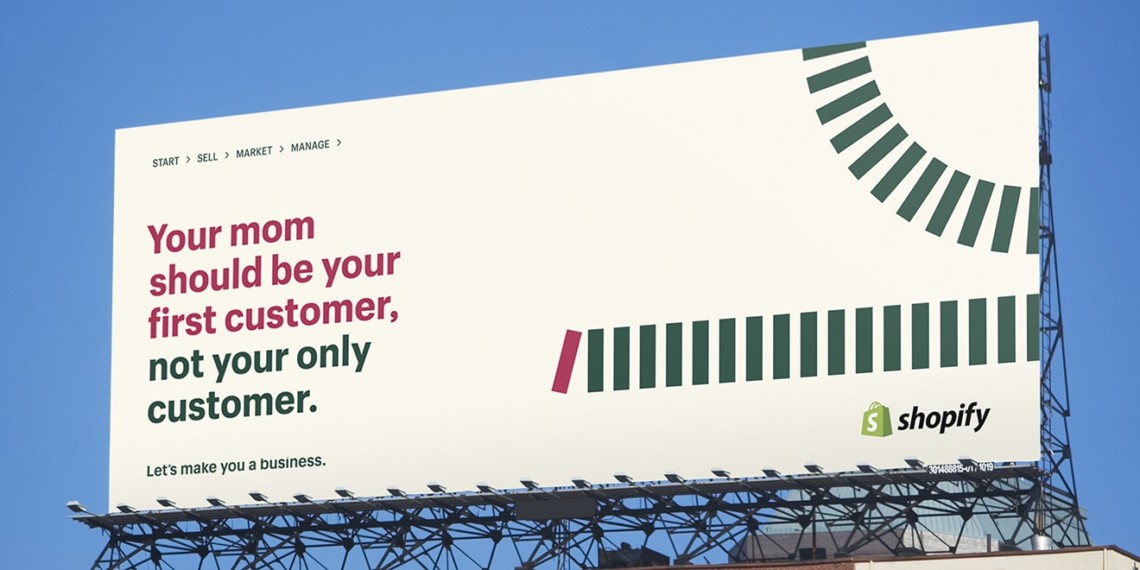 Shopify has become the go-to ecommerce platform for hundreds of thousands of businesses, but with its first brand campaign, the Ottawa-based company is aiming to convert a new swath of makers into entrepreneurs.

With lighthearted lines like “Let’s make your mom’s ‘famous’ recipe actually famous,” the outdoor-heavy campaign was developed through a partnership between the platform’s in-house creative team and agency R/GA.

The campaign’s visual motif prominently features dots and arrows, meant to represent the gradual process of turning an idea or passion into a sustainable business.

“We wanted to bring the Shopify brand to life in this campaign with clever, distinct and inspiring creative. The concept behind the campaign is the difference between making something and making something a business,” says Jeff Weiser, CMO of Shopify. “The creative features dots which represent milestones on the path of entrepreneurship and the arrows highlight that the entrepreneurial journey is non-linear.” 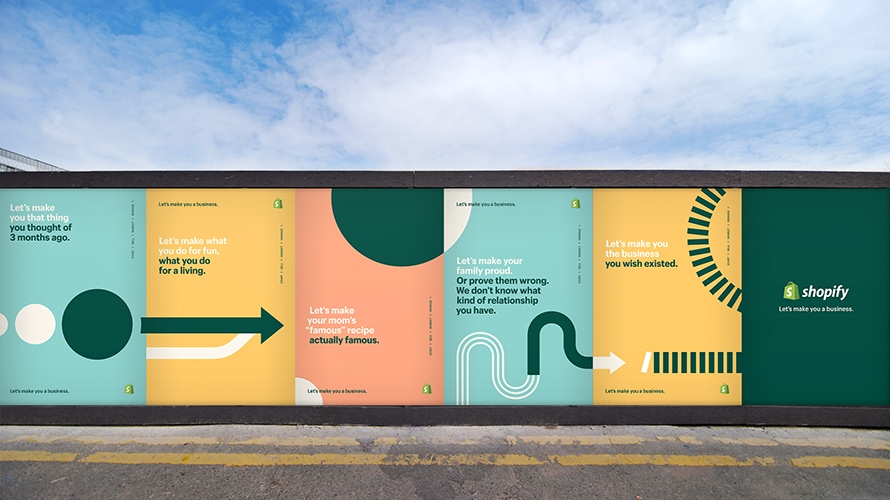 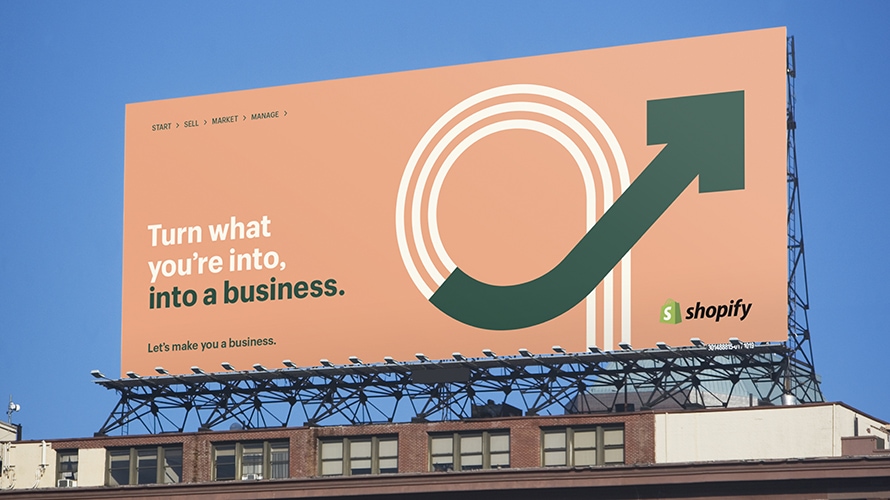 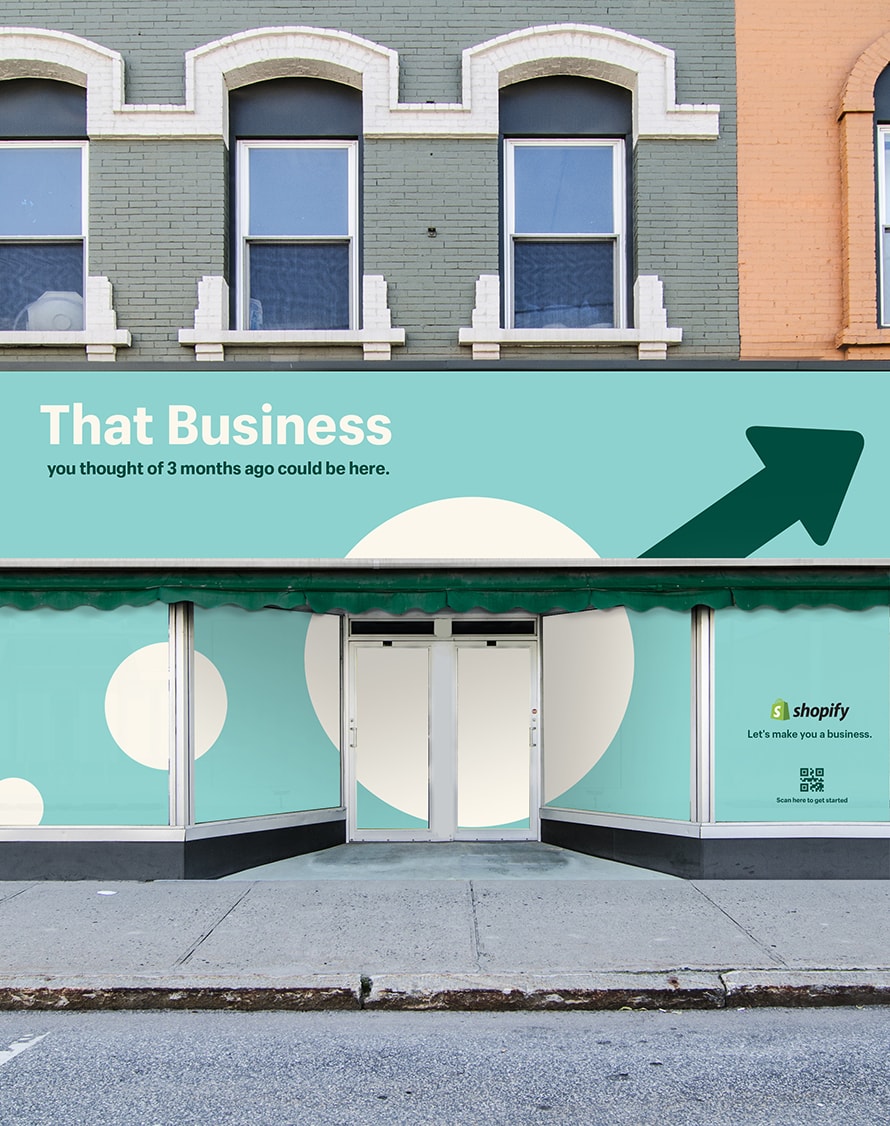 This is the company’s first foray into brand marketing as it enters what appears to be a new era of ecommerce. In addition to the out-of-home work above, the campaign will feature TV, digital video and radio.

“Shopify exists to help merchants every step of the way, and our new campaign is meant to inspire future entrepreneurs to start their own journey,” Weiser says. “This is a major milestone for Shopify as we grow our brand and continue working to make commerce better for everyone.”