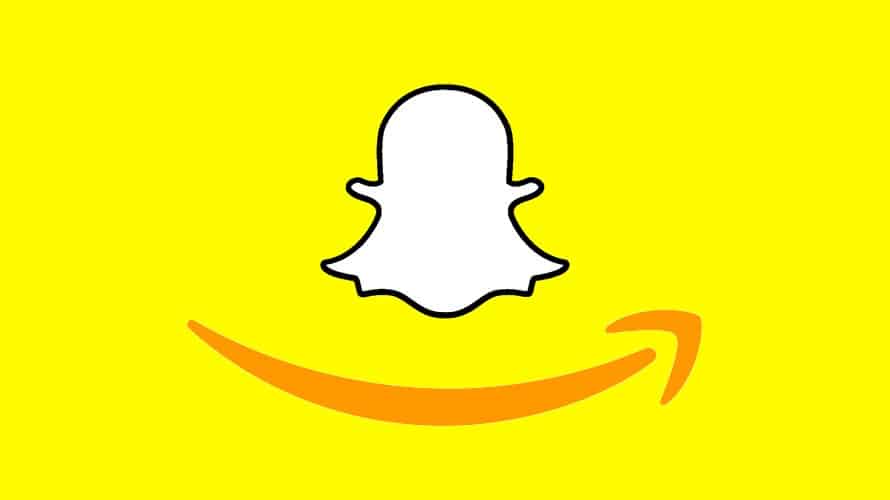 Having Amazon on board would certainly boost Snapchat's potential visual search feature. - Credit by Snapchat, Amazon

The potential of Snapchat entering the visual search arena might be enough to rattle Pinterest a little bit, but what if Amazon was one of Snapchat’s launch partners in the project?

Application researcher Ishan Agarwal discovered references inside the code for Snapchat’s Android application to Eagle, a visual search feature, and he shared his findings with Josh Constine of TechCrunch.

According to a screenshot Agarwal shared with Constine, part of the code reads, “Press and hold to identify an object, song, barcode and more! This works by sending data to Amazon, Shazam and other partners.”

Shazam did not respond to a request for comment either, but its presence can be explained by a December 2016 agreement with Snapchat, under which Snapchat users listening to music can press and hold Snapchat’s camera screen to access Shazam’s music database, discover artists and follow them on Snapchat. But Amazon is a completely different story.

Snapchat parent Snap Inc. did announce an agreement with Amazon last month, but it was limited to the sale of its Spectacles via the ecommerce giant in the U.S., U.K. and Canada.

Constine speculated that the messaging application’s visual search feature may be tied to Context Cards, which Snapchat unveiled last October with launch partners TripAdvisor, Foursquare, Michelin, Goop, Uber, Lyft, OpenTable, Resy and BookTable to supply information including reviews (from critics and customers), tips, reservations, booking rides, directions, hours of operation, phone numbers, websites and other Snaps from around the area.

Reaction to the potential new feature was mixed.

Conductor senior director of digital strategies Patrick Reinhart said, “This is a great example of the convergence of search and augmented reality, and the dominance of Amazon. This is also not a new thing, but rather the combination of existing technologies and making them more accessible to a broader audience. QR codes are not new, Shazam is not new and, most certainly, Amazon is not new, but we are seeing these types of platforms use their tech to make them more accessible to their user base.”

Forrester Research analyst Sucharita Kodali had a different viewpoint, saying, “It’s really too early to tell if it will be transformational, but given that Snapchat is more about silly selfies with rainbow vomit, it remains to be seen if any type of AR tool that leads to product will be that utilized or valuable.”

Pinterest moved full steam ahead into visual search with its introduction in February 2017 of Lens, Shop the Look and Instant Ideas, and Pinterest has since teamed up with Curalate, Olapic and ShopStyle Collective to enable people in the U.S. to use Shop the Look to browse offerings from brands including CB2, Macy’s, Neiman Marcus, Target and Wayfair.

And in March, home-improvement retail giant Home Depot teamed up with Pinterest on an initiative to expand Shop the Look by better identifying products within Pins to enhance users’ searches and improve on the results delivered by search engines.

Pinterest also has another retail juggernaut in its corner, having agreed last September to bring Lens into Target’s apps and experiences, and revealing the next month that the integration was part of a multiyear advertising deal, which also included Target receiving insights about how shoppers use Pinterest.

Reinhart saw Snapchat’s younger user base as a plus, saying, “The most interesting part about this is that Snapchat is bringing this technology to a much younger audience who may not be exposed to AR technology in other ways. A recent study found that 45 percent of Snapchat users are aged between 18 and 24, which is a significant amount of younger folks who will be introduced to this technology through their platform, which will drive its adoption to a larger audience.”

Kodali added, “The bigger question, though is: Is Snapchat still relevant? It was only ever a tool for young people, and I don’t even hear about it being popular with kids anymore. In that case, it is destined to be nothing.”