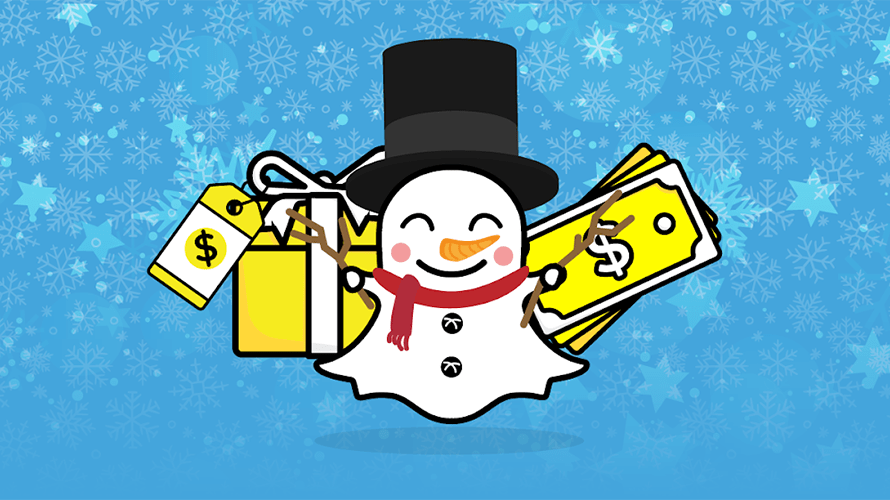 More than 90% of Snapchat users have their location turned on. - Credit by Snapchat

Santa’s making a list and checking it twice, and brands, retailers and social media platforms don’t want you to forget it.

It’s why more social platforms, like Facebook and Snapchat, are getting marketers ready for the holidays in July, versus waiting until closer to the winter months. Snapchat’s newest report, which is part of a larger group of studies around foot traffic, takes a look at what stores Snapchatters were visiting during Black Friday and the holiday season, what they were eating while doing their shopping and just how much more a user is likely to buy than a nonuser.

“It’s no surprise that 90 percent of Snapchatters around the world have location turned on,” said Amy Moussavi, global consumer insights lead at Snapchat. 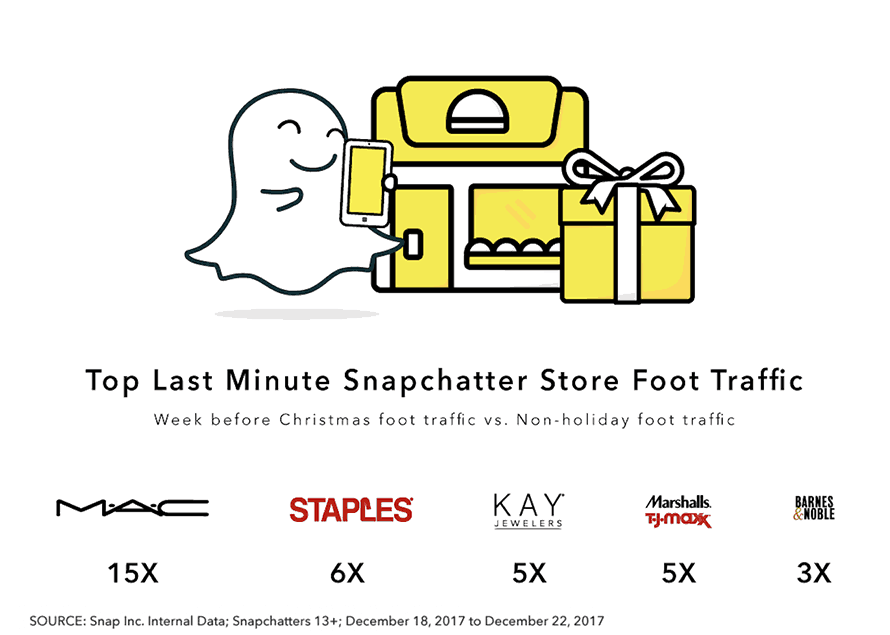 The whole point of pulling out details like these of course is to show brands, retailers and marketers the power of using Snapchat for advertising, such as radius targeting, which only serves ads in a geofenced area.

“Really, a goal of this is to be able to partner with brands and help them understand how they can take these insights and make actionable decisions on the platform,” Moussavi said.

According to the report, Snapchat users also bought 20 percent more gifts than regular consumers who aren’t on Snapchat, and these users “made 850 million shopping trips on Black Friday weekend.” A key insight for retailers: Snapchat users under 21 like to go to apparel stores, and those older than that prefer big-box stores.

Snapchat doesn’t leave out other brands from the study; it also zones in on food and entertainment. During holiday shopping, Snapchat users are likely to eat at stores like Starbucks, Dunkin’ Donuts and Subway. They also like to skip out on holiday shopping, with 3.8 million users going to the movies on Black Friday than 2.6 million the week before and 3.3. million going over Christmas weekend versus the 2.8 million who went the week before. 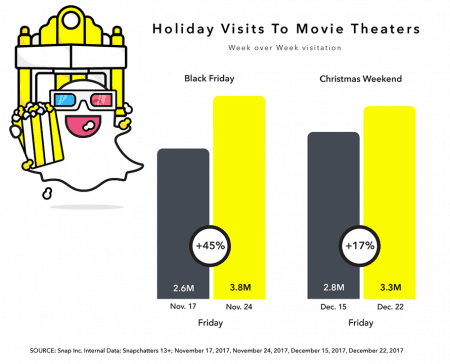 While all this data is handy for advertisers and marketers, Snapchat wants them to know just how much location data they have on its users—and how valuable it can be for them.

“These footprints [reports] just highlight our commitment to location,” Moussavi said. “What we’re doing here is showcasing how we can leverage that rich location insight about consumer behavior. This week is the first time we’re sharing that publicly, and we’re really excited to do that in a way that respects our users privacy and allows brands to learn a bit more about the snapchat audience but also about consumers in general.”

However, brands and retailers are also setting their sights on other platforms like Facebook and Instagram, a move that some Gen Zers think is a smart play.

“Snapchat isn’t the platform where I would go to spend that [advertising] money,” said Connor Blakley, 17-year-old founder of YouthLogic. “If I’m a brand in 2018, I’m not on Snapchat.”

Blakley added that two years ago, Snapchat was the “hottest thing on earth,” but now, Instagram is where everyone is, thanks to the increase in views people get on their Instagram Stories.

However, Jesse Kay, the 17-year-old host of the 20 under 20s podcast and a brand consultant and strategist, does suggest brands get on Snapchat because people are still using it. He recommends branded geotags, geotargeting ads and Instagram ads.

“I’d focus more on that direct person-to-person transaction to lock into these demographics rather than swipe through ads,” Kay said.

And while some brands might discount the amount of spending power Gen Z, Kay and Blakley disagree, as did Snapchat in their own Gen Z May 2018 report that stated they have $44 million in buying power.

“If people our age didn’t have money, then people like Logan Paul couldn’t make thousands of dollars a year,” Kay said. “Clearly, people our age have spending power.”

Blakley also argues that this spending power extends not just to purchases for themselves, but items for the household that their parents buy like laundry detergent and cereal.

“Gen Z’s access to their parents credit cards is [similar to the access] to their phone,” Blakely said.