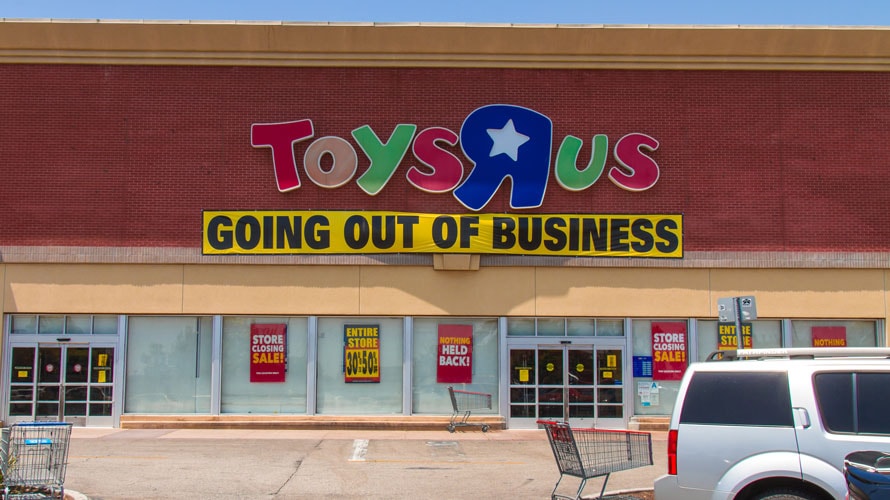 Now, a toy store needs to be different from what consumers have seen before. - Credit by Getty Images

Investors who scooped up whatever was left of toy store Toys R Us in 2018 are hoping a new generation of children will want to be Toys R Us kids—and that the adults who shopped there when they were young still haven’t grown up, much like those in its jingle.

That’s according to Bloomberg, which said the retailer’s new parent wants to revive the brand online and is eyeing half a dozen smaller-format locations in the U.S., with an emphasis on play.

A spokesperson for parent company Tru Kids Brands, however, told Adweek “We aren’t in a position to publicly share details on our U.S. strategy at this time.”

The company has announced a partnership with hobby retailer Hobby Warehouse to bring Toys R Us and its sister brand Babies R Us to New Zealand and Australia with—wait for it—an emphasis on ecommerce and fewer, smaller stores where consumers can try out products.

However, consumer nostalgia alone—even among parents who were sad to see a relic of their childhoods go—is not enough to surmount the challenges that brought down Toys R Us to begin with. (Unlike the 1919 Chicago White Sox, simply building another venue does not guarantee consumers will show up.)

Here’s a rundown of some of the obstacles the toy retailer will face in 2019—and what it will have to do to survive if it wants to serve future generations of children.

First and foremost, consumers are familiar with the brand’s struggles and may perceive Toys R Us to be damaged goods now. Or, as retail expert and consultant Bruce Winder put it, “Toys R Us has a brand hangover.”

As a result, shoppers may be reluctant to buy big-ticket items out of fear it will shut down again and they’ll be SOL if there are any problems with said items.

In addition, the toy industry is a particularly tough racket, which makes a rebirth for Toys R Us—with fewer resources, no marketing and angry suppliers who got stiffed after it filed bankruptcy—seem even less likely, said Sucharita Kodali, vice president and principal analyst at market-research firm Forrester.

“You know what it reminds me of? At the mall, those random pop-ups around Halloween or Christmas, taking advantage of foot traffic that happens to be there,” she added.

Plus, toy stores are not so commonplace anymore. The market has changed: Mass merchants stock toys, kids are into devices with screens and parents are buying experiences in addition to just toys.

What’s more, Kodali said a significant portion of sales at a store like Toys R Us are seasonal and depend on a hot license.

“The reason Toys R Us didn’t declare bankruptcy a year earlier is Star Wars gave them a lifeline,” she said. “A hot movie can make one season, but there is not a hot movie every year.”

And so, beyond these challenges, Toys R Us must truly reinvent itself and invest in something—and the jury is still out on if fewer, smaller locations with play areas is adequate.

Analysts concede there is a place in the market for a new toy store, but it would need a really great experience that would have to be “way more than what Toys R Us has ever delivered,” Kodali said. And then—only then—would Toys R Us have a chance against mass merchants.

But that’s not to say this is what its investors will do.

“I don’t think the people who have picked up the licensing on the cheap are intending to [substantially reinvent the brand],” Kodali said. “I think they’re intending to milk it for its last worth for another season or two without having to be encumbered by the debt.”

Allen Adamson, co-founder of marketing services firm Metaforce and adjunct associate professor at the NYU Stern School of Business, agreed consumers aren’t going to go to a store simply for a commodity.

“They have to reimagine what retail looks like in 2020—not 2005,” Adamson said. “They need to start with the online experience and then add retail on top to enhance the experience or add some spice on top. Most retailers started with brick and mortar and added online—now they have to start online and figure out how to add a retail component to add topspin.”

If Toys R Us—or another toy store—has an advantage, it’s that there are parts of the retail experience that are difficult to replicate online, such as bringing joy to children, Winder said. And shopping at a toy store also helps teach kids they have to make choices when they pick the one toy they want most because they can’t have everything.

What’s more, for parents having a tough time deciding what to buy, there’s potential to turn toy shopping into more of a consultative experience in which knowledgeable staff help consumers shop.

“They can create an experience that’s more than picking up a commoditized product, which is what Whole Foods is trying to do,” he added.

In the end, Winder said the playbook may be in replicating toy retailer FAO Schwarz, which was acquired by consumer-products company ThreeSixty Group from Toys R Us in 2016.

FAO Schwarz has long been experiential, but now most of the products it carries are not from big toy vendors but rather private label, Winder said. And, as it turns out, the FAO Schwarz toy collection is now manufactured by none other than its parent ThreeSixty.

“What they’ve done is limit [brands like Hasbro and Mattel] to 10 to 15%,” he said. “The rest of the store is their own label. They can source from their own vendors. If I was Toys R Us, I would look at that.”

“I think they’re doing it right—that is what Toys R Us should be,” Winder said. “That’s an experiential store.”