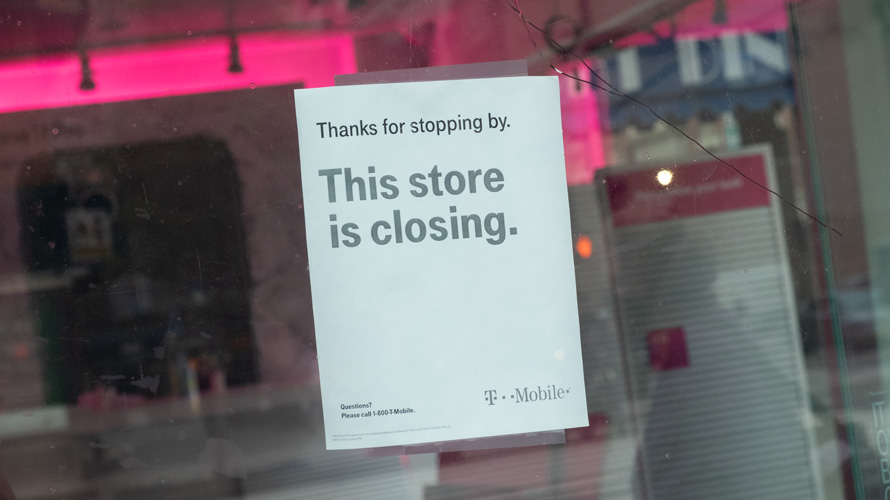 That’s according to a new report from research and advisory firm Coresight Research, which updated its previous estimate of 15,000 stores “in light of the escalating impact of the coronavirus pandemic.”

Perhaps not surprisingly, it is the retailers of discretionary goods like apparel and department stores that will lead these closures. This, despite rosy reports from retailers like Abercrombie & Fitch, which said it recovered 80% of sales in reopened U.S. stores in its Q1 earnings report, and Gap, which reportedly said reopened stores have recouped 70% of last year’s sales.

In fact, of the store closures we’ll see throughout the rest of the year, Coresight estimates 55% to 60% will be mall-based. That’s because apparel and department stores represent seven of the top 10 occupants of U.S. mall space.

“The high dependence of malls on these two retail formats has ominous implications,” said Deborah Weinswig, CEO of Coresight. “Department stores and other large-format retailers have traditionally played the role of anchor tenants … and generate strong foot traffic that attracts other retailers … department and large apparel-chain store closures in malls will, therefore, create a ripple effect that spells bad news for malls.”

Coresight has recorded about 4,000 planned store closures in the U.S. as of June 5, including retailers like Pier 1 Imports, GNC, Tuesday Morning, Victoria’s Secret, Papyrus and JCPenney.

While the total year-to-date closures are lower than this time last year, Coresight predicts a “major uptick” because of decreased demand for discretionary goods. Coresight said a prior consumer survey found that half of respondents with new spending patterns think it will take at least five to six months before spending returns to normal.

“We expect that a return to pre-crisis levels in offline discretionary retail sales overall will be gradual, as we expect consumer confidence, demand and spending to be short of normal for some time,” Weinswig wrote in the report.

Ecommerce is also partially to blame. According to the report, any permanent migration of consumer spending online may lead some retailers to consider downsizing their physical footprints, especially if those retailers “discovered they could achieve meaningful sales retention through ecommerce when their stores were temporarily closed.”

Join the foremost brand marketers, such as Marc Pritchard of P&G, Brad Hiranaga of General Mills, Kory Marchisotto of e.l.f. and more, for Brandweek Masters Live on Sept. 14-17. Secure your pass today. Early-bird rates expire 9/1.
@lisalacy lisa.lacy@adweek.com Lisa Lacy is a senior writer at Adweek, where she focuses on retail and the growing reach of Amazon.