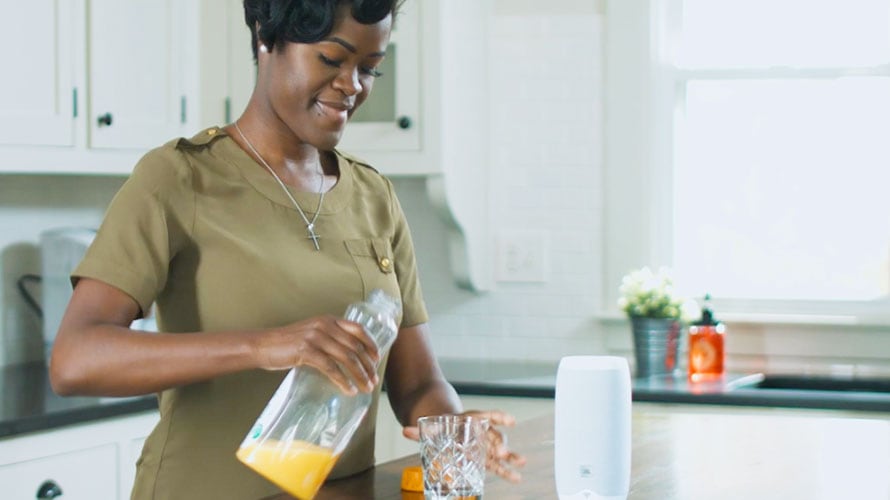 “Hey Google, go to Walmart and do my grocery shopping.”

Starting this month, Walmart customers will be able to ask Google Assistant to add groceries to their digital carts starting with expanded Voice Order functionality.

Tom Ward, senior vice president of digital operations at Walmart U.S., said in a blog post that customers should be “extra confident” Walmart will “quickly and accurately” identify the items they want “with the help of information from their prior purchases with us.” That means Susie Shopper can say, “Milk,” instead of asking specifically for a gallon of organic skim milk.

Ward said Voice Order will work with Google to start, but other partners will be added “as time goes on.” (In January, Google announced its Assistant is available on 1 billion devices, which gives Walmart and consumers alike a surfeit of potential access points.)

While the name “Voice Order” implies the ability to complete orders verbally—and Walmart says it wants to “make grocery pickup and delivery even easier”—it was not immediately clear whether customers can actually use the service to check out and schedule fulfillment as well. A Walmart rep did not immediately respond to a request for comment.

Ward described Walmart’s Voice Order as “one of a kind” in the blog post, but that’s not entirely true.

Amazon has enabled customers to use Alexa to build digital carts for products from Whole Foods since at least September 2018.

Amazon’s voice-order functionality is limited to Prime members in cities where Whole Foods is available for Prime Now delivery or in-store pickup. However, it’s otherwise practically identical, from the voice commands to the use of data from past purchases.

Walmart announced its voice-shopping partnership with Google in 2017, promising hundreds of thousands of items would eventually be available. By October, Walmart said 2 million products could be ordered via voice.

Despite widespread adoption of voice-enabled devices, consumers have been slower to embrace voice shopping. Expanded functionality, however, has the potential to make consumers more comfortable and drive adoption. A year ago, Google and Target issued what was arguably the first voice-activated coupon for customers who said, “Spring in to Target,” to Google Assistant on Google Home or the Google Assistant app on Android or iOS. It may have been ahead of its time, but it’s not likely the last we’ll see.