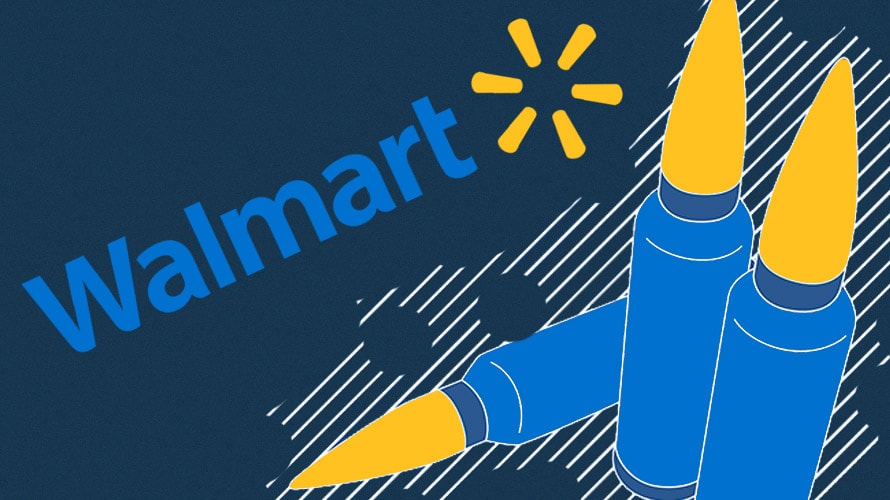 CEO Doug McMillon said the retailer will cut its ammunition inventory by more than half. - Credit by Walmart

After “a lot of thought,” Walmart CEO Doug McMillon announced the retailer will stop selling handgun and short-barrel rifle ammunition, as well as end the sale of handguns in Alaska, the only state where they were available, after its current inventory commitments.

As a result, McMillon said Walmart’s market share in ammunition will decline from 20% to between 6% and 9%. The news comes about a month after two shootings at Walmart stores in Mississippi and El Paso, Texas, as well as a mass shooting in Ohio and just days after another mass shooting in Odessa, Texas.

The retailer will continue to meet “the needs of hunting and sport shooting enthusiasts,” McMillon wrote, by selling long-barrel deer rifles and shotguns, along with accessories and “much of the ammunition they require.”

“We know these decisions will inconvenience some of our customers, and we hope they will understand,” he added. “As a company, we experienced two horrific events in one week, and we will never be the same.”

A Walmart spokesperson was not immediately available for further comment.

In addition, McMillon asked customers to no longer carry firearms into stores, even in states with open carry laws, unless they work in law enforcement. That follows multiple incidents of individuals “attempting to make a statement and test our response” by entering stores with weapons, as well as “well-intentioned customers acting lawfully that have inadvertently caused a store to be evacuated and local law enforcement to be called to respond.”

There is no change to Walmart’s concealed carry policy.

“We will treat law-abiding customers with respect, and we will have a very non-confrontational approach,” McMillon wrote. “Our priority is your safety. We will be providing new signage to help communicate this policy in the coming weeks.”

McMillon said Walmart also plans to work with other retailers on sharing best practices, such as the technical specifications and compliance controls for its firearms sales technology platform, which he said assesses tens of millions of possible combinations of federal, state and local laws, regulations and licensing requirements that “come into effect based on where the firearm is being sold and who is purchasing it.”

“We hope that providing this information, free of charge, will help more retailers sell firearms in a responsible, compliant manner,” he added.

He also called on the government to strengthen background checks, “to remove weapons from those who have been determined to pose an imminent danger,” and to debate the reauthorization of the Federal Assault Weapons Ban “to determine its effectiveness.”

“We have a long heritage as a company of serving responsible hunters and sportsmen and women, and we’re going to continue doing so. Our founder, Sam Walton, was an avid outdoorsman who had a passion for quail hunting, and we’re headquartered in a state known for its duck hunting and deer hunting,” said McMillon, noting that he, too, is a gun owner. “We understand that heritage, our deeply rooted place in America and our influence as the world’s largest retailer. … [I]n a complex situation lacking a simple solution, we are trying to take constructive steps to reduce the risk that events like these will happen again. The status quo is unacceptable.”

Previous Walmart policy changes include ending the sale of handguns and military-style rifles, raising the age limit to purchase a firearm or ammunition to 21, requiring a “green light” on a background check, videotaping the point of sale for firearms and only allowing certain trained associates to sell firearms.

Walmart followed Dick’s Sporting Goods, which in March announced it would no longer sell firearms at 125 of its 720 stores. The move came after the company pulled all of its assault-style rifles and high-capacity magazines from stores in February 2018, following the mass shooting at Marjory Stoneman Douglas High School in Parkland, Fla.

“As the largest brick-and-mortar retailer in the country, Walmart has its finger on the pulse of what Americans want, and this decision reflects a clear reality—Americans want to be kept safe from gun violence,” said John Feinblatt, president of the nonprofit organization Everytown for Gun Safety, in a statement. “Elected officials would be well advised to remember that reality when they return to Washington next week.”