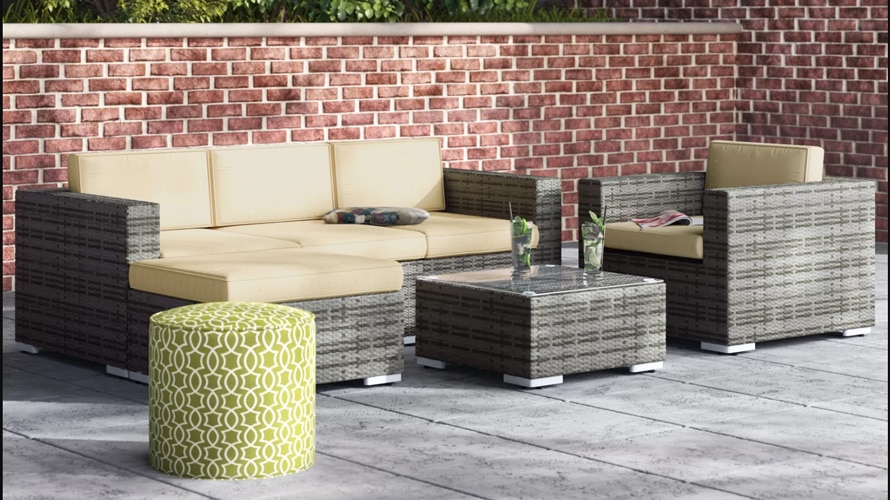 Q3 might be more telling for Wayfair than Q2. - Credit by Wayfair

With 17.8 million active customers, 9.2 million orders placed and net revenue of $2.3 billion in the second quarter of 2019, home goods retailer Wayfair has yet to report much customer blowback as a result of the Wayfair Walkout on June 25.

That being said, the scandal broke five days before the end of the second quarter, so results from the current quarter may be more telling—and, during Thursday’s earnings call, CFO Michael Fleisher said to expect a third-quarter loss in the U.S., although he attributed this to factors like building out Wayfair’s global logistics network.

For now, Wayfair ended the second quarter with $2.3 billion in direct retail, which it said consists mostly of sales through its websites. That marks net revenue growth of $691 million, or 42% year-over-year.

It also ended the second quarter with 17.8 million active customers, which is a year-over-year increase of 39%.

Repeat customers placed 6.2 million of 9.2 million orders in the quarter, the latter of which is an increase of 42% year-over year. But customers aren’t necessarily spending more: Average order value was $255, which is nearly the same as the second quarter of 2018.

In the 12 months ending June 30, net revenue per active customer was $447, an uptick of 1.6% compared to the previous year. Wayfair had $8 billion in net revenue for that same yearlong period.

During the earnings call, CEO Niraj Shah did not name the Wayfair Walkout specifically, but addressed the controversy as “headlines in late June,” and said the company believes in supporting its employees’ causes and is “working with them internally to navigate this.”

An employee representative did not respond to a request for comment.

Shah focused on the positives, like logistics. He said the retailer has added 5 million square feet of space to its network. That includes a warehouse in Savannah, Ga., so Wayfair now has a presence in every major port city in the U.S., which will help it keep pace with Amazon’s shift to one-day shipping.

It has also started to receive shipments directly into its Mississauga, Ontario, facility instead of bringing goods across the U.S. border.

Outdoor furniture is another big focus. Per Shah’s figures, this is a $5 billion market in the U.S. and is growing thanks to consumers who increasingly see their patios as extensions of their living rooms. In addition, Shah said outdoor furniture options are limited in brick and mortar, which is in part why Wayfair sees this space as uniquely suited to the online market—what’s more, Wayfair customers can shop the category year-round, instead of just in warm months, as is often the case in physical retail.

Shah said the retailer is introducing dynamic imagery to showcase products in the most relevant context. So, in the case of a customer query for chairs for an outdoor bar, the image would not include stools next to a kitchen island indoors, he added.

Another underserved market in ecommerce is luxury home goods, which co-chairman Steve Conine said is a market worth $70 billion. That’s where Wayfair’s Perigold brand comes in, targeting the top 5% of U.S. households in terms of income. Perigold now has over 500 suppliers and brands like Lillian August, Schumacher, Century and Janus et Cie.

Conine did not share specifics, but he said Perigold’s growth revenue is on track to more than double this year.

According to web analytics firm Similarweb, investors were worried the company is racking up big losses at the expense of growth. However, its data shows U.S. site traffic increased to 18.6% of the market. International conversion—which includes Canada, the U.K. and Germany—grew 49% year-over-year, leading Similarweb to conclude, “it appears that Wayfair’s push for growth is paying off, particularly in international markets.”

During the call, the brand said it only just started brand-building in Germany earlier this year, and, while it intends to expand further into Europe, it doesn’t want too many early-stage markets to become a distraction. So, in the short term, its focus will be on Germany and then Europe more broadly over a longer—and not fixed—timeframe.