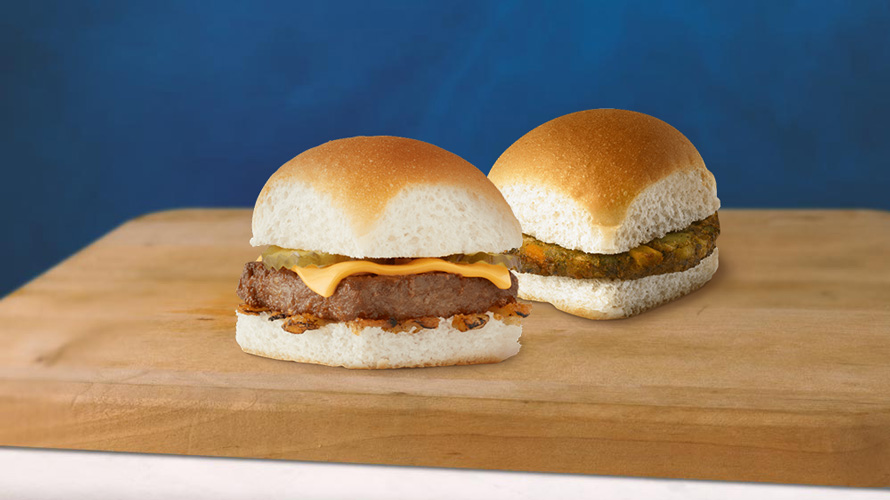 Diners will have at least one less thing to feel guilty about when they order food at late-night staple White Castle, thanks to the chain’s addition of plant-based cheese to its menu.

The burger chain will soon be offering dairy-free cheddar cheese, courtesy of maker GoodPlanet Foods, as an alternative for its customers in New Jersey and New York City beginning March 1.

“We are excited to bring this new non-dairy, vegan item to Cravers in the New York and New Jersey areas with the hope of taking it to other markets in the future,” said Jamie Richardson, vp, White Castle, in a statement.

The topping can be ordered to complement any slider, including the plant-based Impossible Slider, the fast food chain said, adding that it is the first fast-food hamburger chain in the U.S. to introduce plant-based cheese.

White Castle began offering the Impossible Slider in April 2018 as a test item. Five months later, the burger became a permanent fixture on its menu.

White Castle has a history of offering vegan and vegetarian options to its customers. It introduced its Veggie Slider, a vegan patty made by Dr. Praeger’s, in 2015. The item is still available in both its restaurants and in retail outlets.

The fast food chain also has a black bean slider, but it is available in retail outlets such as grocery stores only. In addition, White Castle changed its bun recipe so that it is vegan.

“We’re committed to innovation, and we’re always looking for ways to do things better and make things better for our loyal customers,” Richardson said. “It’s exciting to be the fast-food restaurant that’s leading the trend in providing plant-based options for consumers.”

In addition to White Castle, plant-based protein is making its way into restaurants on all over the U.S. Both Burger King and Denny’s have rolled out vegan burgers in its restaurants nationwide. McDonald’s has been testing plant-based offerings in Canada and is slowly expanding its trial there.