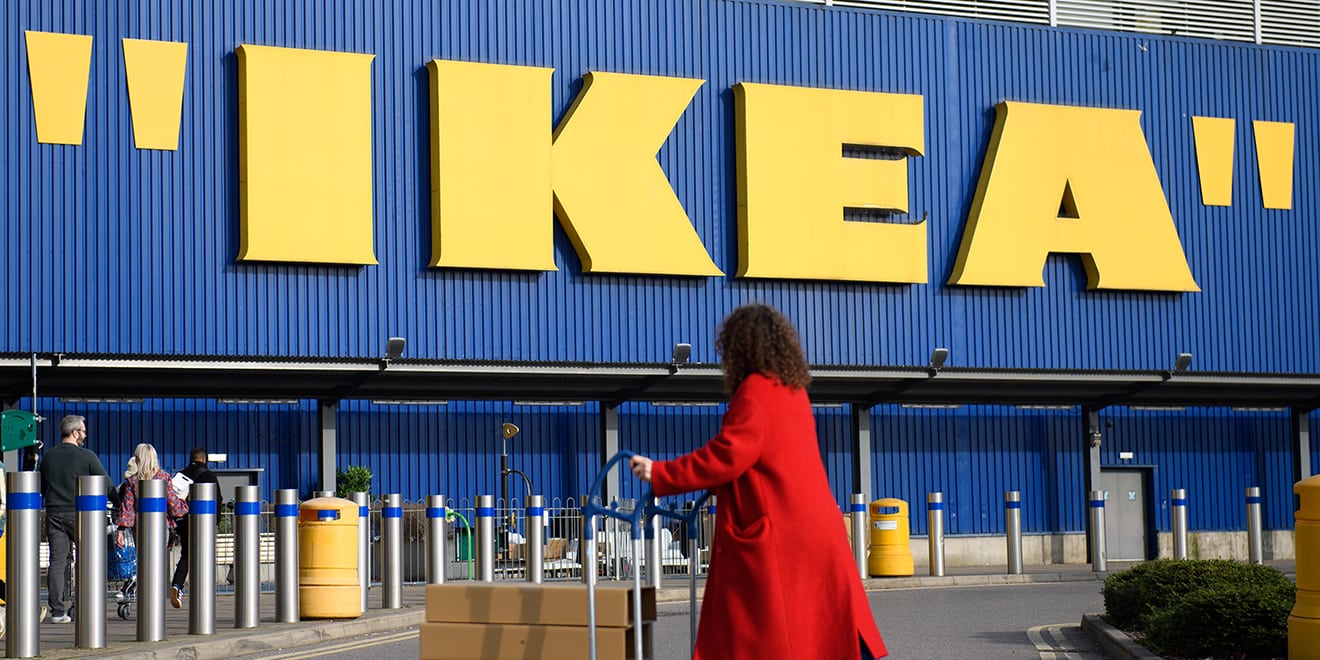 Ikea's Wembley location in London has temporarily added quotes for the launch of the chain's Virgil Abloh collaboration. - Credit by Ikea U.K.

Typically, seeing quotes around a brand name would make you understandably wary, in the same way you’d be reluctant to eat something that someone described with air-quotes as “food.”

But with Ikea’s Wembley location in London, there’s a good—albeit a bit obscure—reason why the chain has put quote marks around its name on the front of the building. This marks the first time Ikea has ever altered its storefront logo, according to the retailer.

Created in partnership with agency Mother London, the “Ikea” signage is in honor of the chain’s new collaboration with Louis Vuitton creative director Virgil Abloh. The resulting Markerad collection is described by the chain as featuring 15 “everyday objects that have been transformed into statement design icons.”

Due to anticipated high demand, tickets were issued to those who wanted a shot at buying the products in Ikea’s Wembley, Croydon and Dublin locations before supplies run out this weekend. The supply of free tickets was exhausted in five minutes, and thousands of consumers are expected to flock to the locations this weekend to buy from the limited-time collection.

OK, so why the quote marks? 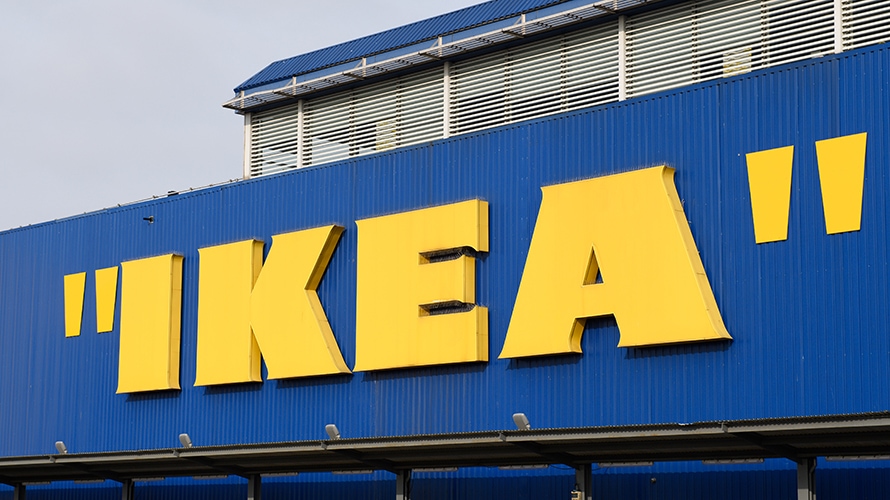 Ikea U.K.
Abloh is highly regarded for his experimental blend of art and fashion, and one of his more eccentric calling cards is the use of seemingly unnecessary quote marks. The decision to turn these words into “words” is obviously intentional, and Abloh has said he enjoys how the punctuation can subtly but potently change the way text is interpreted.

“You can use typography and wording to completely change the perception of a thing without changing anything about it” Abloh told German magazine 032c in 2017. “If I take a men’s sweatshirt and write ‘woman’ on its back, that’s art.”

The approach was somewhat common with Abloh’s high-end streetwear brand Off-White before he joined Louis Vuitton in 2018: 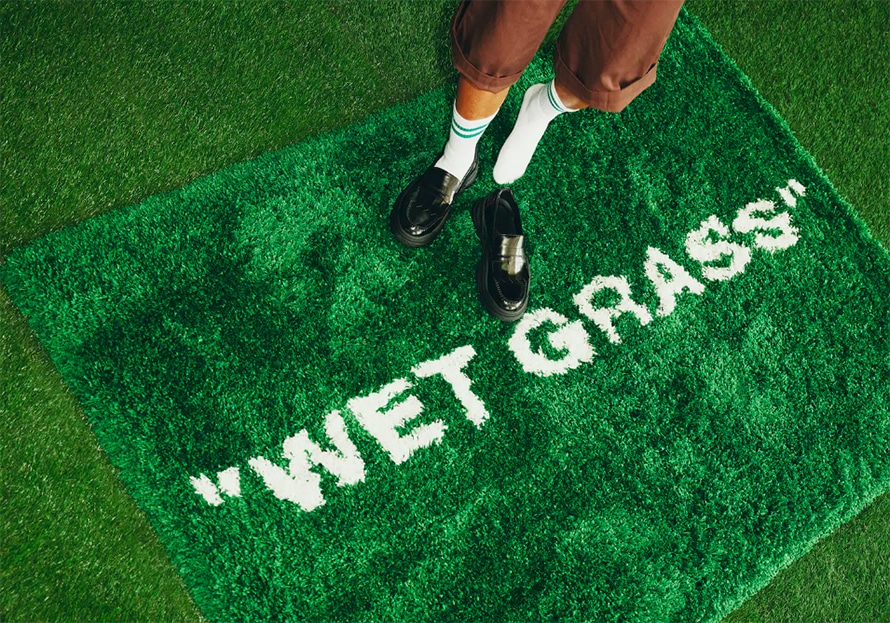 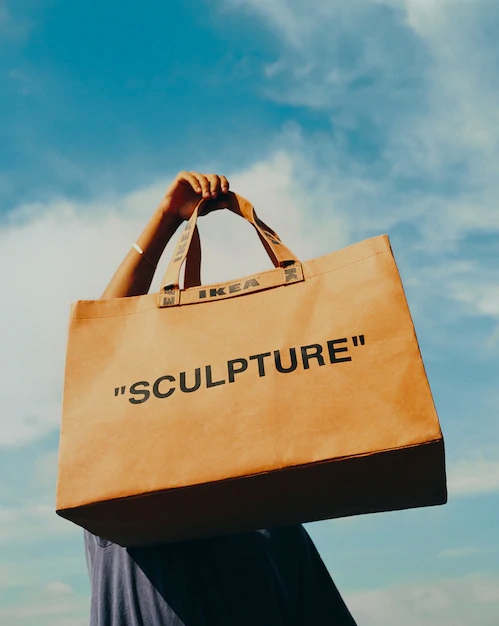 “When we first found out about the collaboration between Virgil Abloh and IKEA, we knew it would be a special collection, and excitement has been building ever since,” says Ikea U.K. spokesman Jared Sager in a statement about the Wembley activation. “Being able to offer our customers items designed by one of the world’s most sought-after designers at affordable prices is something we’re really proud of, and we can’t wait to hear what people think.”

The quote marks on the Wembley location will be removed after this weekend’s special event for the Markerad collection is “over.”
@griner david.griner@adweek.com David Griner is creative and innovation editor at Adweek and host of Adweek's podcast, "Yeah, That's Probably an Ad."