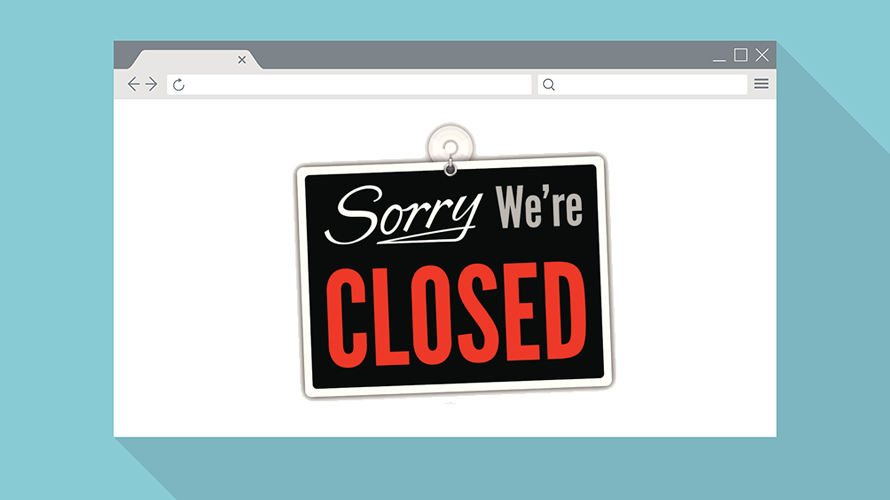 Retailers are facing tough decisions as they try to adjust to the impact of the coronavirus. - Credit by Trent Joaquin

With the vast majority of the retail industry labeled “inessential” by state and local authorities, everyone from mom-and-pop operations to major retailers have had to lock up shop because of the coronavirus.

Although ecommerce provides an opportunity to make sales despite store closures, some brands are shelving their online platforms as well, whether to remain true to a brand’s core values or because of a snag in operations.

Patagonia and TJX Companies, which own and operates brands including TJ Maxx and Marshalls, have all closed their brick-and-mortar as well as online ecommerce platforms. Victoria’s Secret closed its online shop earlier this week, but restarted its operations a few days later.

“This is honestly a level of insanity that I’ve never seen before,” said Sucharita Kodali, a retail analyst at Forrester.

On Monday, visitors to the Victoria’s Secret online store were met with a brief message: “We have made the decision to temporarily close our online and brick and mortar stores through March 29th.” 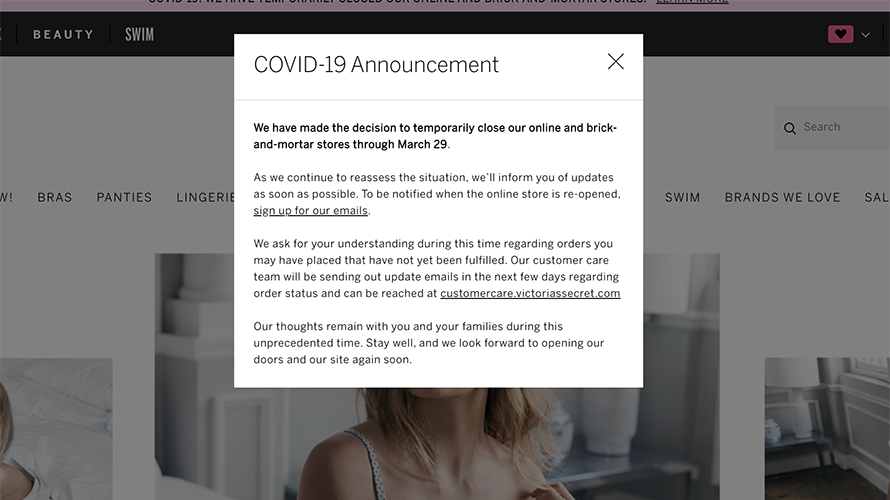 But by Thursday, visitors were met with another post: “We’ve been working around the clock to implement safeguards in our distribution centers and are pleased to say we feel confident in the steps we’ve taken.” 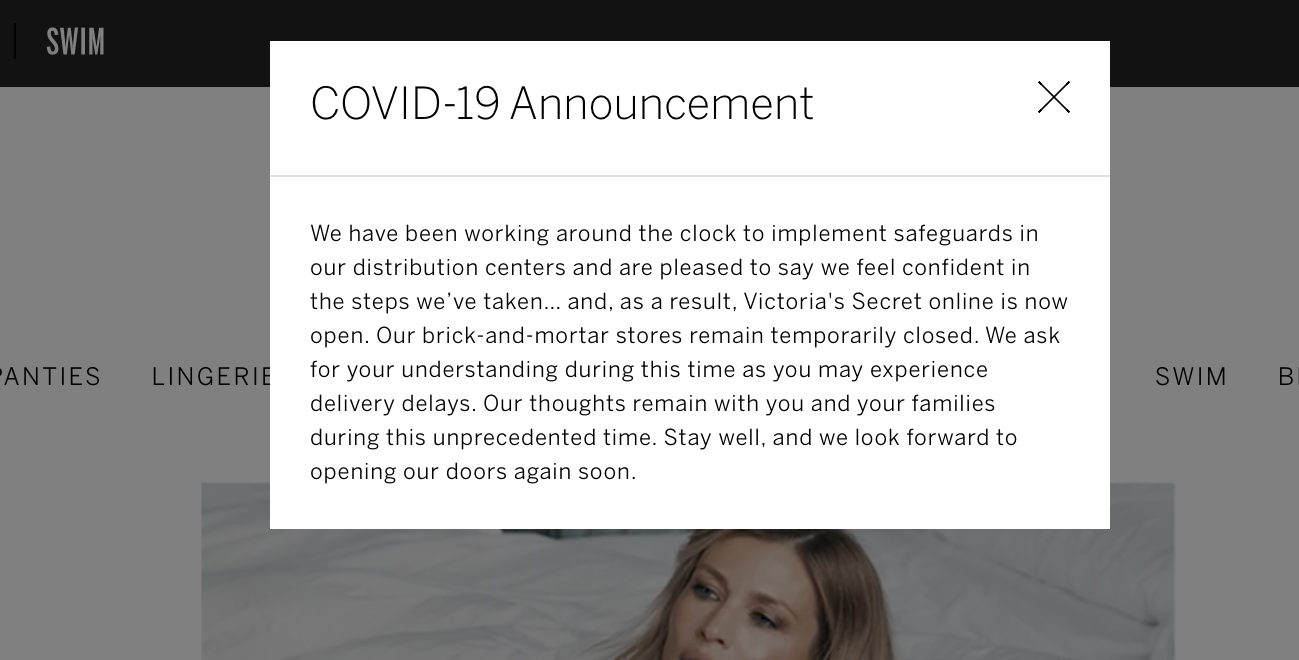 The store was back online. So what happened?

“I don’t know why a retailer would [shutter] its operation unless they are struggling to [get] workers, the ones they really need to do things like operate forklifts or run the IT software, to show up,” Kodali said. “The prevailing narrative is, ‘At least keep your ecommerce lights on because that’s all you have.'”

Another possibility is the cost of operating outweighed the possible revenue that would be generated by the platform. But the fact that Victoria’s Secret was back online before even its own deadline suggests that wasn’t the case.

Earlier this month, the outdoor retail brand Patagonia announced on March 13 that in addition to closing its physical stores, it would also close its online shop. 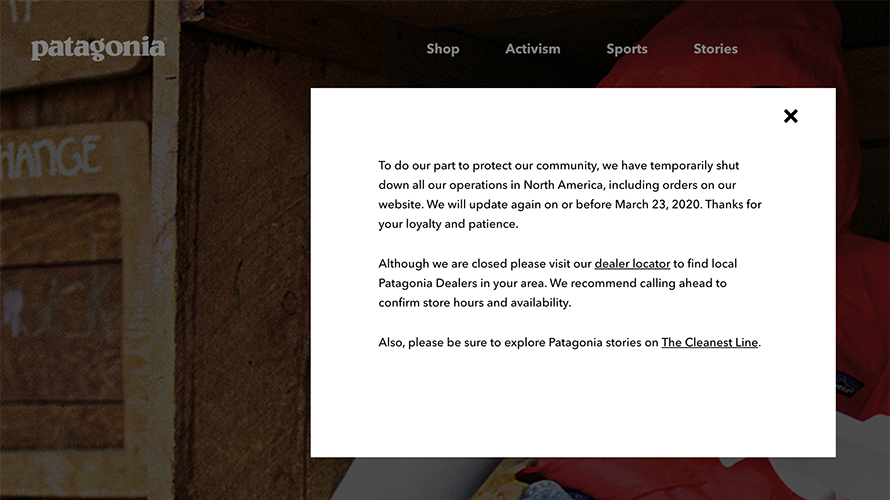 “To do our part to protect our community, we have temporarily shut down operations in North America, including orders on our website,” according to a post on Patagonia’s website.

The president and CEO of the brand, Rose Marcario, also published an open letter on the site, saying, “The safety of our employees and our communities is our top priority, and we are taking responsible precautions to help stop the spread of this scary virus where we can.” She said the brand would “reassess” and post an update today, but as of publishing time the online store remained closed.

The decision makes sense when you consider the fact that Patagonia has a history of closing its doors in the name of a cause. In September, it joined Ben & Jerry’s and Lush Cosmetics in closing in solidarity with the global climate strike, led by activist Greta Thunberg.

For brands that do opt to cease operations during the coronavirus crisis, it’s likely motivated by wanting to protect their employees, according to retail expert Bruce Winder. After all, behind every seemingly simple online transaction is a complex supply chain involving people finding, packing, shipping and delivering each order. While the customers buying items from home are safe, the workers getting their orders out remain vulnerable.

“Patagonia is signaling is that they’re taking it so seriously, they’re willing to lose revenue in the short run to protect people,” Winder said. “That’s a very consistent message with Patagonia, their past behavior and what their customers expect.”

But there’s a risk attached to taking yourself out of the market: It’s now impossible to bring in any new revenue, a decision that could potentially impact business down the line, including product development for some brands. As Winder said: “You’re fully turning off the tap of product flow.”