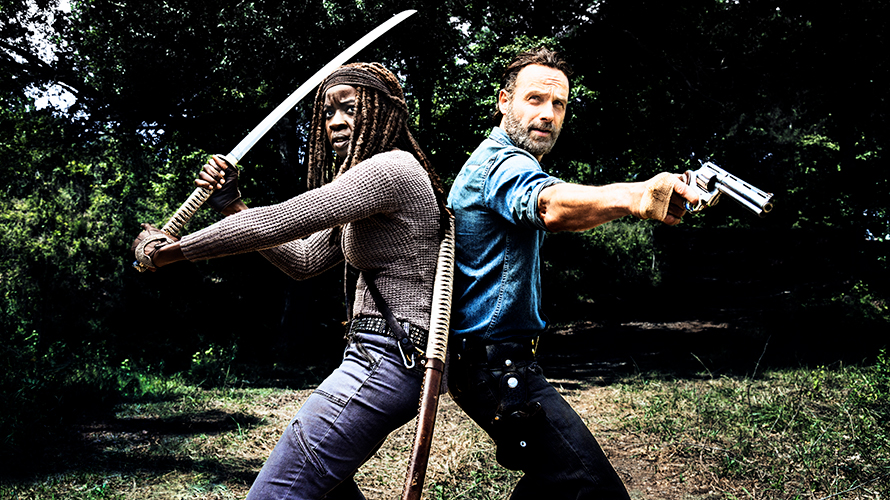 The six-second spots will begin airing in the second episode of The Walking Dead's eighth season. Alan Clarke/AMC

After making their linear debut in August, six-second ads will begin airing later this month for appears to be the first time on a regular series: The Walking Dead, which remains TV’s No. 1 show among 18- to 49-year-olds.

Beginning with Season 8’s second episode, airing on Oct. 29, AMC is creating a new, isolated slot for a single six-second ad precisely at 9 p.m.—just as DVRs will start recording the zombie drama—nestled between the end of the previous week’s repeat episode and the start of the new episode. The spots will appear in episodes two through eight, leading up to the show’s midseason hiatus.

AMC Networks has just begun talks with buyers about the new spots, and is open to a single brand snapping up all seven spots, or running an ad from a different brand each week, according to Scott Collins, president of ad sales for AMC Networks. The company will be seeking the show’s highest CPM (cost per thousand viewers reached) rates for those spots.

The six-second format has been gaining momentum, with brands and agencies expecting it to gain real traction in 2018. In June, Fox Networks Group became the first broadcaster to commit to the six-second ad format, announcing that it would be following YouTube’s lead in adopting the non-skippable spots. The company is billing the ads by viewable impression using Moat’s video quality score.

Fox rolled out its first six-second linear ad during the Teen Choice 2017 awards on Aug. 13, and has expanded the format this fall to Fox Sports telecasts, including NFL and Major League Baseball games on Fox, and FS1 telecasts of college football and Major League Soccer games. But this appears to be the first time that the new linear format will air during a TV series.

As the spots made their way to linear, advertisers have been asking AMC about availability, which prompted the company to create a slot for them in The Walking Dead. “It’s the most powerful and engaged six-second moment you can buy on TV,” said Collins. “It’s isolated, all on its own, at the top of the show. It’s DVR-proof—not even worth fast-forwarding—and there are no promos with it. It’s a powerful, isolated brand moment to reach highly-engaged, rabid fans.”

Last season, around 10 million viewers—in both the 18-49 and 25-54 demos—tuned-in to that specific moment each episode, in live-plus-3 ratings. AMC said that out delivered the show’s average episode rating, as well as that for all national NFL games during the regular season.

Because of the new spot’s isolation and high engagement, AMC is seeking The Walking Dead’s highest CPM rates for them. The network expects pricing to land somewhere between that of a standard 15-second and 30-second spot for the series.

In addition to its prime positioning, the 9 p.m. location was ideal because “we don’t have to re-edit anything and we don’t have to break from the action when the viewer is starting to get into the story,” said Collins. “We wanted to make this as seamless as possible.”

Given that the spots will begin airing in just three and a half weeks, Collins knows he will have a smaller-than-usual pool of potential advertisers. “Not everyone has six-second spots. A lot of brands feel they need more time to tell their brand’s story, and we appreciate that,” said Collins. But for those advertisers who already have six-second creative and are looking for key opportunities to deploy them, “we can’t think of a better moment in time for them to tap into.”

While AMC will only air a single six-second spot during the first half of the season, the network may add a second spot to each episode, which would also be isolated from other ads. Collins is only focused on Walking Dead right now, but said if there is sufficient demand, he may expand the offering to other AMC shows.

AMC has been finding new, innovative ways to monetize The Walking Dead heading into its Season 8 premiere on Oct. 22, which will also be the drama’s 100th episode.

Last month, AMC announced an extensive partnership with Mountain Dew, which spans the first half of The Walking Dead’s eighth season. The show’s most famous characters—Rick Grimes, Michonne and Daryl Dixon—will appear on more than 100 million Mountain Dew products, and the companies also created an augmented-reality app, which places zombie walkers in the real world. Consumers can unlock additional walkers by watching Mountain Dew commercials during each of the eight episodes in Season 8’s first half or by scanning the Mountain Dew-Walking Dead merchandise in retail locations.