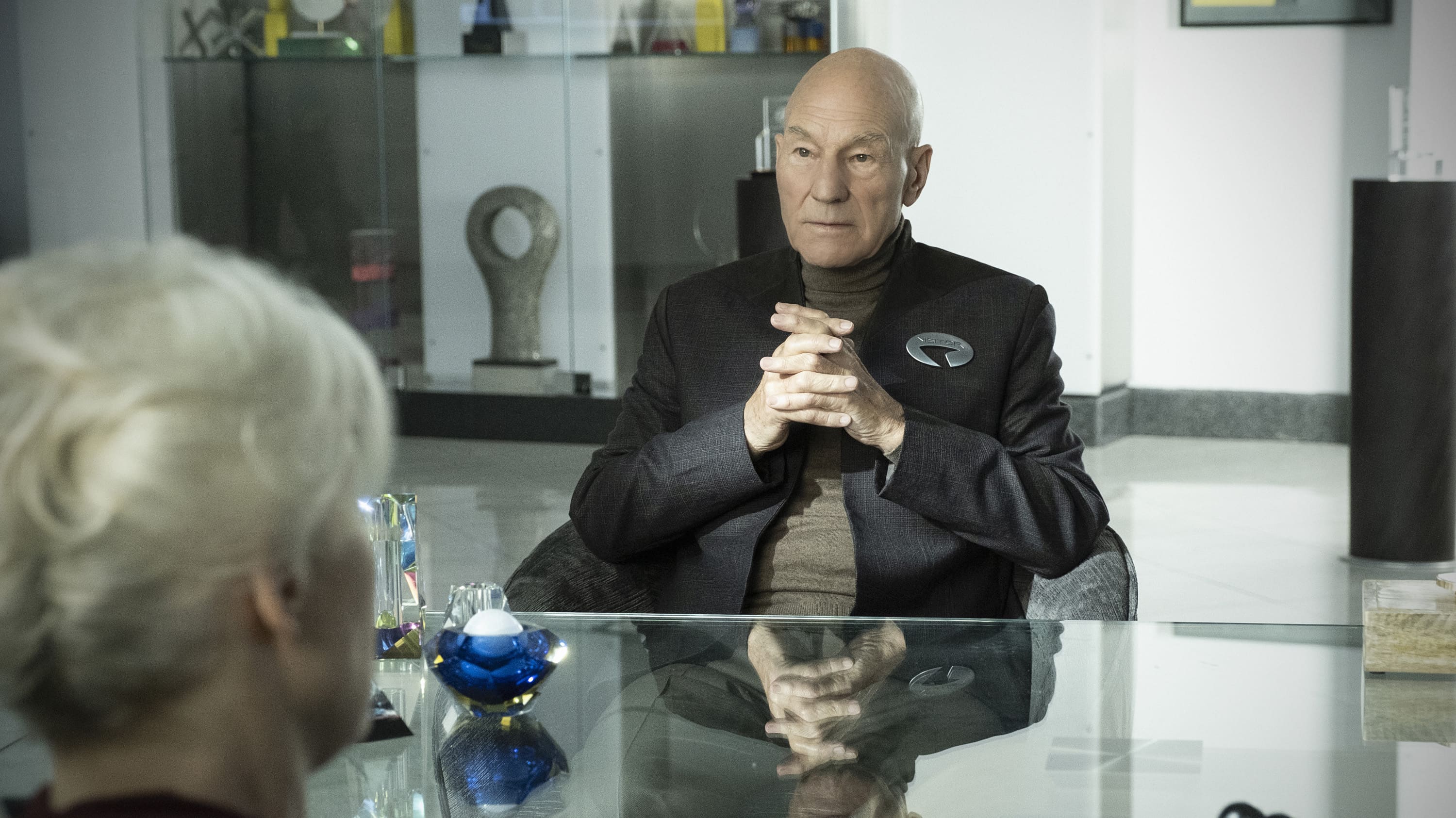 Star Trek: Picard, featuring Patrick Stewart's return to the franchise, will air on CBS All Access in early 2020. Trae Patton/CBS

When CBS All Access rolled out in October 2014, its only streaming competitors at the time were Netflix, Hulu and Amazon. Five years later, the streaming space has exploded and is about to get even more crowded.

But CBS’ subscription OTT service said it’s ready for the new competition and is increasing its original content slate to 12 shows in 2020 as it looks to not only keep its current subscribers but to rapidly grow that number in the coming years.

“We couldn’t be more excited about where we and the industry are headed,” said Marc DeBevoise, president and COO at CBS Interactive, today at the Television Critics Association’s summer press tour in L.A.

CBS All Access doesn’t “fear” the new streaming competition entering the space over the next year.

“We don’t think it’s zero-sum, … these changes will accelerate adoption overall,” said DeBevoise, who pointed out that the new streaming services will have to go through the same “learnings” that CBS did with All Access over the past several years.

DeBevoise said that 80% of households now have SVOD access, up from 60% three years ago, which SVOD subscribers having an average of 3.4 subscriptions.

The average household spends $35 per month on SVOD subscriptions, up from $15.60 a year ago, said DeBevoise. And given that households spend around $300 a month on entertainment, he sees more room for SVOD growth.

Currently, CBS All Access and Showtime’s OTT service have 8 million combined subscribers. CBS All Access has seen 60% subscriber growth year over year, and CBS Corp. projects they will have a combined 25 million subscribers—or triple the current number—by the end of 2022.

To achieve that goal, All Access is ramping up and expanding its original slate. It has several new Star Trek series on tap, including Star Trek: Picard, featuring Patrick Stewart’s return to the franchise, which will debut early next year. The animated Star Trek series Below Decks will also air next year.

There’s also a new event series based on Stephen King’s The Stand, which had previously been made into an ABC miniseries in 1994. King himself will write the final episode of the new series, which will take the story beyond his book’s conclusion.

Today, the streaming service ordered The Man Who Fell to Earth, a series based on the Walter Tevis novel and the 1976 movie starring David Bowie.

The service will now be expanding beyond scripted into more original content areas, including sports (it began airing World Series of Poker bracelet events this summer), documentaries (Console Wars, based on Blake. J. Harris’ book about the ’90s battle between Nintendo and Sega) and other nonfiction projects (it’s developing a show about celebrity medium Thomas John).

It has also landed past-season streaming rights to Nancy Drew that will debut this fall on The CW, which DeBevoise said could evolve into a “long-term partnership” with all CBS TV-produced shows that air on The CW going forward. Starting this fall, all new Warner Bros.-produced shows for The CW will eventually be able to stream on HBO Max.

The Good Fight’s first season is airing on CBS this summer, which DeBevoise called “a unique and one-off opportunity,” given that the show had spun off from a CBS series. But overall, “we do want our original programming to remain exclusive to the service,” he said.