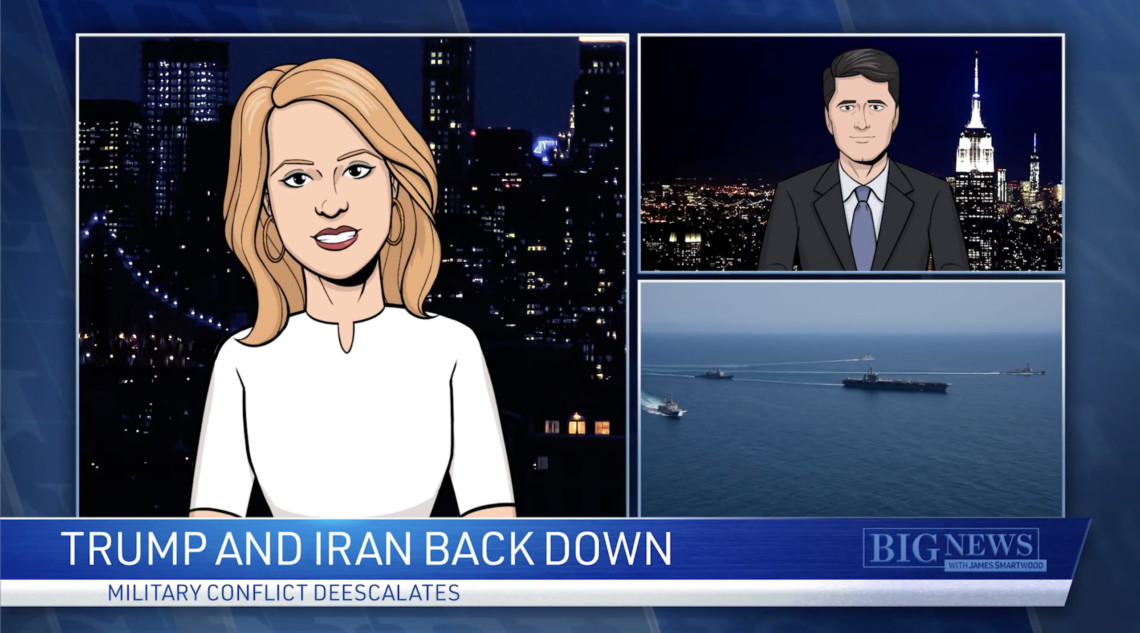 Tooning Out the News will feature 5-7 minute daily clips leading to a full episode at the end of each week. CBS All Access

With even more major streaming services entering the space this year, CBS All Access is making some big moves to continue its subscriber growth, picking up an animated daily news satire from Stephen Colbert and renewing Star Trek: Picard even before it premieres.

The streaming service has ordered Tooning Out the News, an animated variety series executive produced by Colbert that will feature animated characters mocking that day’s news and interviewing real-world guests.

Tooning Out the News will comprise 5-7 minute daily clips leading to a full episode at the end of each week that will include additional material from that day’s events. Colbert will executive produce alongside his Late Show executive producer Chris Licht as well as RJ Fried and Tim Luecke, who also produce Colbert’s animated Showtime series, Our Cartoon President.

That pickup, along with other moves announced today (see below), comes as CBS All Access tries to maintain its subscriber growth even as HBO Max and Peacock prepare to join the overcrowded streaming space.

CBS All Access and Showtime’s OTT offerings now have a combined 10 million subscribers, said Marc DeBevoise, chief digital officer, ViacomCBS, and CEO and president, CBS Interactive, putting it well on its way to reaching the company’s target of 25 million combined subscribers by 2022.

Given that data, CBS All Access considers itself a “premium add-on service” with “plenty of room to grow,” DeBevoise said. New streaming services “have not and will not lead to negative impact on our growth.”

The streaming service has decreased subscriber churn each year since it launched in 2014, and that number is now in the single digits and comparable to other streaming and premium services, DeBevoise said.

Currently, All Access plans to debut a new original series each month, with a “tent-pole” show each quarter, including Star Trek: Picard, Star Trek: Discovery and The Twilight Zone.

Speaking of Picard, which brings Patrick Stewart to the Star Trek franchise, CBS All Access has renewed the drama, which is expected to be its biggest original series yet, for Season 2, ahead of its Jan. 23 premiere.

There’s no news yet on how CBS All Access will benefit from December’s CBS-Viacom merger, but the combined company has “a much larger content portfolio to play with,” DeBevoise said.

Here’s a roundup of CBS All Access’ other big news today: