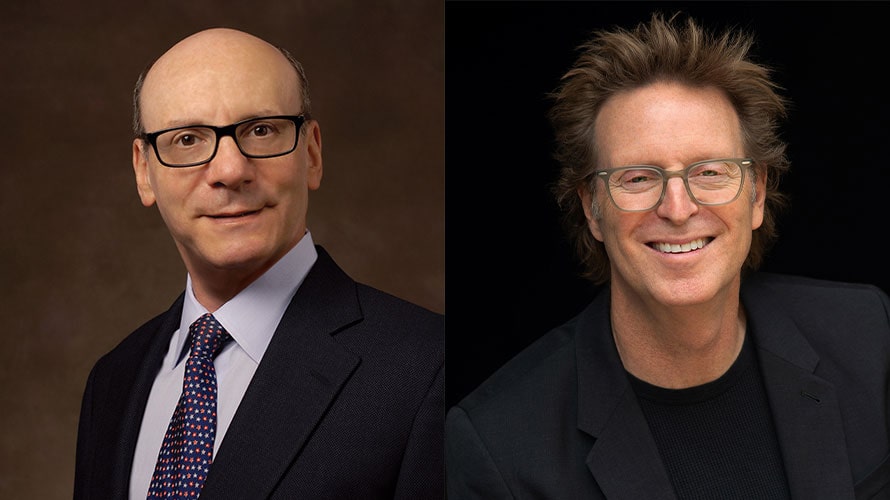 After overseeing the marketing campaigns for every notable CBS finale over the past 25 years, George Schweitzer is now crafting his own farewell.

The CBS marketing director has been named chairman, CBS Marketing, and will leave after the 2019-20 broadcast season, transitioning to a special advisor role.

He’ll pass the baton to Amazon Studios head of marketing Mike Benson, who will join CBS next month as president and CMO. Benson—one of Adweek’s Brand Genius honorees this year—will become CBS’ top marketer when Schweitzer departs next spring and is expected to continue overseeing CBS’ marketing efforts when the Viacom-CBS merger closes.

Both men will report to David Nevins, chief creative officer for CBS.

“George Schweitzer is a marketing legend whose leadership and showmanship have defined both excellence and innovation,” wrote Nevins in a statement. “His resume of accomplishment spans every division and daypart of CBS, with boundless admiration and respect for his work coming from every corner of the company. From Super Bowls and 60 Minutes, to long-running prime-time hits and late-night franchises, he and his team have played a huge role in making CBS one of America’s leading brands.”

Schweitzer has headed up CBS marketing since 1994 (he was named president of the CBS Marketing Group in 2004), overseeing campaigns for CBS shows like Survivor, The Big Bang Theory, Two and a Half Men, Everybody Loves Raymond and the CSI and NCIS franchises. He has also handled marketing for CBS Sports programs NFL on CBS and several Super Bowls, late-night shows from David Letterman and Stephen Colbert and news programs like 60 Minutes.

He first joined the company in 1972 and served various communication roles. (He also was a  producer on Captain Kangaroo.) Schweitzer left for Young & Rubicam in 1987—working on the agency’s advertising, marketing and public relations—but returned to CBS a year later.

Said Nevins of Benson, “I’m extremely grateful that when George decided it was time to set a transition, he committed himself to ensuring a bright future for CBS Marketing, and we think we’ve found the next perfect leader with Mike, whose breadth of experience matches all parts of our content business. Mike has been an accomplished, award-winning marketing leader at several major media companies, driving marketing for Amazon Studios and Prime Video through this period of growth for their original content strategy, and orchestrating cutting-edge campaigns for many of ABC’s network-defining series. At every turn, Mike’s work has been recognized for creativity and an entrepreneurial spirit that makes shows and brands stand above the crowd.”

As Amazon Studios’ head of marketing since 2015, Benson oversaw marketing for Amazon shows like The Marvelous Mrs. Maisel, Tom Clancy’s Jack Ryan, The Man in the High Castle and Homecoming.

Last month, Adweek announced that Benson is among this year’s Brand Genius winners for his work at Amazon. He will be honored at Adweek’s Brand Genius gala Nov. 4 at Brandweek in Palm Springs, Calif.

Before working at Amazon, Benson was chief creative officer for the Time Warner Global Media Group and previously served as evp, marketing for the ABC Entertainment Group.