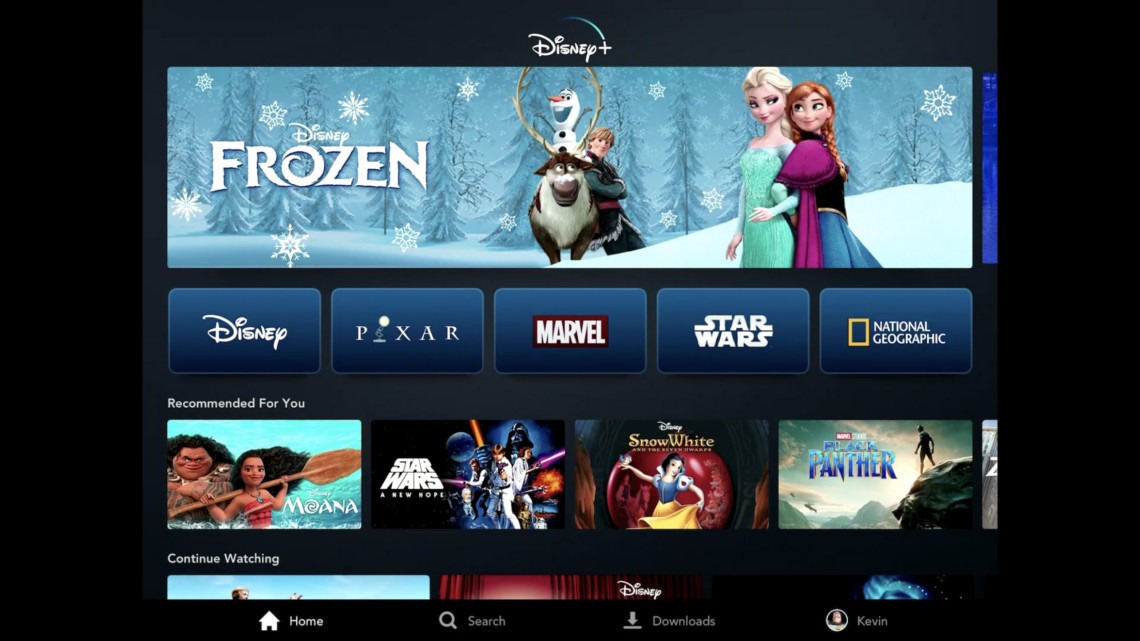 Disney has been short on specifics about its new streaming service, Disney+,  since announcing it last year. That changed today, when Disney executives finally unveiled details—including a launch date and pricing— about its streaming rival to Netflix during its Disney’s Investor Day in L.A.

Disney+ will be subscription based and ad free, said Kevin Mayer, chairman of direct-to-consumer and international. It will “likely” be bundled for a discounted price with the company’s other streaming services—ESPN+ and Hulu, which Disney now has a controlling stake in.

Thrilled to share a first look at Disney+ with you! pic.twitter.com/iiqjFjaNra

“We feel very confident in the success of Disney+,” Mayer said. The company positioned the new offering as the go-to destination for younger audiences. In all, in the first year, the service will offer about 7,500 past episodes, more than 25 original series and more than 10 movies and specials, more than 100 recent movie titles and more than 400 library movie titles.

Iger has said the company was committed to offering separate streaming services, each targeted to a different demographic: Disney+ for children and family programming, ESPN+ for live sports and commentary and Hulu for programming aimed at adults. Iger has also said Disney+ would be cheaper than Netflix (which starts at $7.99 per month).

Those figures are a “direct result” of “us being all in from the beginning,” Iger said. “We are really committed to this.”

While ESPN+ and Hulu feature limited ads, Disney+ will be ad free. “For these brands, at this time, no ads are the right call,” Mayer said.

Upcoming Disney theatrical films like Toy Story 4 and Avengers: Endgame will eventually be available on the platform, around nine months after debuting in theaters. When Disney+ launches, movies like Captain Marvel and Iron Man will be available. By the summer of 2020, Frozen II will be available to stream, as will an original documentary about the making of the movie, exclusive to the platform.

The platform will include Disney classics like Snow White, 101 Dalmatians and Bambi, which will be streamable, and newer movies like Moana and Zootopia. The full Pixar movie library and shorts will be on the platform, as will more than 100 original Disney Channel movies and 6,000 episodes of Disney Channel series. Family movies inherited from 20th Century Fox, including The Sound of Music, will also be available.

Content will also be able to be downloaded and watched offline for all Disney+ subscribers.

The platform is extremely visual and seemingly easy to use with tiles featuring each of Disney’s chief brands: Disney, Pixar, Marvel, Star Wars and National Geographic. Users can navigate to any of them or sort content by their own lists, original programming or movies.

Beyond the Star Wars original content and an animated series fropm the Monster’s Inc. world, called Monsters At Work, Disney also said new programming would include a documentary series (tentatively titled Marvel’s 616) that will explore Marvel characters, a show called Be Our Chef and a cooking competition hosted by Angela Kinsey (of The Office fame) that will feature families battling over a dish that will be served at Walt Disney World.

Several shows will be centered around characters from the Marvel Cinematic Universe, including Loki (starring Tom Hiddleston), The Falcon and The Winter Solider (starring Anthony Mackie and Sebastian Stan) and WandaVision (starring Elisabeth Olsen and Paul Bettany).

Other nonfiction shows include a docuseries that looks at movie props and costumes used throughout the film industry and Encore!, a show hosted by Kristen Bell that brings together former classmates of a high school musical to recreate their performances.

Disney+’s original programming will include a live action Lady and the Tramp movie (available at launch featuring the voices of Justin Theroux and Tessa Thompson), a movie called Noelle starring Anna Kendrick, a revival of the High School Musical series, a new Phineas and Ferb original movie, 30 seasons of The Simpsons, the first-ever live-action Star Wars series (called The Mandalorian), and a series called The World According to Jeff Goldblum, which had originally been set to air on National Geographic.

Unlike the recent Apple TV+ rollout, Disney actually showed extensive clips of its upcoming programming will be on the platform (to investors in the room, at least; legal issues prevented them from being show to those who livestreamed the presentation).