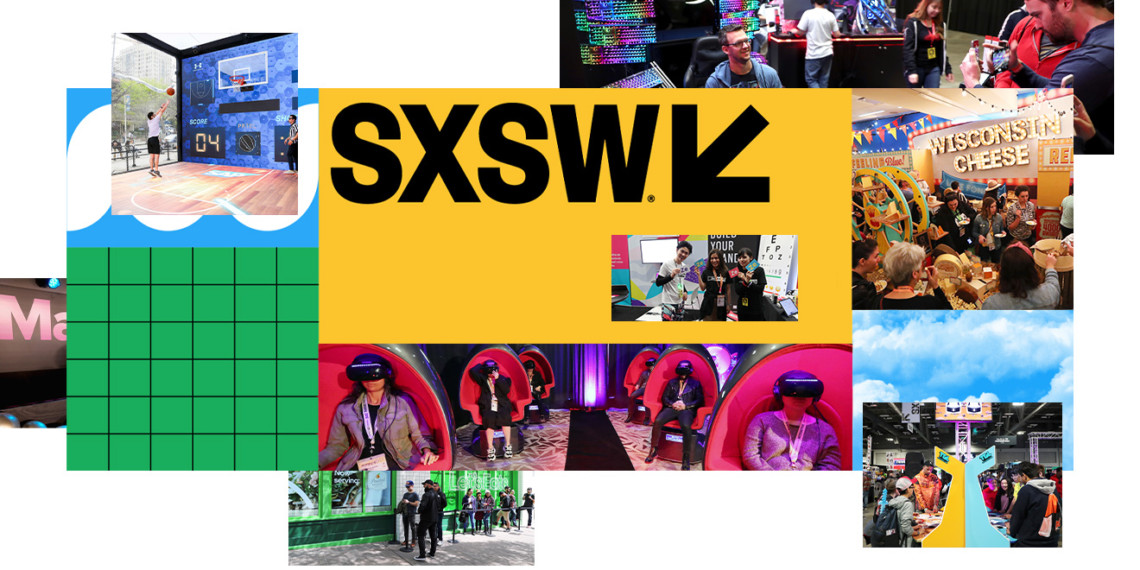 Entertainment brands that have long used SXSW as a launching pad for major shows, films and media projects are scrambling. Getty Images, SXSW

Alex Amancio began to fear something would go wrong two weeks before South by Southwest was supposed to begin.

Amancio, the CEO and co-founder of the multimedia studio Reflector Entertainment, had for a year been planning a big debut at the media, music and film festival in Austin, Texas. The plan was to unveil Reflector’s first Storyworld, a fictional universe to be explored and expanded via comic books, novels, podcasts, television and other mediums. To introduce guests to the universe, Reflector had sponsored and hired a DJ for SXSW’s interactive opening party. Tickets would include a map to a sprawling activation across the street from the festival’s convention center—a parking lot turned excavation site aimed at transporting would-be attendees to ‘The Incident,” where workers building a subway tunnel in Austin stumbled upon something mysterious and paranormal. The activation—complete with a custom-built subway car, military trucks and hundreds of prop artifacts in various stages of excavation—would be tied to the debut of a podcast, novel and comic book that take place in the same universe as The Incident, a story world the company was calling The Unknown 9. 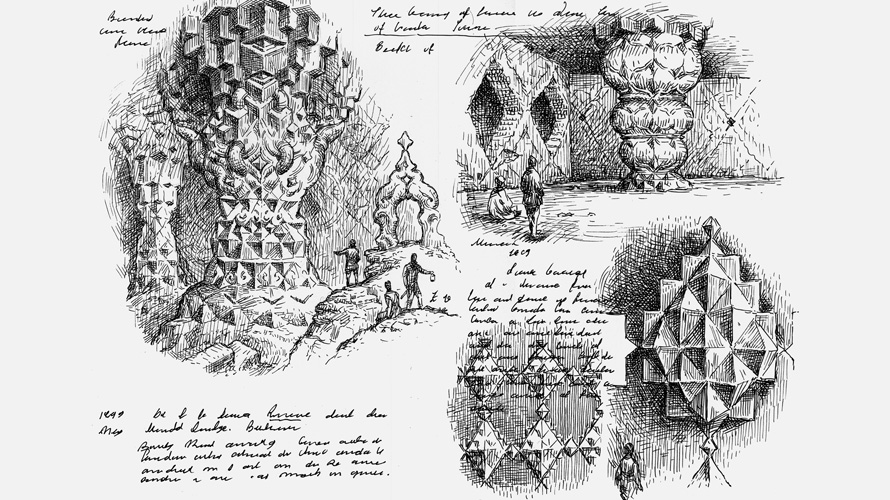 Reflector planned to display this sketch for display at the activation. Similar artistic elements would have weaved throughout the event.
Alvaro Tapia

But with the spread of the coronavirus around the U.S. and the world, Amancio also had to consider the possibility that the show might not go on.

“I just had a bad feeling about it,” Amancio said. “I met with the team, and I said, ‘Look. What happens if we have to react?'”

The Incident, as it turns out, wouldn’t happen in Austin after all. After SXSW officially canceled the event on Friday, March 6, the team worked into the wee hours trying to hammer out the details of their contingency plan, which ultimately emerged this week: Reflector is pausing The Incident and other elements of its story universe until the fall.

“We wrote down a broad contingency plan, but as you know, the devil is in the details with this kind of stuff,” Amancio said. “So when it did hit, there was a lot of scrambling, and for the next 72 hours, we had to figure out what was next.” 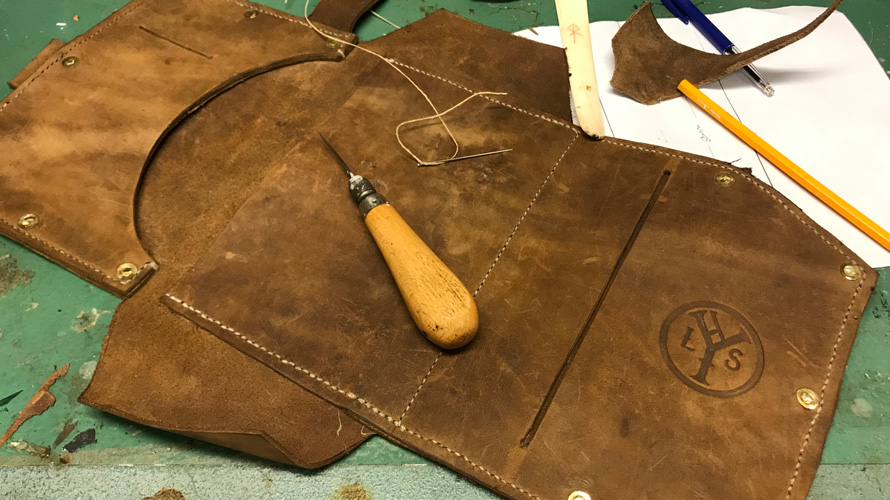 Artifacts like these would have appeared at Reflector's activation The Incident.
Reflector Entertainment

Reflector Entertainment wasn’t the only company left scrambling in the wake of SXSW’s cancellation. Entertainment brands that have long used the festival as a launching pad for major shows, films and media projects are now scrambling to shore up new strategies. The emerging plan, according to some of them: swallow the losses, salvage and recycle what they can and try to figure out when they can gain back  impressions they were counting on.

One executive whose network had planned an activation and a premiere said the company was “holding out hope” until days before the festival was canceled outright, when company leaders determined sending employees would be too great a risk and dropped out. 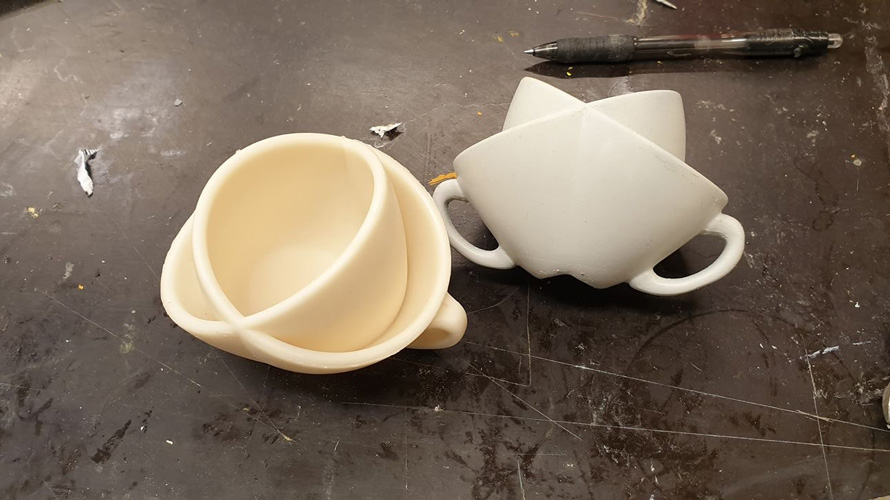 These conjoined coffee mugs also would have been part of The Incident.
Reflector Entertainment

“In the scheme of things, 80-90% of our investment is sunk,” the person said. “The teams are disappointed and there’s a little bit of a scramble, but our disappointment was slightly lessened when the whole thing was canceled. At that point, there’s really no choice.”’


Leading into last week, 2020 was shaping up to be a big one for entertainment companies like Apple, Netflix, Freeform, Hulu, NBCUniversal, Starz and WarnerMedia, all of which had SXSW panels, activations or premieres planned. Quibi, the forthcoming service from Jeffrey Katzenberg and Meg Whitman, planned to showcase its content just weeks prior to its April 6 debut, making the festival a seemingly crucial stop in its ongoing press efforts.


Then it all came crashing down. Big names like Amazon Prime Video started to back out, citing concerns about the spread of the virus and their need to be cautious. Other brands, including Quibi, stayed firm about their plans to be at the festival until the moment it was canceled. Reflector’s choice to stay in was one Amancio said the team made out of necessity—and out of faith that SXSW organizers would do the right thing.

“We were so far in the middle of doing everything that pulling the plug would have been permanent even if the festival did go on,” Amancio said. “A lot of these larger companies like Netflix or Disney or HBO—it might be easier for them to just decide to back out, but we’re a small company that’s just starting out. The last thing we wanted to do was put anyone in danger, so at least we didn’t go there and start and have it become a catastrophic thing.” 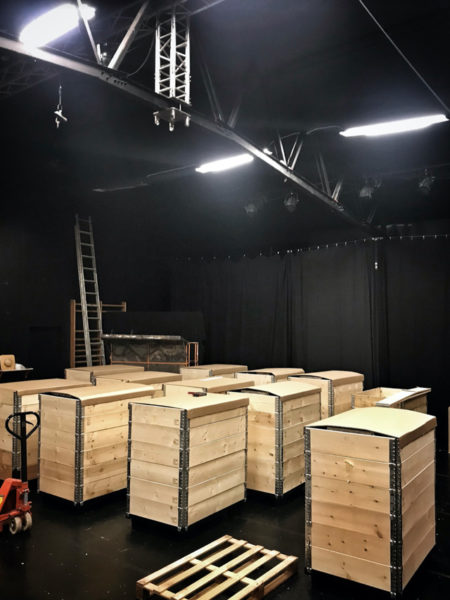 Props for The Incident were shipped to Austin but were never unpacked.
Reflector Entertainment

“The first thing Chris found out when he landed in Austin and turned on his phone was that SXSW was canceled, and he was actually the one who told me,” Amancio said. “ … Luckily, most of the crates hadn’t been unpacked.”

The next 72 hours were a blur as Amancio and others scrambled to figure out what to do. “It was a logistical nightmare—who needs what when?” Amancio said. “We had to be making sure people are taken care of and making sure they are not stranded in Austin. That human element was our first priority.”

Those whose companies backed out prior to the official cancellation say they still worked until the moment their company made the decision to pull out. “You can’t lose any time when you’re planning for an event like South by,” one network executive said.

Companies look for ‘the silver lining’


The costs for SXSW are considerable. Even just a screener requires flying employees out to supervise or hiring a tech team capable of getting the program to screen properly. Panels mean sending talent and executives, which means paying for flights, hotels and other travel expenses. The biggest costs, though, often are the activations themselves.

“Doing a whole build-out is not just setting something up,” the network executive said. “It’s staffing it; it’s having brand ambassadors; it’s manning the place around the clock. It’s also permitting space, which is usually done through the city, and providing food and beverage services, paying servers. These were all things that we were thinking about.”

Reflector is still determining the financial fallout, and it will be some time before the extent of the damage is known.

“We’re still trying to figure out what we can cancel, what we can get back, what we can leverage,” Amancio said. “It’s almost impossible at this stage given the tornado that’s still going on.”

There is some good news: Companies are hoping to recycle costly activations and save them for later events. Reflector designed its Incident activation to be collapsible and packable, so the subway cars and props will be dismantled, shipped and saved for another day sometime in the fall.

“The silver lining is that we can do this somewhere else,” Amancio said. “It was already designed to be moved and reproduced elsewhere, and we will do it. It’s too much of an innovative and cool stunt to let it fade out without having people see it.”

What will be harder to replicate is the press and buzz SXSW generates for entertainment properties. The companies Adweek spoke with that have set-in-stone premiere dates say they will ramp up ad spend on digital to try to get back some of those lost impressions.

“We will deploy a full media campaign with all of the beats you’re used to having,” the network executive said. “We want to make sure we compensate for all the engagement and media and attention that we were hoping for. Whether that is a new creative idea, deploying the experience in a different location or more paid media dollars, we want to make that investment up. We can’t afford to lose those impressions.”

There are efforts to figure out alternate press opportunities. Some films slated to debut during the festival are offering digital screeners and phone interviews. Others are moving premieres to other cities. SXSW Film, the film portion of the festival, has set up an online screening library to get accredited press and others access to the films they would have seen if the festival went on as planned.

Reflector has decided to delay the release of its podcast, comic book and official property launch. The tentative plan is to debut it sometime in the fall, depending on how the ongoing coronavirus crisis pans out. The company is hoping to pair the debut with more announcements, product launches and possibly an event stunt to help give the debut more momentum. At that point, the company will unleash a full digital push, including paid social and press.

The company’s Unknown 9 novel, Genesis, became available on March 13 as originally planned—it was too late to press pause on that.

In the midst of it all, companies are trying to remain optimistic.

“If anything, this is a reminder that innovation is borne out of necessity,” Amancio said. “People have to circumvent certain issues, and then you come up with something novel. Always remember that not being able to do something is also what forces you to do something that nobody would have ever done.”