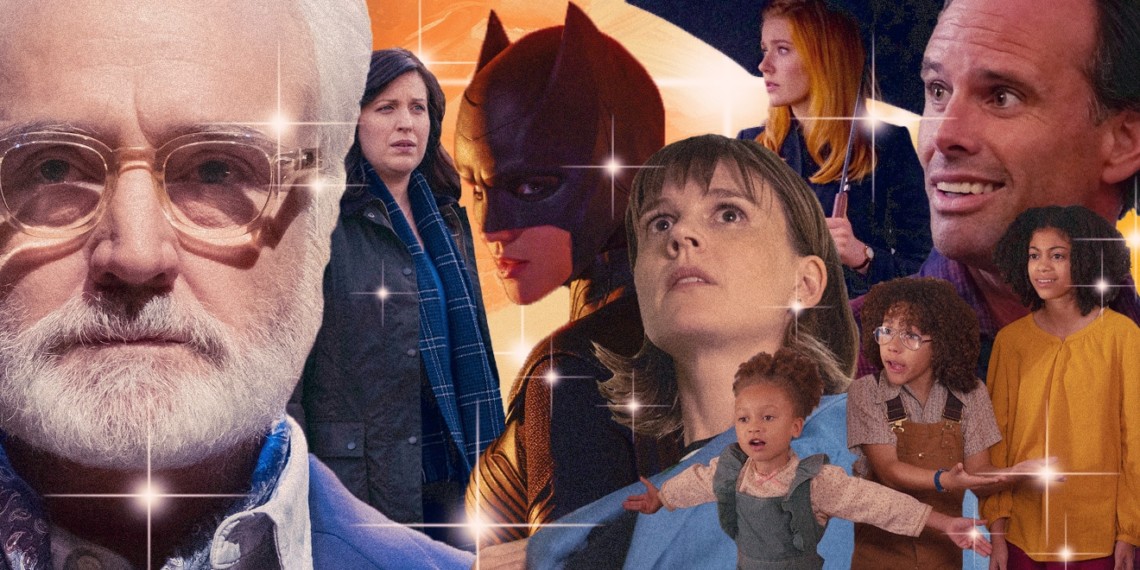 Just a couple years ago, the arrival of a new TV season was a cause for celebration: the opportunity to not only welcome back your favorite programs, but hopefully find several new ones to fall in love with among the freshman crop of shows hitting broadcast television.

That has changed dramatically in the Peak TV era, where almost on a daily basis there is an abundance of new offerings, from streaming services and other outlets (with even more to come, as Disney+, Apple TV+, HBO Max and Peacock prepare their respective rollouts). That means the bar is the highest it’s ever been for the 17 new broadcast entertainment series set to roll out over the next few weeks.

Adweek has done the heavy lifting for you, pulling together fall’s seven most promising new broadcast shows—the ones actually worth your attention. (Note that these aren’t necessarily the shows most likely to be the biggest hits, though the networks do have high hopes for many of the series on this list.)

Here are the fall broadcast TV shows you should keep your eye on, in order of debut:

The plot: In this Black-ish prequel, Rainbow Johnson (Tracee Ellis Ross, who narrates) looks back on growing up as part of a mixed-race family in 1985, when she was 12, and the upheaval she faced after moving from a hippie commune to the suburbs.

Why it could work: The cast is terrific, especially the three Johnson siblings (Arica Himmel as 12-year-old Bow, alongside Mykal-Michelle Harris, Ethan William Childress), who shine as each of them processes their first exposure to pop culture. The soundtrack is packed with memorable ’80s tunes (including “Everybody Wants to Rule the World” and “Time After Time”), and the storyline is surprisingly relevant at a time where people who look “different” once again find themselves as political targets. Like Freeform’s Grown-ish, it’s a solid addition to the Black-ish universe.

Potential stumbling blocks: Recent TV prequels have been a mixed bag—Better Call Saul and Young Sheldon have been hits, but efforts like Taken and The Carrie Diaries sputtered. And given that ABC already has the ‘80s-themed family comedy terrain locked down with The Goldbergs, its viewers might not be open to a companion series.

The plot: After a police chief (Alison Tolman) takes in a young girl who shows up near the site of a strange accident, with no memory of what happened or who she is, mysterious things begin to occur.

Why it could work: The magnificent Tolman—who also played a TV cop in Fargo—does a lot of the heavy lifting in the pilot. Her performance grounds the show and sets it apart from ABC’s long line of conspiracy-themed dramas of the past decade (see below).

Potential stumbling blocks: Lost aside, ABC has an abysmal track record when it comes to launching shows with grandiose conspiracy elements that quickly implode creatively. (Remember Zero Hour, The Whispers and FlashForward? The network certainly hopes you don’t.) With that in mind, the show’s creators promised at the Television Critics Association’s summer press tour that they’ll begin answering key questions soon after the pilot—but audiences who have been burned too many times before might stay away.

The plot: A former Princeton music professor (Bradley Whitford) who has hit rock bottom following his wife’s death bounces back by leading a small-town church choir of misfits.

Why it could work: The pilot racks up a solid number of laughs, while the great ensemble cast—including Anna Camp, Tymberlee Hill and Geno Segers—should prove a fruitful source of comedy as the season progresses. It seems a worthy addition to NBC’s Thursday night comedy lineup, alongside The Good Place and Superstore.

Potential stumbling blocks: NBC says Perfect Harmony will be more of a workplace comedy than one focused on a choir competition, which is a key storyline in the pilot, and the network will have to emphasize that distinction to help distinguish the show from Glee (the pilot makes a Glee joke) and Pitch Perfect (which also starred Camp).

The plot: A widower (Walton Goggins) decides to start dating again, only to discover—as his friends point out—that he’s a “unicorn” to women looking for love: He is attractive, has a job and has shown he can be in a long-term relationship.

Why it could work: The Unicorn boasts the best comedy cast of the fall, starting with Goggins, who is better known for dramatic roles like Justified but is marvelous here, as he grapples with a new world he knows very little about. As his married friends, Rob Corddry and Michaela Watkins are already well on their way to becoming the season’s biggest scene-stealers.

Potential stumbling blocks: This is a single-camera comedy, and the CBS audience traditionally gravitates to multi-cams (though with The Big Bang Theory’s conclusion, its most-watched comedy is Young Sheldon, which is a single-cam). Also, its title—which seems better suited to a kids or fantasy show—could be a tough sell for some viewers.

Why it could work: The pilot is filled with creepy moments—including an unsettling creature that Herbers keeps encountering in the middle of night—and creators Robert and Michelle King have devised an intriguing spin on The X-Files’ skeptic/believer dynamic. As a rival psychologist who may very well be evil incarnate, Michael Emerson is a welcome presence. It’s unlike any other drama on CBS…

Potential stumbling blocks: …which could be off-putting to an audience that prefers straight procedurals like NCIS, Blue Bloods and FBI. Also, subsequent episodes aren’t quite as terrifying as the pilot (not all the storylines are about demonic possession), which could make audiences drawn in by CBS’ successful marketing campaign feel short-changed. As it tries to emulate The X-Files as its best, Evil will also have to avoid that show’s missteps, most notably how it was ultimately strangled by its increasingly complex mythology.

Batwoman
Premieres Oct. 6, airing Sundays at 8 p.m. on The CW

The plot: Kate Kane (Ruby Rose) returns to Gotham, which is reeling after the disappearance of Batman three years earlier. (Coincidentally, her cousin Bruce Wayne is also MIA.) While trying to find herself and her place in the world, she decides to step in and become the masked vigilante that the city still needs.

Why it could work: Batwoman is a crackling pilot, and Rose—who graced Adweek’s cover this summer—proves as adept at pulling off the role’s emotional challenges as its physical ones. And once the series is up and running, it should be able to mine Batman’s universe to incorporate dozens of memorable characters and story arcs.

Potential stumbling blocks: Superhero fatigue: Batwoman will be The CW’s sixth superhero-themed show, and while it feels different than the other series, at some point audiences will decide enough is enough. Those viewers who do watch might be confused by the show’s timeline: The pilot is set several months before Batwoman’s introduction to the CW audience as part of last year’s annual superhero crossover.

The plot: A year after high school (and the death of her mother) Nancy Drew (Kennedy McMann) is working at the local Horseshoe Bay, Maine diner when she teams up with her friends (and frenemies) to investigate the murder of a socialite, which also seems to be connected to a local girl’s mysterious death.

Why it could work: After previous iterations of the famous detective failed to score series pickups in recent years, The CW has settled on a captivating hook to give a modern spin on what has become a musty book series: turning it into a supernatural version of Riverdale, which not-so-coincidentally is its lead-in. The actors are compelling, and the pilot layers in just the right amount of spookiness.

Potential stumbling blocks: The premiere proves successful at juggling the soap and supernatural elements, but that will be tricky to maintain each week. Also, for the past three years, because of its deal with Netflix, The CW has been able to count on a “Netflix bump” for its shows, which migrated to the streaming service eight days after their season finale aired—an arrangement that gave shows like Riverdale a big audience boost. But going forward, The CW’s new shows won’t be Netflix-bound (Nancy Drew, for example, will eventually stream on CBS All Access), which means the network will have to work even harder to convince viewers to give it a try.