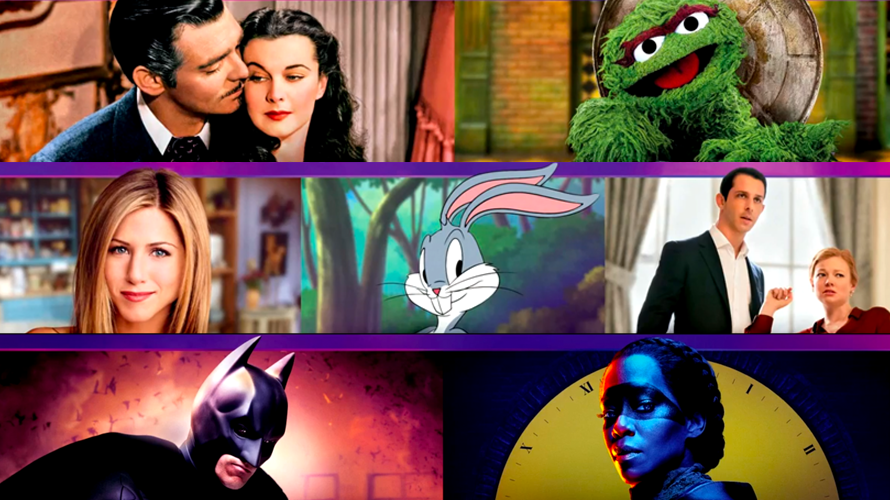 Earlier this year, WarnerMedia Entertainment was planning an extensive three-month marketing blitz for its upcoming streaming service, HBO Max. The new platform would get heavy billing during tent-pole spring sports events like the NCAA Tournament, March Madness and the start of the Major League Baseball season ahead of its May 27 debut, plus a glitzy Met Gala sponsorship, a major presence at the TCM Classic Film Festival and experiential activations and retail tie-ins galore.

Of course, a lot has changed in the past two months thanks to Covid-19. Amid the ongoing pandemic, major sporting events are canceled, as are most in-person gatherings. Retail stores are closed and major galas and festivals have been canceled or postponed. HBO Max, however, is still going forward as planned, announcing its premiere date on Tuesday, but the upcoming service’s marketing plans have undergone a major makeover to match the “new normal.”

“It’s kind of a crazy time to be launching any product given the anxiety and the economic uncertainty that we’ve all been experiencing over the last months,” said Chris Spadaccini, the chief marketing officer of WarnerMedia Entertainment. “I don’t know if any marketer would choose to launch a new product in this environment, but people are streaming more content than ever and looking for an escape from reality. So in some ways, the timing and current climate could actually work to our advantage.”

Retesting creative to be pandemic-proof


Luckily for Spadaccini and his team, rejiggering HBO Max’s marketing plan didn’t mean tossing out its existing creative. Messaging rolling out in earnest this week is centered on educating consumers about what HBO Max offers and how it differs from the HBO brand, an approach that had been in the works for months. This week, the company began distributing trailers promoting the service that show off iconic scenes and characters from across the HBO Max catalog.

“We don’t need to beat our chest about quality, because you see it right there on the screen, but what we do need to do is explain that HBO Max is more than HBO, not more of HBO,” Spadaccini said. “That’s why our messaging strategy needs to be simple, and it needs to be expository, and we landed on ‘where HBO meets so much more.’”

The messaging is aimed at highlighting the expansive nature of the service while leaning into nostalgia. The brand’s tone, Spadaccini explained, aims to read as warmer and more approachable than HBO’s. It’s a balancing act that requires showing the connective tissue with the HBO brand without making HBO Max seem too similar to HBO itself.

“HBO Max is designed to be expansive, and it’s going to offer new content for different members of the family who have different tastes, but it is still evoking that premium quality that HBO represents,” Spadaccini said.

The company scrapped early messaging that highlighted WarnerMedia linear brands like TNT and TBS, which Spadaccini said, “furthered confusion” about what HBO Max was. Instead, the marketing team homed in on highlighting the best of the service’s library, testing titles with consumers to see which ones drove the highest levels of interest and intent.

Certain shows, like Game of Thrones, Wonder Woman and Looney Tunes, were unsurprisingly popular, while others, including The Wizard of Oz and The Fresh Prince of Bel-Air, performed better than expected with consumers. Characters and scenes from all of those shows are featured prominently in creative that chops scenes and characters together to show off the variety of programming. In video and static ads, the marketing campaign juxtaposes well-known characters with one another.

“It’s all about showing that HBO Max is a place for all your favorite shows and movies to start to intersect in fun and unexpected ways,” Spadaccini said.

One digital and out-of-home ad pits The Sopranos’ Tony Soprano against Friends’ Chandler Bing and The Big Bang Theory’s Sheldon Cooper—identified as Bada, Bing and Bang, respectively. The company developed 20 different executions of those juxtapositions that will be reflected in advertising to run during the next month.

Pressing pause before shifting more dollars to TV and digital

What did have to change for HBO Max amid the ongoing pandemic was the company’s marketing mix and timing. HBO Max teased its initial marketing campaign in February with a first-look trailer, but the company put a three-month marketing calendar on a temporary hold following the cancellation of the NCAA Tournament, much of which was scheduled to run on WarnerMedia networks TNT, TBS and truTV.

“We thought that it was prudent to take a beat,” Spadaccini said. “We made the decision to delay our campaign launch by a month, so what I would consider the prelaunch media and promotional slice is in a much more concentrated period but at the same level of investment.”

In the absence of major sporting events and sponsorship opportunities at the Met Gala and TCM Classic Film Festival, HBO Max’s marketing team has had to get creative. Experiential build-outs and retail promotions will have to wait, but Spadaccini expects to be able to leverage those ideas after launch. 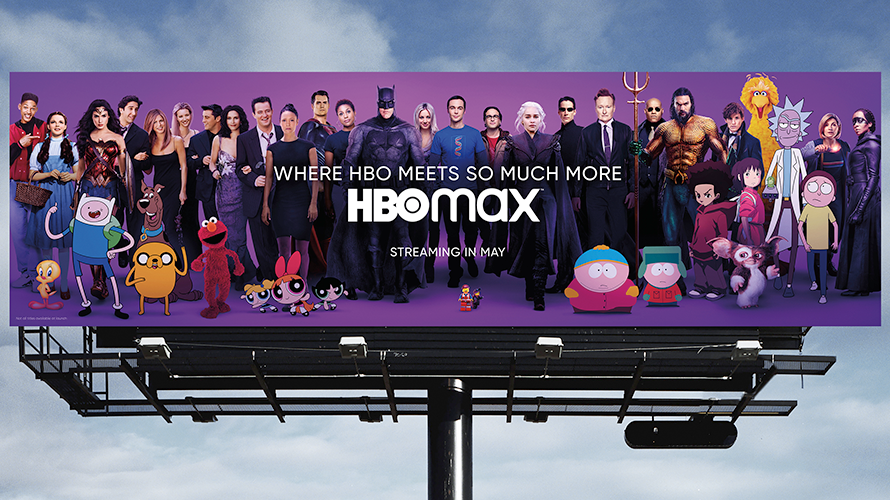 HBO Max scaled back its out-of-home efforts and ramped up digital spend, which will feature some of the same creative.
HBO

The team scaled back some outdoor advertising it had planned for New York and L.A., although some of those commitments were already locked in. Max will highlight those out-of-home ads on social media to amplify reach.

“Ironically, we might get more eyeballs on our outdoor from pictures we post on our social media than from real-world exposure,” Spadaccini said.

Creative developed for outdoor advertising will also be deployed across digital, to which HBO Max has shifted marketing dollars. The service has planned 40 high-impact digital takeovers during its initial launch week and will have a presence across social media, including on upcoming Snapchat show Will Smith At Home, which Max is sponsoring.

TCM Classic Film Festival is moving online, and HBO Max will remain an online sponsor; the marketing team is also upping influencer marketing spend to leverage its talent to promote the service. HBO Max is also increasing its television spend, both on linear and on time-shifted platforms. The service will run advertisements on major broadcast season finales like The Voice, American Idol and How To Get Away With Murder, along with ongoing series like Survivor and The Masked Singer.

“We had to recalibrate quite a bit,” Spadaccini said. “When those big sports and live events dried up, we have to find those eyeballs elsewhere. There’s just a big swing from in-real-life tactics to digital engagement, and we’re doubling down there.”

The company is also getting considerable help from parent company AT&T. The service will be available to tens of millions of AT&T customers on day one, AT&T announced this week, and HBO Max will also be available to many existing HBO subscribers at no additional cost. Spadaccini said a cross-platform push across the entire company portfolio will amplify messaging even further.

Marketing will shift to originals as production shifts back into gear

Covid-19 isn’t just upending the timing of HBO Max’s marketing campaign, but also its debut slate of originals. Some tent-pole projects, including an anticipated Friends cast reunion, have been sidelined amid continued production delays. While most of HBO Max’s marketing materials were not affected by those delays, expect to see more originals highlighted in future advertising as the HBO Max original lineup grows in scale.

“We’re clearly launching on the strength of HBO and the strength of the library, but over time, you’ll start to see the emphasis of our original content,” Spadaccini said.

Max isn’t the only new streamer being battered with the challenge of Covid-19 delays. Mobile-only streamer Quibi had to revamp its marketing campaign after shutdowns upended major promotions, and NBCUniversal streamer Peacock saw the 2020 Summer Olympics, its biggest marketing vehicle, get postponed in March.

“Is the campaign as broad in scope and diversified in tactics [as] it was?” Spadaccini said. “No, we had to scale back. But the good news is we’re in this for the long haul, and we’ll make it up in later summer or fall or whenever we come out on the other side of this.”