For the athletes involved, the two major sports events occurring over the next few weeks—Super Bowl LII and the 2018 Winter Olympics—represent the culmination of years of training, laser-focus and pushing oneself to the limit, all in pursuit of breaking records and coming out on top. The same goes for the NBC Sports ad sales team, which is overseeing inventory for both events (as well as Telemundo’s Spanish-language rights to the World Cup in June)—and has spent the past two years changing up its go-to-market approach in the hopes of scoring a record ad revenue windfall next month.

And thanks to a combination of new ad innovations, an aggressive strategy and some big swings, they are on track to do just that. NBC expects to collect “close to $500 million” in Super Bowl-related advertising revenue on Feb. 4, says Dan Lovinger, evp ad sales, NBC Sports Group, which will be a single-day record for a media company. That includes $350 million worth of in-game advertising, with 30-second spots averaging north of $5 million. Just four days later, the Winter Games will begin in Pyeongchang, South Korea, and NBC Sports is on track to surpass $900 million in total ad revenue for the 18-day competition, topping the mid-$800 million it raked in during the Sochi Games in 2014. Together, both February mega sporting events will bring a combined $1.4 billion in national ad sales; no wonder NBCUniversal is marketing the month as “The Best Feb Ever.”

But NBCU’s $1.4 billion bonanza wouldn’t have been possible without a two-year effort to integrate its sports programming with the rest of its portfolio, while enhancing the company’s overall offerings to marketers. Until now, “some clients thought of us as sports only, or they went to us individually for our sports opportunities,” says Linda Yaccarino, chairman of advertising sales and client partnerships, NBCUniversal. “But the power of the whole portfolio can do a lot of heavy lifting for a client.”

Particularly when that portfolio includes an in-house creative agency—NBCU’s Content Innovation Agency (CIA). On Feb. 4, it will unveil something never attempted by any of its network peers: the first-ever Super Bowl spot created and produced for an outside client (Monster Products, which makes headphones, speakers and cables). “It’s a new day for us,” says Yaccarino.

NBC Sports’ fresh approach has caught the attention of their biggest brand partners. Lovinger and Yaccarino are “constantly working to help maximize the value that you’re getting out of this, not just from a media buy standpoint, but even bigger: to look at the impact that a brand could receive,” says John Lisko, executive communications director, Saatchi & Saatchi, who oversaw Toyota’s Super Bowl and Olympics buys. “We’re working not just with their sales teams,” but also NBCU’s marketing and sports production teams, “to solve the problems that we have in the marketplace.”

The Super Bowl and Olympics cap a recalibration of the sports ad sales group that began in 2016 when Seth Winter, who headed the group for 11 years, talked to Yaccarino about stepping down. She tapped the 26-year vet Lovinger, who previously oversaw NBCU’s entertainment sales, to replace Winter that October. Lovinger, who kept the sports team fully intact, focused on “opening up the breadth of the portfolio to sports, and open up sports to the breadth of the portfolio,” he says. “The one thing we hadn’t done a ton of was creating those avenues of communication that would help advertisers take advantage.” 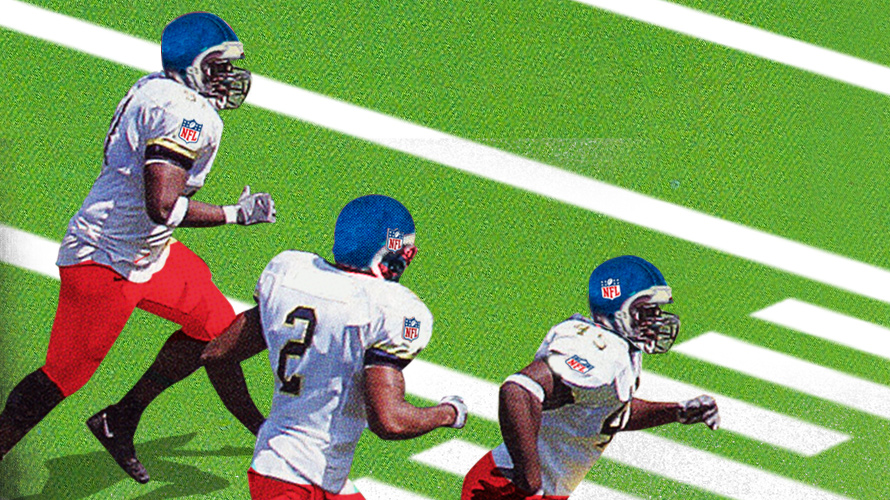 That included repositioning Sunday Night Football and Thursday Night Football, where demand had stagnated late in the 2016 NFL season. So ahead of the 2017 upfront, Lovinger worked on selling brands on “the value of the NFL,” combined with other NBC properties like This Is Us and Saturday Night Live. “Pretty soon you’ve got a very interesting proposal where you’re talking about fusing entertainment and sports together in a way that most people can’t, certainly at these ratings levels,” he says. That approach generated $100 million in upfront business with new NFL advertisers for the Sunday and Thursday games.

But an even bigger challenge for the team was avoiding a repeat of last year’s sluggish Super Bowl market, where Fox Sports’ inventory was “fairly wide open with 30 days to go,” Lovinger recalls. If NBC Sports had found itself in a similar situation this year, with the Olympics opening just days later, “we weren’t going to be in a good place,” he says. “So we wanted to be more aggressive early with our Super Bowl sales.”

In more than 100 meetings with advertisers early last year, Lovinger’s team shared the study’s results with brands. “We were able to talk to advertisers in a way that nobody’s ever talked to them about the Super Bowl,” he says. “And that got us 10 or 12 spots earlier than we would have normally seen that interest.”

Sunday’s game includes a big coming-out moment for the company, as it prepares to broadcast the Super Bowl ad that the in-house CIA created for Monster Products. The spot—which will air during the first national break in the game’s fourth quarter—features rapper Iggy Azalea and follows the real-life story of the company’s founder and CEO, Noel Lee (see sidebar).

Because of CIA’s experience creating more than 300 spots each year for brands like Amazon, Jeep and Disney, “we were very easily able to take Monster from zero to 60,” says Steven Rummer, svp of marketing and creative for CIA, of their work with the firm. “They’ve never created a spot before or had a national ad campaign. Now, within a month and a half, they’re [one] of the biggest players—and on the biggest stage—in the ad world.”

It would have been “impossible” for Monster to make the ad without NBCU’s help, said the company’s COO, Fred Khalilian. “Noel’s mind is very enhanced—from another planet—and we would have created something crazy, and the NFL would definitely not have aired it.” But NBCU’s “creative mind is out of this world. I can’t wait for the world to see our commercial.” Agrees Lee, who says he had a “fabulous” experience with NBCU and CIA on the spot, “I hope it ranks among the best of all Super Bowl commercials.”

NBC Sports won’t have much time to pop open the champagne after its $500 million Super Bowl revenue haul, as it’ll be focusing on the Winter Olympics, which start less than a week later. Olympics sales have been brisk, outpacing Sochi, despite NBCU’s decision last March to switch its ratings guarantee for Olympics advertisers from households to Total Audience Delivery (TAD), a metric that rolls up the total viewer numbers from a telecast’s linear, digital and out-of-home viewing.

“Rio was a wake-up call for everybody,” says Lovinger of the 2016 Summer Games, in which the linear audience plummeted 21 percent from London in 2012, and the household rating dropped 17 percent to 14.5, as some viewers gravitated to digital platforms that weren’t counted in the high-teens household guarantees. “It’s the same viewing experience, so why shouldn’t we be aggregating that audience, and monetizing it in the same fashion?” 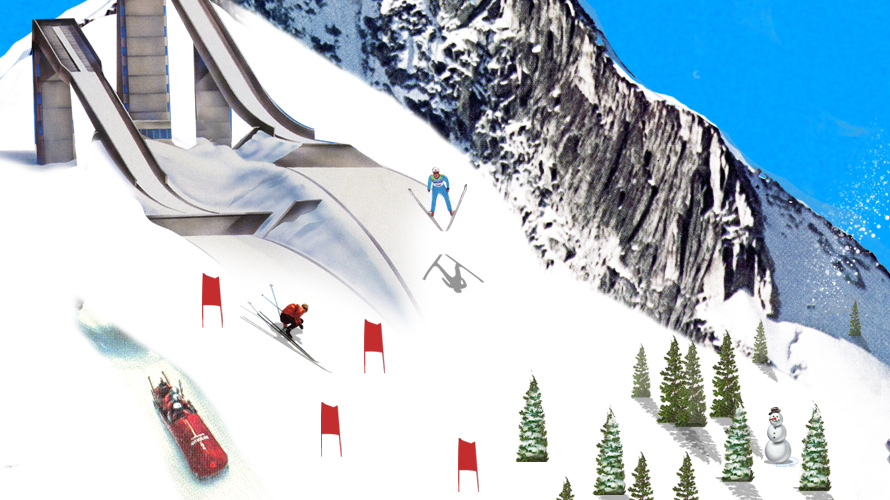 There was a “dubiousness” among some brands, says Lovinger, but others, like Saatchi’s Lisko, who was at the Olympics advertisers summit in November 2016 when NBCU first floated TAD, were immediately on board with the change. “We have to test and learn as an industry together,” Lisko says. As viewing habits radically shift, “we can’t not do anything; we have to find ways to work together.”

NBCUniversal isn’t revealing its TAD guarantee to advertisers, but Lovinger said if the TAD ratings for Pyeongchang are on par with Sochi’s linear audience—where NBC averaged 21.4 million viewers in prime time—most advertiser guarantees will be met. Earlier this month, Mark Lazarus, chairman, NBC Broadcasting and Sports, predicted the Winter Olympics audience across all platforms will be higher overall than Sochi’s, but the linear numbers will be “somewhat less” than during the 2014 Games.

NBC plans to keep audiences engaged by airing its prime-time Olympics coverage live across all time zones for the first time. And the company is reducing the ad load in the Feb. 9 opening ceremony by 30 percent, following viewer complaints about the glut of advertising during the Rio kickoff. “We wanted to create a more continuous viewing opportunity” during the opening ceremony, says Lovinger. The Winter Olympics will also feature six-second ads for the first time, on a “limited” basis in prime time.

As a result of the company’s different approach to drumming up ad business, 60 percent of NBCU’s Winter Olympics advertising dollars is coming from new advertisers. That includes several digital-only packages, for the first time in Olympics history, which were particularly attractive to advertisers targeting younger demos. Twenty Olympics advertisers extended their buys onto the Snapchat platform, which is partnering with NBCU to offer exclusive Olympics content. 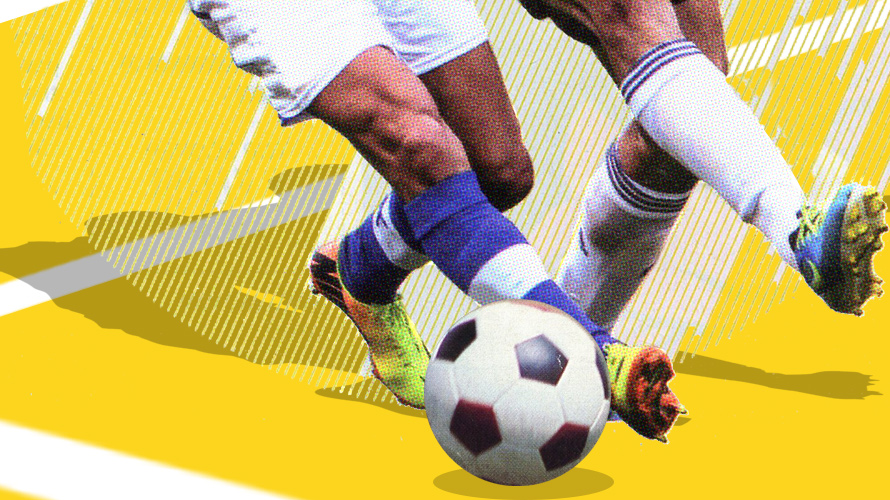 Meanwhile, the sports team is also focused on 2018’s third global sporting event, working with Telemundo on World Cup sales, though that network is handling “a large part” of World Cup business on its own. The tournament is already “extremely well sold,” says Lovinger. And while the elimination of the U.S. men’s soccer team from World Cup contention last October may not be a good omen for Fox Sports, which holds the U.S. English-language rights to the tournament, it has driven more advertisers to Telemundo. “We’ve seen a bit of pickup in activity since then,” says Lovinger.

NBC Sports will have to wait until 2020 to broadcast its next Olympics, and its next Super Bowl won’t air until a year after that, but the team expects its moves over the past two years will continue yielding dividends in the interim. Its Super Bowl spot for Monster should prompt a surge of more custom content deals, as part of an “aggressive, portfolio-wide approach” in that direction, says Yaccarino, pointing to recent partnerships on The Voice, Mr. Robot, This Is Us and Saturday Night Live.

Now, adds Lovinger, “we’re always thinking about, how does the entire portfolio get put to work on behalf of an advertiser? If you can’t figure out how to gather it all together, then you’re not doing the advertiser a real service. And we’ve done that.” 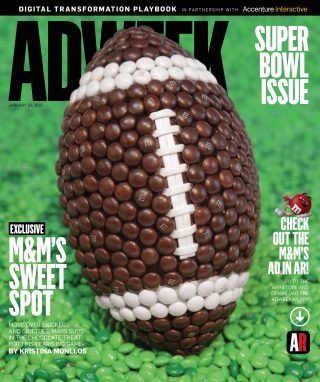 Click for more from this issue
This story first appeared in the Jan. 29, 2018, issue of Adweek magazine. Click here to subscribe.
@jasonlynch jason.lynch@adweek.com Jason Lynch is TV/Media Editor at Adweek, overseeing trends, technology, personalities and programming across broadcast, cable and streaming video.