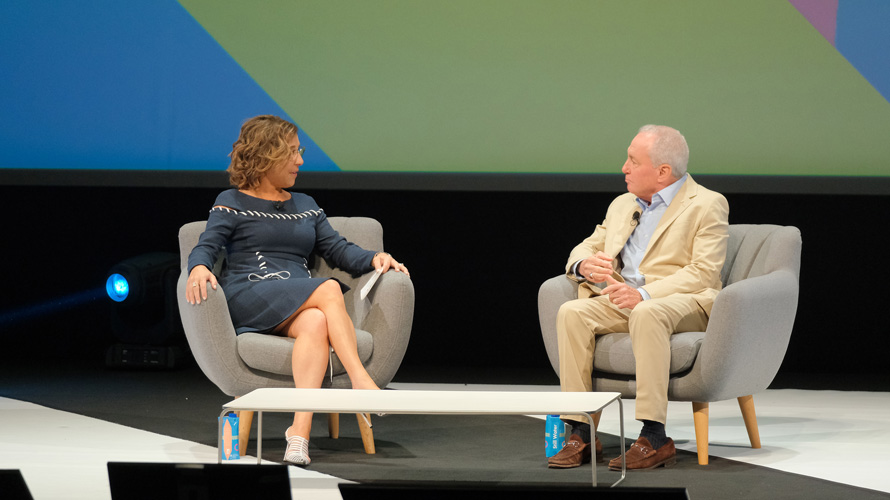 CANNES, France—Saturday Night Live creator and producer Lorne Michaels said that the show wouldn’t be able to be created in this day and age due to budget constraints and “narrow casting.”

Speaking at the Cannes Lions International Festival of Creativity on stage with Linda Yaccarino, chairman of advertising sales and client partnerships for NBCUniversal, Michaels gave a rare public retrospection of SNL over the years as the show heads into its 45th anniversary.

“You couldn’t do this show now, mostly because of budget,” Michaels said, pointing to the depth of costumes and design that goes into each episode. “… You can’t start that now because we’re in an age of narrow casting.”

He spoke of when the show first started, and all he budgeted for was opening credits, closing credits and nine commercial breaks, which gave them just enough time to change wigs and sets, he said.

“You couldn’t do this show now, mostly because of budget. … [W]e’re in an age of narrow casting.”
-Lorne Michaels on creating a show like SNL in 2019

One of the first sketches they did, he explained, were the faux commercials—an ongoing series that the show continues in each season. The room full of creatives got a chuckle out of him giving further insight into their production, highlighting the immense workload while recognizing the fun that inevitably comes from getting a bunch of brilliantly funny folks in one room.

Michaels also offered a peek behind the curtain in terms of how the pitch process works—“You can’t keep talking about last week’s show,” he said—as well as how the celebrity hosts are put to work for hours straight.

“Legally, we can’t make them do all of this,” Michaels said. “But nobody seems to complain about it, so we just keep doing it.”

Michaels also discussed how new cast members come on board and how the show works to get everyone acclimated and comfortable with one another, comparing new cast members and “all the work” to ugly babies.

“You know, all babies are ugly unless it’s your baby … With a new cast member, it takes forever,” he said. ” … It takes time to get used to things, and you have to have faith that although this looks like this now, we’ll get better.”