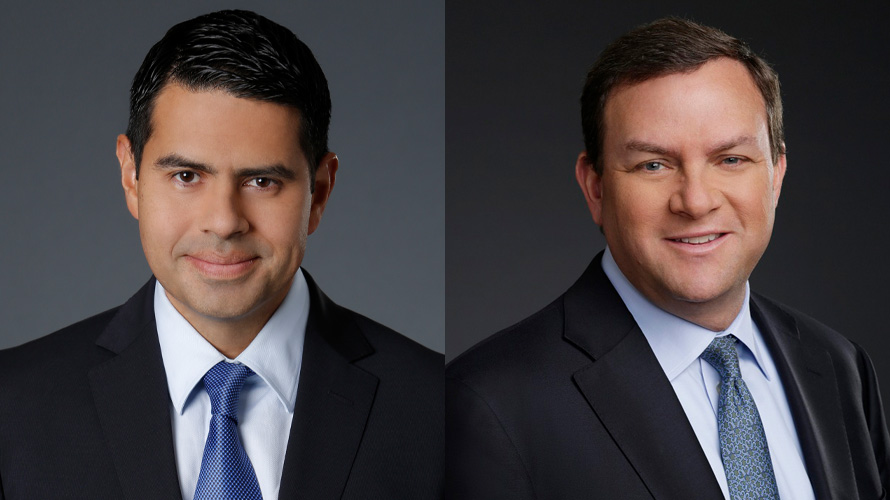 In a major reorganization announced today, Shell is putting Mark Lazarus in charge of all entertainment TV at the company—including broadcast, cable, sports and new streaming service Peacock—while Cesar Conde will now head up all news properties.

As part of the changes, embattled NBC News Group president Andy Lack will be exiting the company later this month.

“This is the right structure to lead NBCUniversal into the future during this transformational time in the industry,” said Shell in a statement. “Mark has a proven track record across every aspect of our television business from sports to local stations to entertainment. He is the ideal leader to oversee our television and streaming portfolio in this newly formed division, which allows us to have a more unified approach to our content strategy.”

Meanwhile, Conde will have oversight of all the company’s news divisions—NBC News, MSNBC and CNBC—in the new role of chairman, NBCUniversal News Group.

“Cesar is a well-respected, strategic leader who has succeeded in multiple roles at NBCUniversal since joining the company in 2013,” said Shell. “Most recently, Cesar has overseen unprecedented growth at Telemundo, which under his leadership has become the number one Spanish-language network, and through its news division has played a critical role in the expansion of news operations, breaking news coverage and trailblazing political reporting. Cesar’s valuable and relevant experience leading broadcast networks and news divisions, combined with his high degree of integrity and proven management skills, make him the right person to lead our news group into the future.”

Lack leaves NBC News after weathering several major controversies in recent years, which led to frequent speculation about his future at the company. Those include the workplace culture that led to the November 2017 firing of Today anchor Matt Lauer for what Lack called “inappropriate sexual behavior in the workplace,” as well how NBC News handled Ronan Farrow’s investigation of Harvey Weinstein for the company, which ultimately led the reporter to take that story to the New Yorker, where he eventually won a Pulitzer Prize for it.

He was also criticized for the Megyn Kelly debacle, giving her a three-year, $69 million megadeal to come to NBC News, only to part ways with her halfway through the deal.

This is Shell’s first big move since taking over as NBCUniversal CEO in January, succeeding Steve Burke, who transitioned to chairman and will leave the company in August.