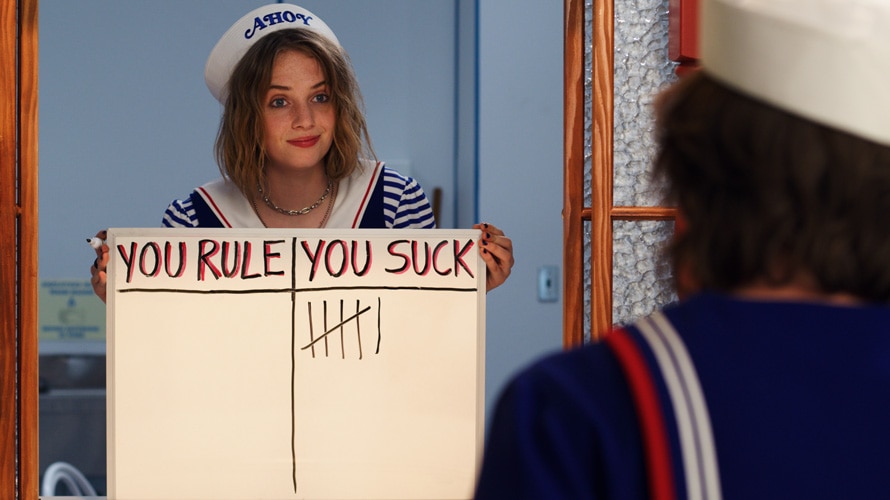 In the last quarter before Netflix will have to stare down major competition from new streaming services like Disney+, the company reported a growing subscriber base in the U.S. and abroad but nonetheless told shareholders that upcoming rival services and other factors may eat into the company’s future net subscriber growth.

In the third quarter, Netflix added 6.8 million subscribers, for a total of 158.3 million globally. That’s a 21% increase from the same time last year but a slight miss from Netflix’s forecasted 7 million net additional subscribers in the quarter.

In its letter to shareholders, Netflix continued to downplay its forthcoming competition but said it no longer expected to exceed the 28.6 million net subscribers it attracted in 2018 and instead expected to add only 26.7 million subscribers by year’s end.

“While we had previously expected 2019 paid net adds to be up year over year, our current forecast reflects several factors including less precision in our ability to forecast the impact of our Q4 content slate, which consists of several new big IP launches (as opposed to returning seasons), the minor elevated churn in response to some price changes, and new forthcoming competition,” the company said.

New streaming services are setting their sights on Netflix and are vying for some of the company’s massive market share in the space. Apple TV+, Apple’s foray into streaming, is expected to premiere on Nov. 1, and Disney’s anticipated streaming service Disney+ is prepping for a Nov. 12 debut. NBCUniversal’s service Peacock and WarnerMedia’s HBO Max are planning to premiere in early 2020.

In addressing the impending wave of competition, Netflix tried to assuage investors by saying their launches will be “noisy” but will not ultimately cut into the company’s long-term growth.

“The upcoming arrival of services like Disney+, Apple TV+, HBO Max, and Peacock is increased competition, but we are all small compared to linear TV,” the company said. “While the new competitors have some great titles (especially catalog titles), none have the variety, diversity and quality of new original programming that we are producing around the world …There may be some modest headwind to our near-term growth, and we have tried to factor that into our guidance. In the long-term, though, we expect we’ll continue to grow nicely given the strength of our service and the large market opportunity.”

On an earnings video call, Netflix CEO Reed Hastings said that while the back-to-back releases of Apple TV+ and Disney+ would mark a busy two weeks next month, “there is not a big change” in the market overall.

“Fundamentally, it’s more of the same,” Hastings said. “Disney is going to be a great competitor. Apple is just beginning, but they will probably have some great shows too.”

A core tenet of Netflix’s strategy is to invest heavily in original programming, which the company hopes will attract new subscribers, retain long-time customers and insulate the company against “the anticipated pullback of second run content from some studios,” the company said. Netflix plans to spend $15 billion on original content in 2019, including in international programming where Netflix’s subscriber growth rate is most pronounced.

“We’ve been preparing for this new wave of competition for a long time,” Netflix said. “It’s why we started investing in originals in 2012 and expanded aggressively ever since.”

Netflix stumbled in the year’s second quarter, growing paid membership by a little more than half of the 5 million additional subscribers it had forecast and losing ground among U.S. subscribers. At the time, CEO Reed Hastings said there was “no one thing” that caused slower-than-expected growth but said the company’s missed forecasts were slightly higher in regions where Netflix had raised its monthly subscription price.

Following that disappointing earnings report, the service had a number of hugely popular releases in the third quarter. The third season of Stranger Things debuted on July 4, and according to both Netflix and Nielsen, became the most-watched original programming debut on the streaming service. Nielsen, which measures Netflix viewership through connected TV devices, said 8.9 million U.S. viewers tuned in to the third season on the first day the series was available.

In today’s letter, Netflix said 64 million member households watched the third season of the series within the first four weeks of its release.

As is usual for the quarterly investors letter, Netflix shed some light on viewership figures that are otherwise opaque. The limited series Unbelievable, which Netflix released in September, was watched by 32 million households in its first 28 days. Season 3 of the Spanish language drama Money Heist (La Casa de Papel) was viewed by 44 million households within the first four weeks of its release, the most-watched show on Netflix in its non-English language territories.

Moving into the fourth quarter, Netflix emphasized upcoming original television series and films like The Crown, which is moving into its third season, The Witcher and the Martin Scorsese film The Irishman.

“Content creation is booming around the world and everyone is vying for consumer attention,” the company said. “Over the next 10 years, many streaming services will grow viewing as streaming replaces linear TV. Our focus will continue to be on pleasing our members and growing engagement because that approach has served us well since 1997.”