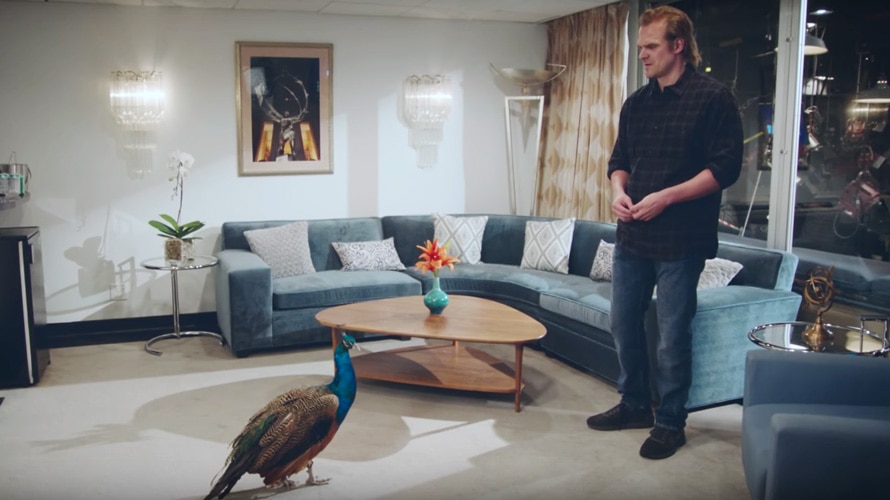 NBC’s new “Comedy starts here” campaign establishes the peacock in its logo as the network’s boss—and comedic genius, responsible for the network’s biggest sitcom hits over the decades.

But there can be a downside to having all that power, which Saturday Night Live spotlights in a new promo spoofing the network’s campaign.

The issue is the peacock bigwig, who is camped in his room. As Bryant explains, “He does whatever he wants. He’s our boss.”

When Harbour suggests using a broom to get him to leave, Bryant warns, “I wouldn’t do that. He has a lot of very powerful friends in the industry.” Plus, one more thing: “Be careful, because he bites.”

NBC Entertainment’s “Comedy stars here” campaign debuted as the new TV season kicked off last month. It emphasizes the network’s iconic peacock logo—now brought to life, just in time for the rollout of NBC’s upcoming streaming service, which has been named Peacock.

That spot features network stars like Ted Danson, Andy Samberg and Amy Poehler following orders from their boss: a blue, squawking, comedic genius peacock. It is airing on all NBC platforms, with different versions spanning linear and digital channels.