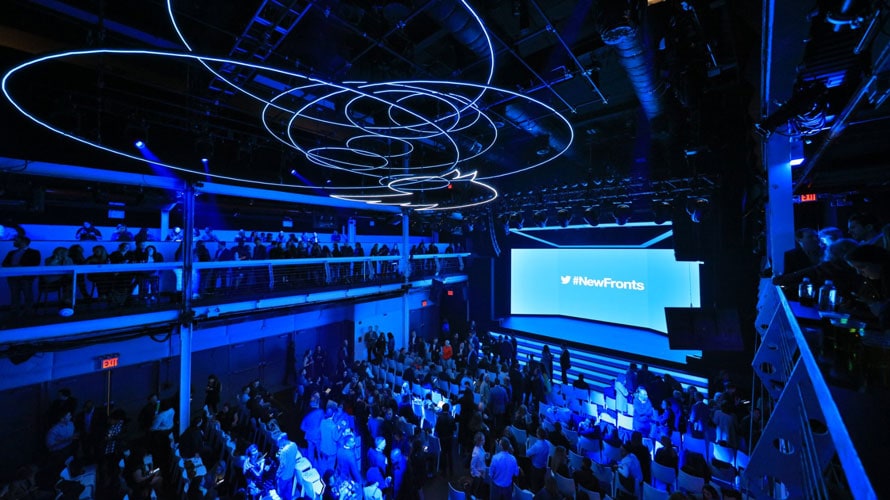 Longtime NewFronts mainstay Twitter said last week that it would no longer participate in this year’s event. Twitter

Not every media company presenter will follow the Interactive Advertising Bureau to its rescheduled NewFronts week in late June.

Following the IAB’s decision Tuesday to delay the NewFronts by nearly two months, to the week of June 22, companies like Digitas, Amazon and Twitter have told Adweek they will no longer appear at the annual series of presentation for media buyers. Twitter was the first to announce it would drop out last week, prior to the postponement, and a spokesperson confirmed that the platform still planned to sit out the June presentation.

“As updates around COVID-19 continue to develop, we are focused on how to best navigate this period of change and uncertainty with our people and our partners,” the company said in a tweet. “With that in mind, we’ve made the tough decision not to participate in IAB’s NewFronts this year.”

A Digitas spokesperson also confirmed that it would no longer participate in this year’s event, and that the company’s focus would instead remain “on our people and our clients.”

Update: On Wednesday afternoon, Amazon—which had been set to make its inaugural NewFronts appearance this year—said that it is also withdrawing from this year’s NewFronts but plans to participate in the future.

A fourth NewFronts presenter, the Walmart-owned Vudu, dropped out three weeks ago, following the IAB’s decision to pivot to a digital presentation.

Other companies are still on board but are figuring out how best to move forward. Publisher Condé Nast still plans to participate in June, according to a spokesperson, but the exact format of the presentation hasn’t yet been determined; Hulu also plans to attend but is working out details. Other presenters, including Roku, The New York Times and YouTube, are ironing out the exact details of their presentations following the date change, and will share more in coming weeks.

“We are committed to doing what’s best for our users, creators and partners, and have been working closely with the IAB throughout this process,” a YouTube spokesperson said. “We will share an update regarding our digital-first Brandcast soon.”

Adweek has reached out to every previously confirmed NewFronts presenter to see whether their plans for participation have changed, and we will update this story as more information becomes available. An IAB spokesperson didn’t immediately respond to a request for comment.

The Digital Content NewFronts, which was initially planned to be held from April 27 to May 6, has already seen a number of changes after COVID-19’s spread in the United States upended what is usually the industry’s busiest season.

After initially expanding its lineup, IAB announced in early March that it would allow presenters to shift from in-person presentations to streamed presentations that buyers can watch remotely. Presenters like Digitas, Hulu, Meredith, Roku, Verizon Media and YouTube told Adweek at the time that they would strike their in-person events and instead shift to digital-only formats.

The NewFronts offer major platforms a chance to show off their programming and ad offerings, and serves as a precursor to the television industry’s upfronts season, where broadcasters tout new programs to buyers. Broadcast upfronts week, which has already faced some early cancellations, may face major changes, as the television industry grapples with what to sell following the cancellation of most major sporting events and tentpole series facing production-related delays.

Media buyers recently told Adweek that it’s unlikely they would be able to conduct upfront negotiations in the usual timeframe as the continued COVID-19 pandemic upends the course of business.